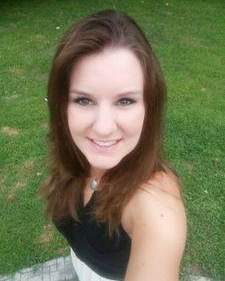 “Nobody cares if you can’t dance well. Just get up and dance. Great dancers are great because of their passion.”

I began my dance career at the age of 3 at the YMCA. I then attended multiple dance studios and studied multiple genres such as ballet, modern, tap, jazz, pointe, acrobatics, lyrical, cotemporary, hip-hop, pom-pom, and clogging. This led to competing all along the east coast, and as far west as Oklahoma, for 6 years in solo and group divisions in numerous competitions, being a part of my high school dance team, and performing with The Blacksburg Ballet. I also had the wonderful opportunity to perform a dance in Krabi, Thailand.

I began assisting with dance classes at the age of 12 and began teaching at the age of 16. Since I knew that dance was truly my passion and what I desired to do with my life, I pursued a degree in Dance Education from Radford University. There I trained under the following professors:

From 2011-2014, was a Dance Instructor and the Assistant Director at a dance studio in Cary, NC, where I taught students ages 3-adult in a variety of genres.

After relocating to the Triad, I became a Dance Educator for Parkland Magnet High School and John F. Kennedy High School for the 2014-2015 school year. Now, I am pleased to be at West Forsyth High School and Walkertown High School. I look forward to watching the students grow as dancers, artists, creators, and individuals.