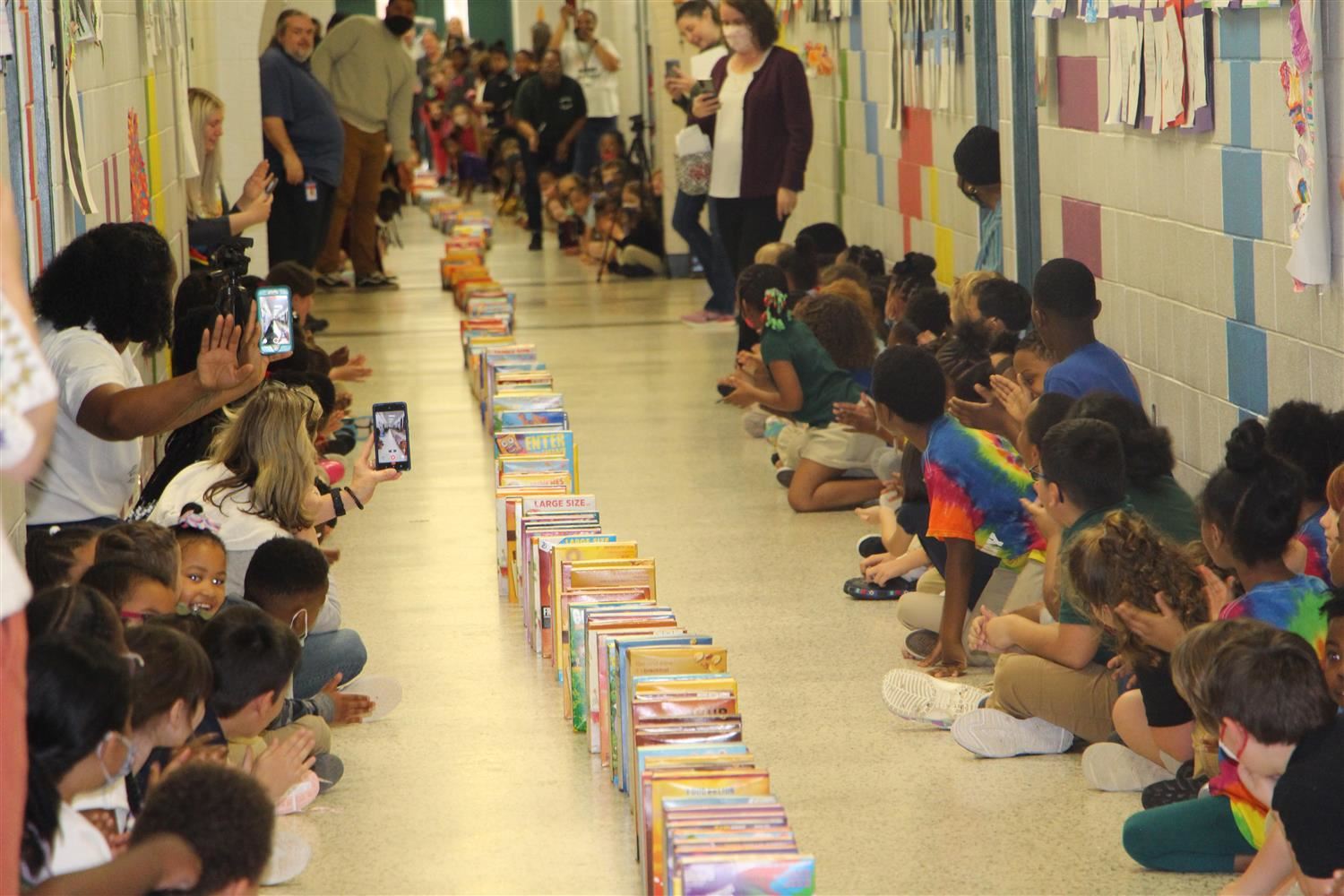 APRIL 7, 2017 – Paisley eighth-grader Parris London learned a valuable lesson reading The Contender – don’t let yourself be disheartened by someone telling you that you can’t succeed at something that matters to you.

“It motivates me to keep trying the stuff I love,” Parris said.

One thing he loves is playing basketball. One day he would like to play in the NBA. Some people have told him that’s not in his future. But The Contender helped him understand that, if that is a dream of his, he should pursue it.

The Contender is a young-adult novel by Robert Lipsyte that tells the story of a boy who, despite trying circumstances in his personal life, chooses to pursue his desire to become a boxer and comes to understand the importance of staying focused and making the effort, whatever the outcome may be. 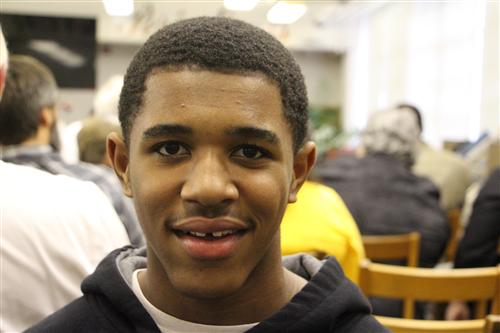 Parris is one of 10 eighth-grade boys at Paisley IB Magnet School who  have been immersed The Contender in recent weeks as part of an after-school sports literacy program.

On Thursdays, boys who were invited to participate in the program met after school with Brown and Dunn to read and talk and listen. At the meetings, Brown and Dunn also shared stories from their own lives.

They read The Contender aloud to each other. 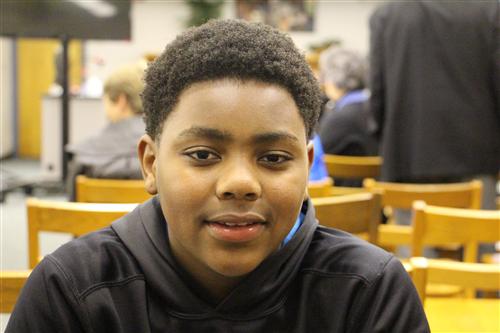 “You could read a paragraph or three pages,” said Corie Boston.

Corie especially liked how the main character Alfred never gave up on a friend who was in trouble and how he stood up to some bullies.

The boys not only read the book, they also had the opportunity to spend time with Lipsyte, who, as a boxing reporter, covered such professional boxers as Muhammad Ali. This school year, he has been working with Wake Forest University and, through Brown and Dunn, he came to Paisley to spend time with the boys.

At the moment, Corie’s dream is to become chef.

“My mom says I cook a very good bologna sandwich,” he said.

His inspiration for following that path comes from his father. “My dad is a very good cook and he tries new things.”

In addition to reading the book, the boys reenacted scenes from the book, including one of the fighting scenes, said Trayle Beasley, who portrayed the referee.

Trayle liked how Alfred turned out well despite having so-called friends who treated him poorly.

Through the sports literacy program, the boys have done more than just read books. They have gone to Wake Forest football and basketball games.

Funding for some activities came through the Black Philanthropy Initiative of The Winston-Salem Foundation and from Wake Forest's Pro Humanitate Institute.

The Contender was written 50 years ago, and, on Tuesday afternoon, Lipsyte, Brown, Dunn and other guests, including Wake Forest officials and representatives of The Winston-Salem Foundation, gathered in the media center at Paisley for a 50th birthday party. Each of the boys received a signed copy of the book to take home and keep.

At the party, several people made it a point to talk about what an important role Allman, who has all of the boys as students, plays in their lives.

“She is an amazing teacher and role model,” Brown said.

One lesson he learned from Allman, Dunn said, is the importance of talking to the students as you would talk to an adult.

He has also learned a lot from the boys, he said. “I have gotten understanding, patience, happiness.”

“They taught me how to listen. Sometimes, all they need is to be heard.” 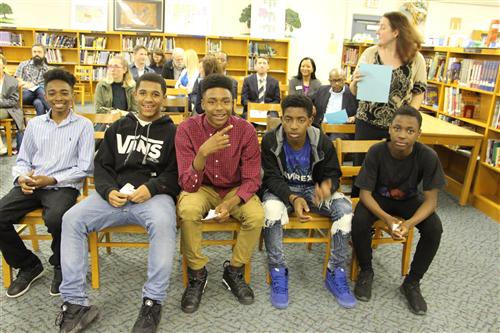 Cone also made a point to praise Allman.

“Miss Allman embodies the old axiom that kids don’t care what you know until they know you care,” Cone said.

Cone went on the say that it was clear that Dunn and Brown also care.

When it was his turn to speak, Lipsyte gave a vivid talk. He knows precisely the moment that idea for the book was born. On Nov. 20, 1965, he was in Las Vegas to cover a boxing match between Floyd Patterson and Muhammad Ali. Sitting in the dark by a deserted pool outside of a casino about 9 p.m., he ended up talking to a boxing manager who told him a story about waiting for a young man to overcome his fear enough to climb the stairs to come speak to the manager about working with him.

“The picture of those stairs stayed with me,” Lipsyte said.

One of the points that Lipsyte made in speaking to the students and others present is that it matters not whether you ever become a champion. Winning a championship may depend on timing and other circumstances outside of your control. 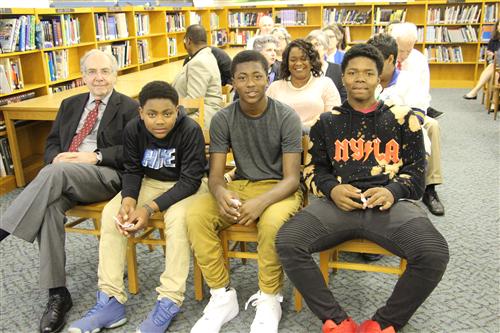 What does matter is what you can control and that is putting in the time and effort to become a contender.

Lipsyte also made a point to thank the boys.

“I don’t think there can be a greater gift to a writer than a reader,” he said.

After that, the boys gave him another gift. Having picked out a passage that was particularly meaningful to them, they read it to everyone and then talked about what it meant to them.

After reading his selection, Parris said, “It’s good to know there is someone out there with heart.”

The Paisley boys participating in the after-school sports literacy program are: