Rockets to the Rescue 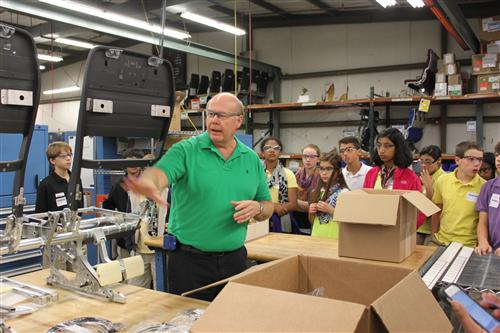 OCTOBER 10, 2014 – By the end of their field trip on Wednesday, students from Kennedy, Hanes, Wiley, Paisley and Brunson had built rockets to bring supplies to people stranded on an island, hobnobbed with engineers and learned about what goes into designing and testing airplane seats.

It was a valuable experience for the students, said Stacy Swanson, the tech facilitator at Brunson Elementary School. “I think it’s really important for kids, even at a young age, to think about engineering and computer science and how it changes the world.”

It was all associated with the 4-H National Youth Science Day program put on by the Forsyth County 4-H at the Forsyth County Agriculture Building near Smith Reynolds Airport. Altogether about 60 students from the five schools attended. 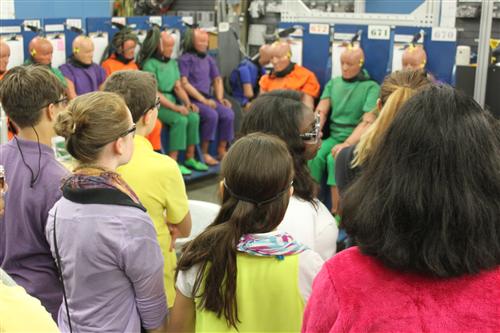 The project to build and launch a rocket that would bring food to an imaginary group of people stranded on an island was called Rockets to the Rescue, a national 4-H program that had young people throughout the country working on the same project on Wednesday.

The day for students here included talking with professionals in the STEM (science, technology, engineering, math) world and finding out more about what jobs in that world are like and what students need to do now and in college if they want to pursue them.

B/E Aerospace is directly across the road from the Agriculture Building, and Kim Marion, the school system’s interim magnet schools coordinator, had arranged for the field trip to include tours of the building where B/E designs and tests the airplane seats that it manufactures for airlines in countries around the world.

Students from John F. Kennedy High School and Hanes Magnet School made up the first group to take the tour. As Steve Huddleson, the company’s manager for prototype and testing, showed them seats in various states of design and construction, he talked about the tests necessary to ensure that they were as safe as possible. Along the way, he painted a picture of an international business by pointing out that particular seats were being created for airlines in such countries at Ethiopia, the United Arab Emirates, Vietnam and Australia. 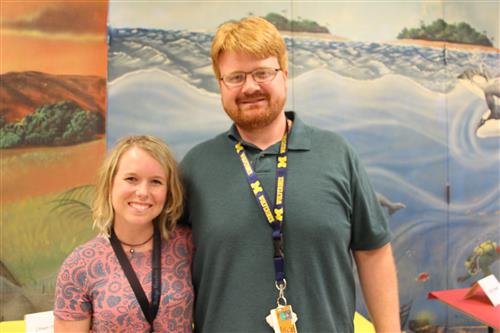 Huddleston said that when he started working for the company in 1979, it had 10 engineers. Today it has 400 and could use more. One of the purposes of the day was to encourage girls to consider going into engineering and other STEM fields, and the group that science teacher Jessalyn Woods had brought from Kennedy was made up entirely of girls. Huddleston said that about 10 percent of the people in the engineering department are women and that it’s a field in which women are welcomed.

Along the way, students learned about the strengths and limitations of such materials as aluminum, carbon fiber and titanium. Of particular interest to the students was the crash test sled. There, dropping a 15,000-pound deadweight sends dummies sitting on prototype seats shooting down a track at 44 feet per second. Cameras that take 1,000 frames per second record the crash so that the engineers can analyze what happened and what, if any, changes they need to make to a design. After the tour, Chasmyne Carter, who is a seventh-grader at Hanes, said that she was surprised to learn how complex the process of designing and testing airplane seats is.

“I thought it was going to be really easy to design plane seats,” Chasmine said. “But not really. It takes a lot of work and money.”

Another seventh-grader at Hanes – Ben Armentrout – plans to become an engineer one day so he was delighted to see all the equipment and materials that the engineers at B/E Aerospace have to work with.

“I was really interested in all the parts and tools there are. I would love to have access to them and do something,” Ben said. “I like tinkering with stuff – putting stuff together and trying to improve on what I made.”

Tours for the students from Brunson, Wiley Magnet Middle School and Paisley IB Magnet School followed. “It was interesting and fun,” said Cate Shoaf, who is in the fourth grade at Brunson. At the moment, she said, she is thinking about becoming a veterinarian but she knows it’s too early to know for sure and she liked learning more about other possibilities for the future.

Makala Keeley, who is an eighth-grader at Wiley, said that the tour had the side effect of easing her fear of flying, because she was encouraged to see how much effort went into ensuring that passengers are as safe as possible.

Once all the B/E Aerospace tours were done, students met in one of the auditoriums at the Agricultural Building for a panel discussion with Samantha Magill of Honda Aircraft Co., Chad Pinger of TIMCO Aviation Services, Kristen Rhinehardt of the Joint School of Nanoscience and Nanoengineering at the University of North Carolina at Greensboro, and Jennifer Jumes of Cessna Aircraft Co.

Joseph Baker, who is the pre-college coordinator at Winston-Salem State University, served as the moderator.

One point that emerged as everyone talked was that what you imagine you want to do for your career when you are young and what you end up doing are not necessarily the same, in part because you might not know about all the possibilities when you start out.

“The beautiful thing about engineering is there are so many facets to it,” said Pinger, whose love of drawing turned into a career as a project engineer.

Learning about possibilities is one of the things that makes such field trips valuable. Jumes, who started out as a mechanic at Cessna and went on to become the person responsible for scheduling aircraft repairs, said that she thought it was great that the students were able to get a taste of the real world by taking the tour of B/E Aerospace and by talking with people in the work world. When she was the students’ age, she said, “We had to find out about the real world by going into the real world.”

Rhinehardt, who is working on her doctorate, has a degree in biological engineering and has designed prosthetics. That intrigued Chigaemecha Oparanozie, an eighth-grader at Paisley. He plans to go into biotechnology and didn’t know before the field trip that was a possible path he could follow. 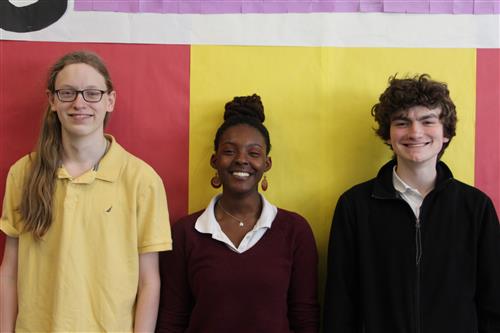 Chigaemecha ended up asking three questions over the course of the discussion, in part, because he was interested in knowing more about what he needs to do to prepare him for careers like theirs. Afterward, he said that he found what they said valuable.

“It gave me an understanding of what I need to do,” said.

The tour appreciated the tour as well. “I am a hands-on learner.”

“I am going to say that this was an awesome field trip and that I am really glad that I came,” said Benjamin Vye, a sixth-grader at Paisley.

“It opens doors from them,” said Dan Loftis, the teacher who led the group from Paisley. “They can see job opportunities and college opportunities they haven’t thought about. I loved the panelists being here and participating.” 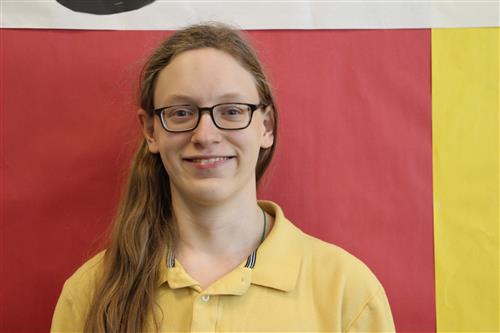 It had been a valuable experience for her students as well, Woods said. “I think it’s important for them to get exposure to see who science plays out in the real world. It might spark interest in something they have never thought about.”

And it certainly helped turn the abstract into concrete. At B/E Aerospace, Huddleston had given them a part made out of titanium to hold and pass around. “Now it is not just an element on the Periodic Table,” Woods said.

The panelists stuck around and visited with students who wanted to make a more personal connection.

Accompanying the Hanes students was John Boyd, a member of the Project Lead the Way teaching team, which focuses on STEM. “Part of this is to give exposure to different businesses in the community that employ STEM concepts,” he said. 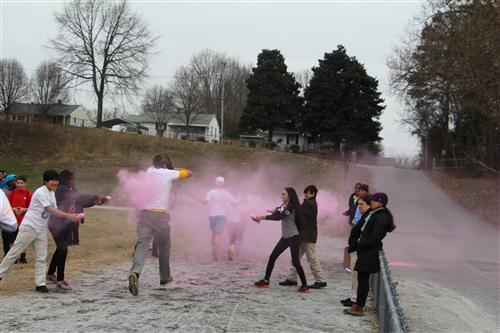 Hanes students have also field trips to such other local businesses as Kaba Access Control, which manufactures locks and other security systems. “We are giving them a broad exposure,” Boyd said.

Also attending were Mark Tucker, the director of Forsyth County Cooperative Extension; city council member Vivian Burke, and county commissioner Walter Marshall. “We hope you will use this as a stepping stone to the future,” Marshall said to the students.

For the Rockets to the Rescue project, students were given kits that, working in teams, they could put together in various ways depending on what they thought would best serve their goal of launching their rocket and having it land on the island – a wooden circle that had been set up in the Agriculture Building parking.

After everyone had lunch, it was time to build those rockets and save those hungry people stranded on that island. 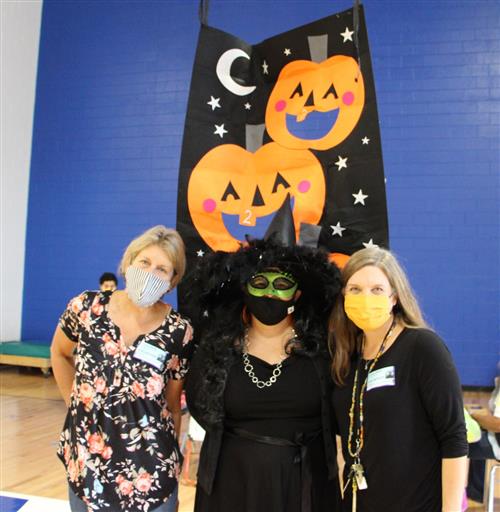 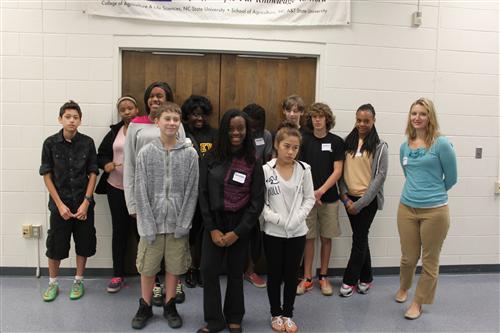 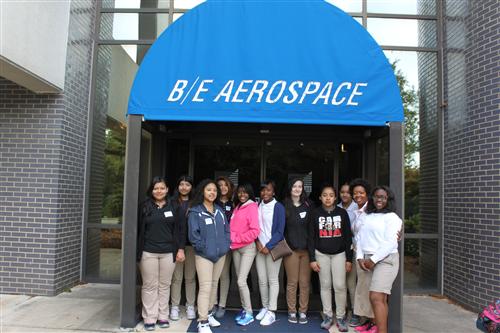 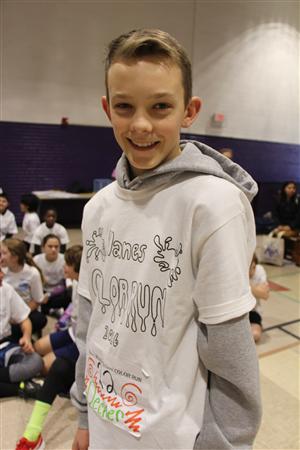 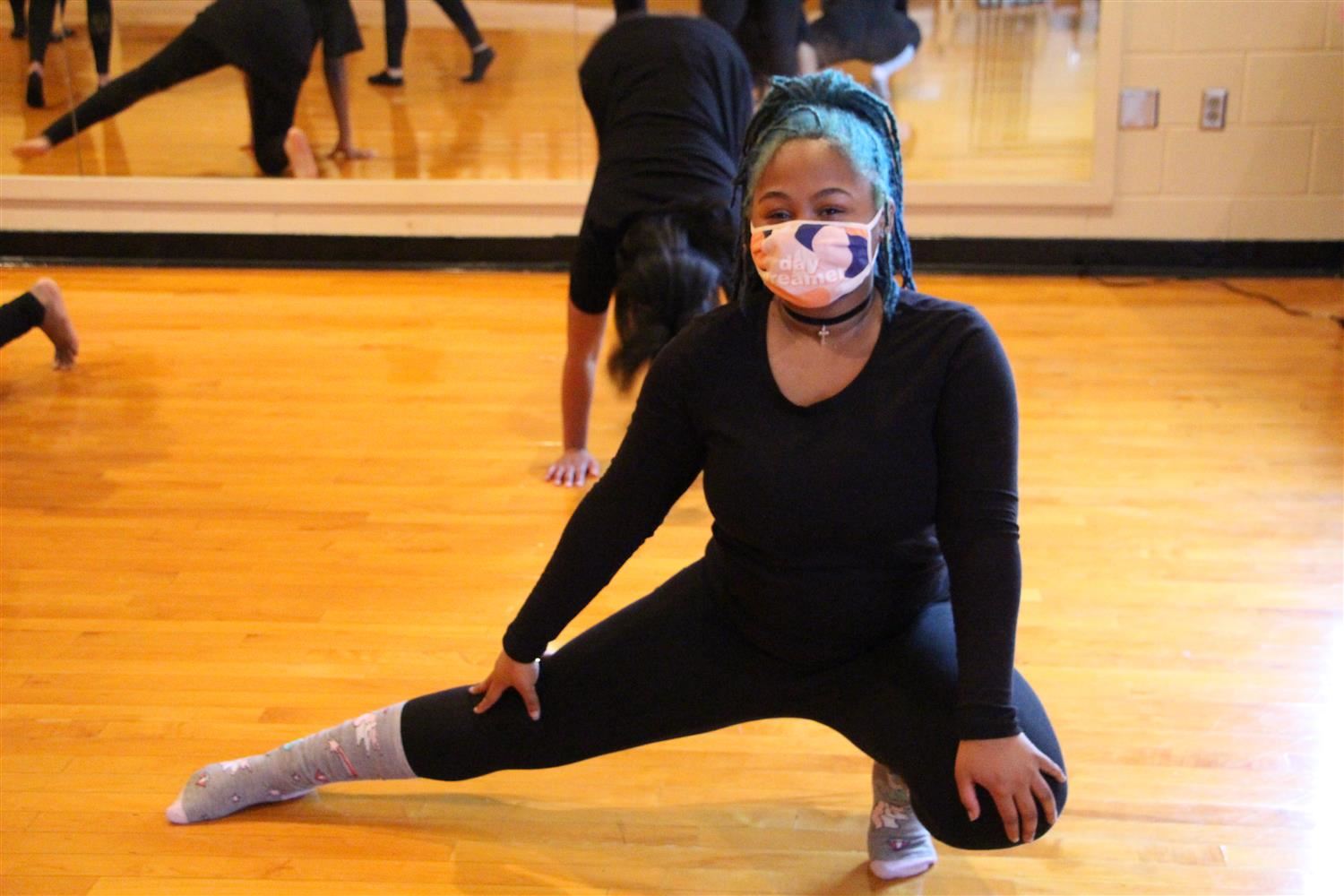