MAY 4, 2016 – For more than 30 years, students at Kernersville Elementary School have raised money each year to support one worthy cause or another.

Three years ago, when a classmate named Nicholas Thornton died from a condition called aplastic anemia, the fifth-graders decided they wanted to honor him by raising money for a scholarship named in his honor that would go to a senior at East Forsyth High School. That’s where Nicholas would have gone to high school.

“It means a lot to us,” said Nicholas’ father, Jon.

“It means the world to us,” said his mother, Nancy. “It was developed by Nicholas’s friends.”

“This is our community,” she said.

On Monday, the 18 fifth-graders in the academically gifted program at Kernersville, along with fourth-graders serving as their trusty assistants, set up stations in the auditorium and offered other students all sorts of games and treats for, say, 50 cents, 75 cents or $1. 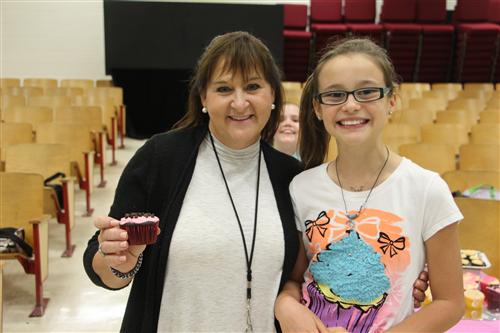 “They come up with a theme and decide what they want to sell,” said Tammie Webster, the teacher who has been organizing the event. This year, Webster is teaching fourth grade, so fifth-grade teacher Debra Lackey has also been helping to organize the project.

Students visiting the auditorium could dip a strawberry, banana or giant marshmallow in a chocolate fountain. They could play a card memory game for the chance to win candy. They could go fishing for plastic rings and other fun items.

And, most certainly, they could buy a doughnut at Crystal’s Donut Shop.

“I like doughnuts,” said the proprietor, fifth-grader Crystal Velasquez.

Thanks to the efforts of Crystal’s father, Obed, her stand was quite substantial. Fourth-grader Ameerah Mendez was there to help Crystal sell doughnuts as well as Crystal’s older sister Kathrinne, who goes to Forsyth Technical Community college.

Crystal said she was happy to participate because it’s important to take care of others. 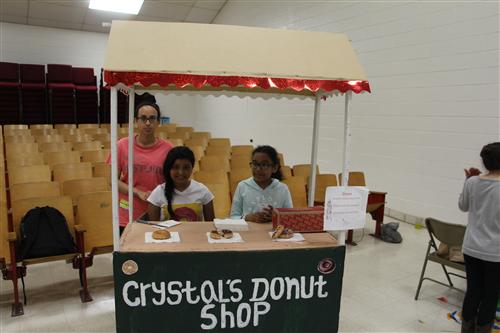 Fifth-grader Linda Sandoval expressed similar thoughts. Her family already had a chocolate fountain at home so she thought something using that would be the way to go. Her mother, Herlinda, and fourth-grader Sarah May were there to help, and those who wanted to dip a strawberry in the fountain could do so for 50 cents. A banana cost 75 cents and a giant marshmallow went for $1.

In addition to raising money for a meaningful cause, another purpose of the project was to help students begin developing their skills as an entrepreneur.

“It helps kids know about what they are going to do for the future,” said Herlinda Sandoval.

A fringe benefit for Linda was being able to make purchases at all the other carts and stands. She had been taking full advantage, and, as she listed everything she had already tried, a natural question arose: “Are you still planning to eat lunch?”

Probably not, she said.

With both of Nicholas’ parents being long-time teachers in the school system, many students were connected to his family even if they didn’t know Nicholas personally. Sarah’s mother, Lisa May, is a school social worker so Sarah already knew his parents. Jon Thornton taught fifth-grader Maggie Moore’s older siblings.

Maggie and fourth-grader Briseyda Juarez had set up a fishing booth where players could fish for surprises that the girls had bought from Oriental Trading Co. When Jon Thornton stopped by, his catch included a blue plastic mustache. 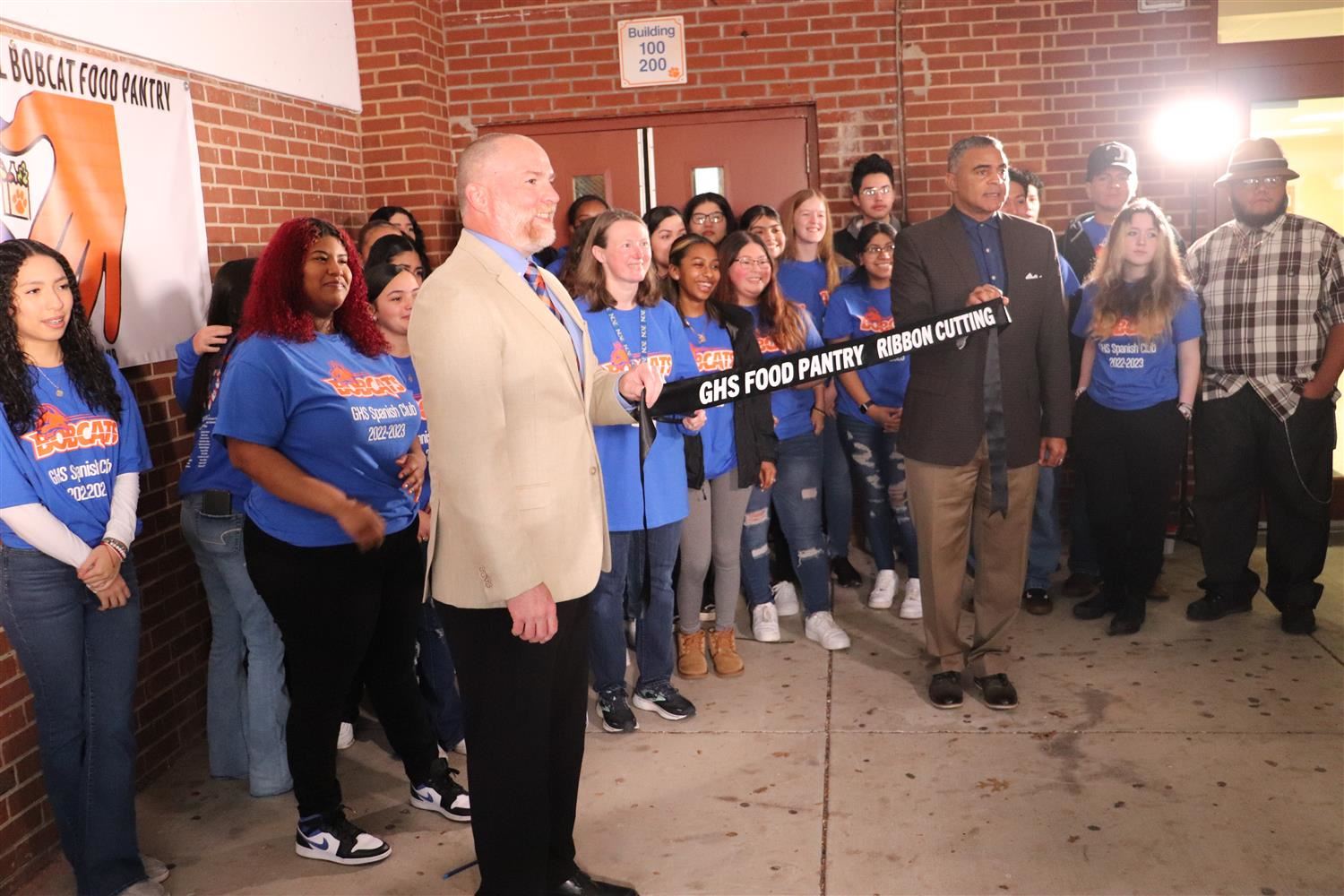 The girls, too, were happy to participate.

“It not only helps pay for college it also raises awareness of what Nicholas had,” Maggie said.

“It helps keep Nicholas’ memory alive and it honors him,” said Briseyda.

Using playing cards, fifth-graders Michael Tart and Alex Arredondo and Dillon Pratt had set up a game in which players could look at the cards face up and then try to match them when they were flipped over. Those who did could win candy.

Speaking of Nicholas, Alex said, “He is the whole reason we’re doing this.”

“Kids who don’t have money can get a scholarship,” he said.

Another benefit, Lackey said, is that it helps the students understand that every person’s contribution makes a difference. The Nicholas Thornton Memorial Scholarship is for $1,000. 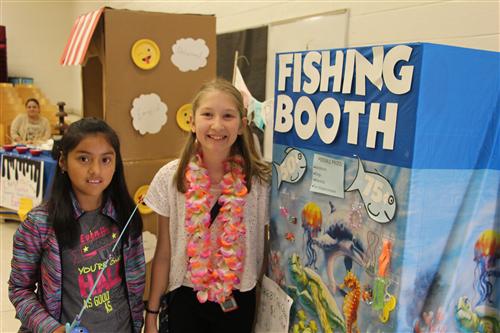 It would be hard for a single elementary student to raise that much on his or her own, Lackey said. With each of them contributing, though, they can raise hundreds of dollars. This year, the Kernersville Elementary students raised $976.

Nicholas’ parents are happy to make up any difference each year.

East Forsyth seniors interested in being considered fill out an application, and, with the help of Webster and Lackey, the fifth-graders choose the winner. On May 20, Owen Bovender, a close friend of Nicholas who is now a seventh-grader at East Forsyth Middle School, will announce the winner at the high school’s Awards Day.

In previous years, the project has supported such causes as Brenner Children’s Hospital, veterans’ organizations and animal shelters.

“I think it’s cool that we have done it for literally 30-plus years,” Webster said.