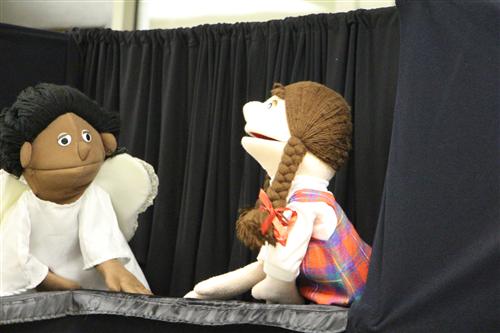 MAY 5, 2017 – The other day, puppet versions of Cinderella and her fairy godmother visited third-graders at Bolton Elementary School.

They were there to talk to students – as delicately as possible – about such topics as child abuse. Cinderella, her fairy godmother and the other characters looked as if they were related to the Muppets so, when they appeared from behind the curtain, many of the students laughed in delight.

The wicked stepmother soon established her credentials as a not-nice character by yelling at Cinderella and then acting as if Cinderella was responsible for her unpleasant behavior.

“You know how shouting hurts my delicate voice,” the wicked stepmother said. 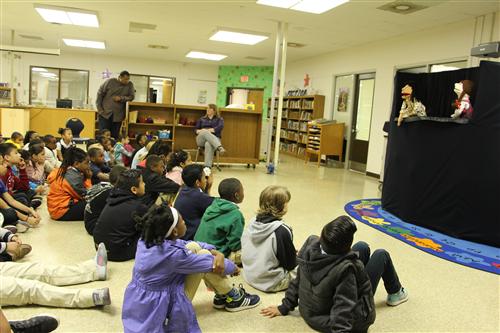 After the stepmother had established quite rudely that Cinderella going to the ball was out of the question, she left to wake her daughters and the fairy godmother came on to comfort Cinderella.

“She really needs to get some help herself to control her anger,” the fairy godmother said.

Cinderella – or Cindy as she was called in this play – had come to Bolton courtesy of the Junior League of Winston-Salem, and, by the time the morning was over, Junior League members Sarah Blackwell and Leah Crowley had presented four vignettes that focused on one aspect or another of inappropriate behavior on the part of adults.

Members of the Junior League have been going into Winston-Salem/Forsyth County elementary schools since 1986 to present the show. Called You Can Always Talk to Someone, it urges students to speak to an adult should something inappropriate happen. 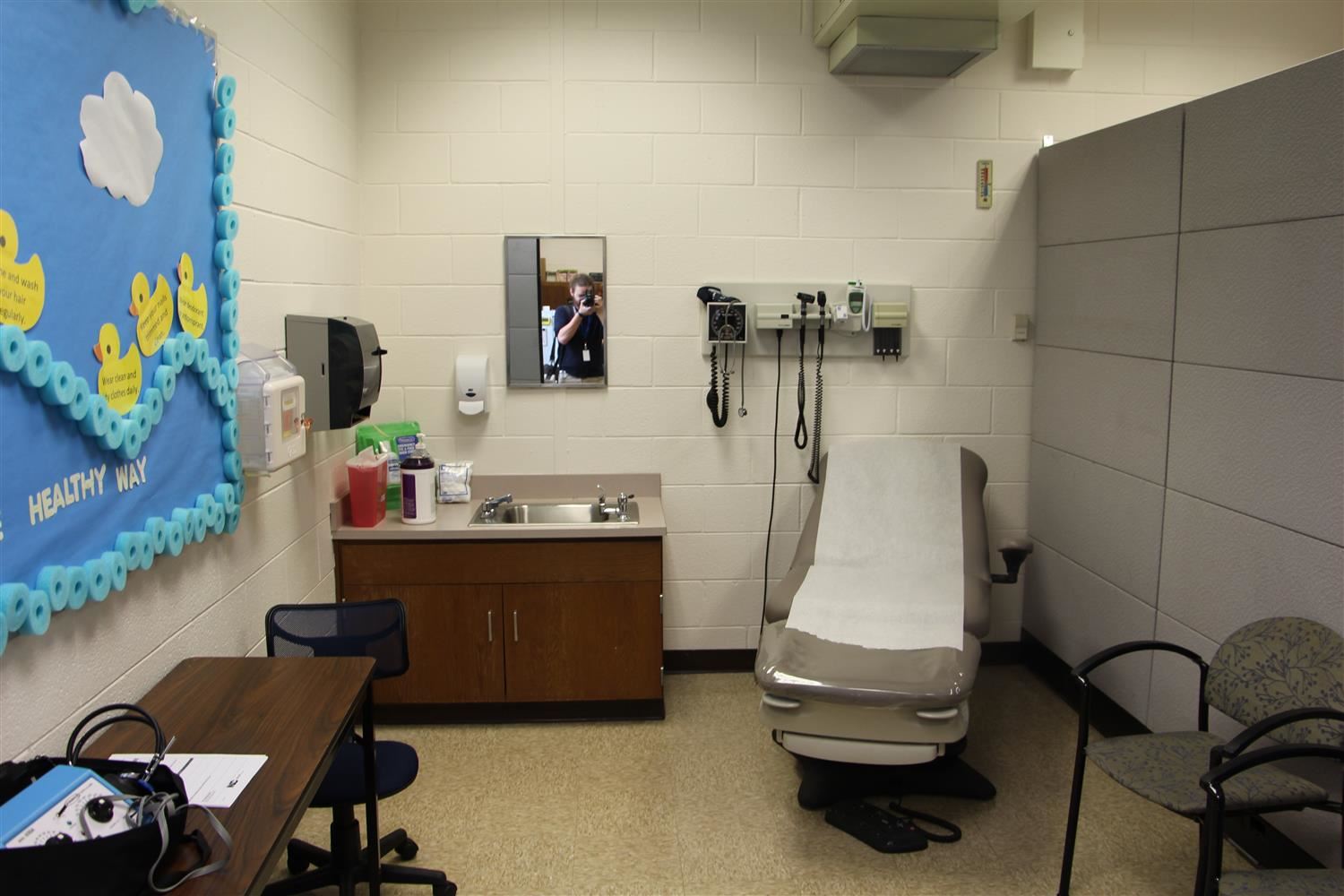 During the 2016-17 school year, Junior League volunteers spent more than 160 hours putting on shows at different schools and about 4,400 third-graders saw the show. By some estimates, 100,000 students have seen it since the project began.

Bolton third-grade teacher Mildred Benjamin has been with students watching the shows for a number of years, and, for her, the shows are quite valuable.

“The value of the puppet show is children should know their life is of value and they should never be abused or touched in an inappropriate manner,” she said.

Third-grade teacher Warren Glover also believes in the value of the show.

At the Bolton show, Kara Anglin, who a school social worker, and Rinita Williams, who is a school counselor, sat in chairs that flanked the puppet theater that Blackwell and Crowley had set up in the media center. In between vignettes, Crowley would come out and talk directly with students. When she talked about the importance of letting another adult know about inappropriate behavior, she would point out Anglin and Williams as good people for them to approach. 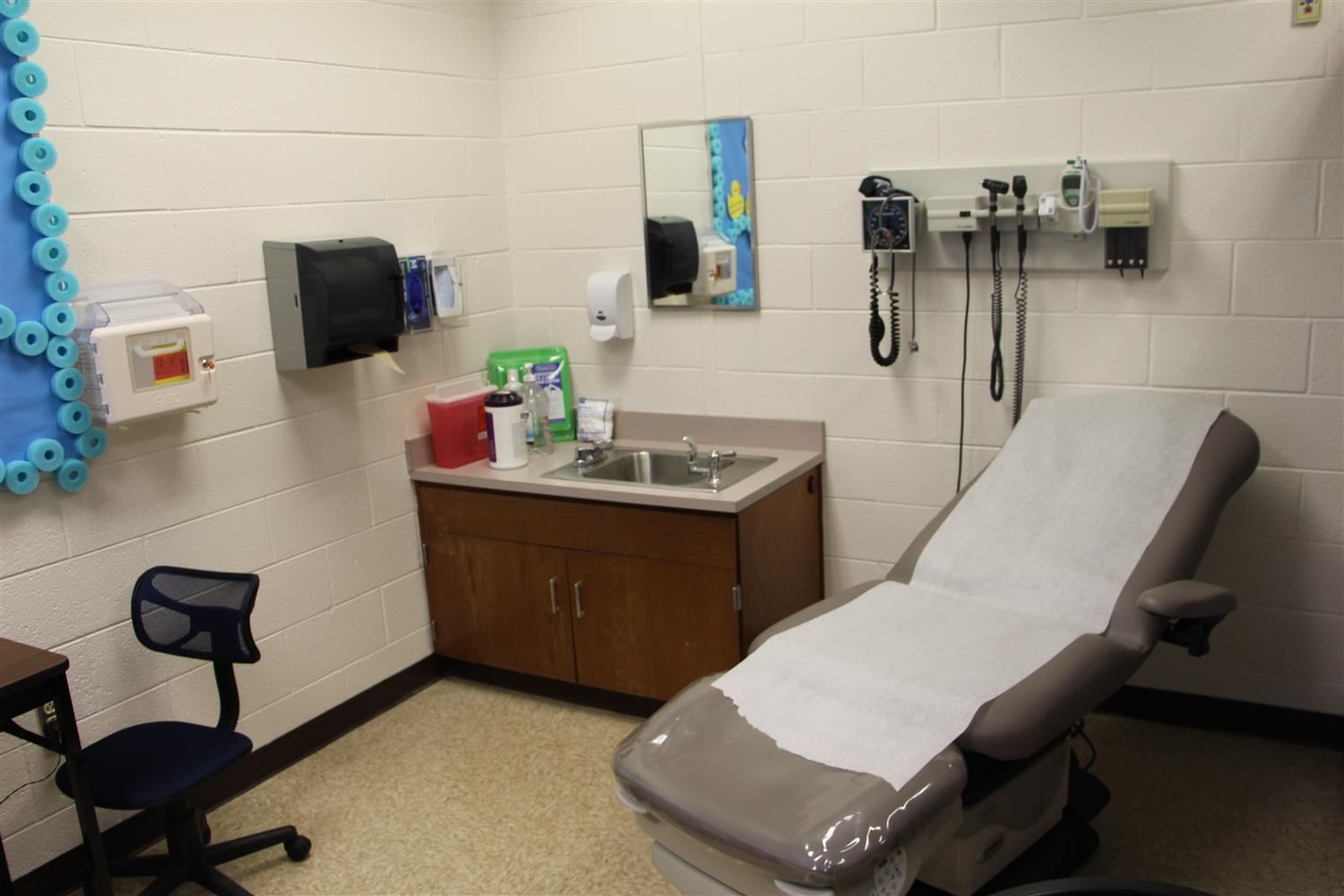 “This gives them an opportunity to see all of the support they have at school and introduce them the ways they can come forth and talk,” Anglin said.

Third-grade is a good time for such a presentation, Williams said, because it’s an age when students begin becoming more aware of such issues.

During vignettes, Anglin and Williams would keep an eye on the students, looking to see whether, from some student’s expression, it might be good to check in later with the student. When they speak with a student after a show, Anglin said, they have to find that delicate balance that enables the child to be comfortable enough to open up. 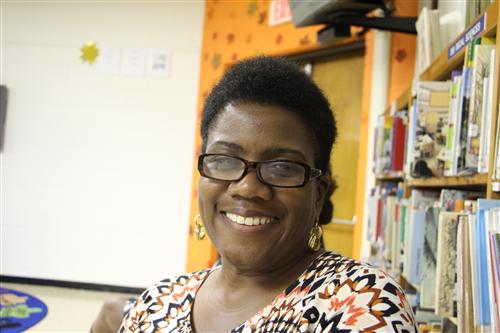 As part of the presentation, the students were given the opportunity to talk about other adults they could talk to. In addition to the school counselor and social worker, they brought up such adults as parents, grandparents, teachers and police officers.

When the Junior League started the puppet shows, the dangers presented by Internet – where, say, adults can pretend to be children and do such inappropriate things as set up a meeting – were not yet a problem. Now they clearly are, and, with that in mind, the Junior League added a fourth vignette in 2009 that deals with such issues.

“Some kids you meet in chat rooms may not be kids at all,” students are told.

And they are told to never, ever give out their name and address or agree to meet someone they  don’t already know in person. “Anytime you put out information online, you can be putting yourself in serious danger.”

The shows also address the difficult question of whether a child should tell someone when he or she knows that something inappropriate is happening to another child. Yes, you should usually keep your word. But, in the case of someone being hurt, you should tell an adult even if you promised another child that you wouldn’t say anything.

To lighten things up, the show makes the point that you do keep your word not blabbing about a surprise birthday party.

Neglect is also covered in one of the vignettes in the show.

Students seem to get a lot out of the puppet shows, Blackwell said. “They really get into it.”