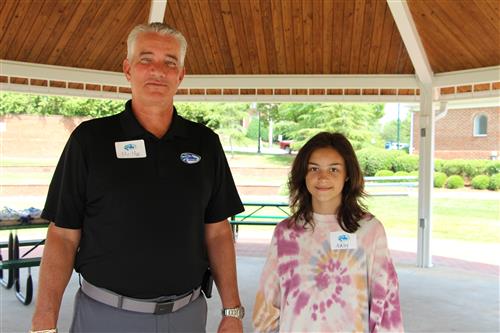 FEBRUARY 20, 2018 – When slaves were using the Underground Railroad on their journey to freedom, people helping them would display quilts with symbolic “code” patterns that provided valuable information.

A code pattern known as “Wagon Wheel” would let them know that they needed to get ready because they would be leaving soon. Once they were on their journey, other quilt code patterns helped along the way. One called “Bear’s Paw” would tell them to follow a certain path because it would lead them to food and water.

On Monday, Amanda Gordon, an art teacher at Diggs-Latham Elementary, took a group of her art students to the Delta Arts Center on New Walkertown Road to learn more about those quilt codes and to make coded quilt squares themselves. 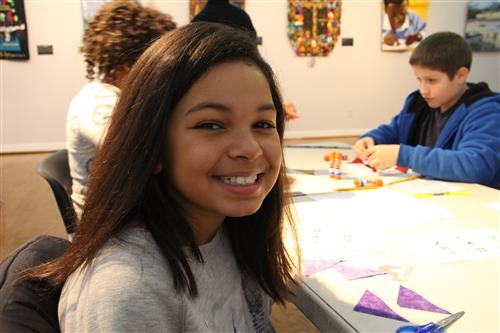 “We hope we will reinforce a little bit of American history, in particular the Underground Railroad,” said Peggy Moore, one of the people at Delta working with the students.

Moore is a board member of Delta Arts Center, which was established to support art by African-Americans. She also makes quilts. She’s been working on one that incorporates many of the symbolic patterns used along the Underground Railroad, and she had it on display.

Whether such code quilts were really used is still a matter of debate among some people, Moore told the students. What was real, for certain, was the Underground Railroad and the effort that went into slaves finding freedom.

As the students sat at tables set up in the main gallery, they were surrounded by the current exhibit of small quilts that artists made in honor of Nelson Mandela, a South African political leader. It’s on loan from the Michigan State University Museum. 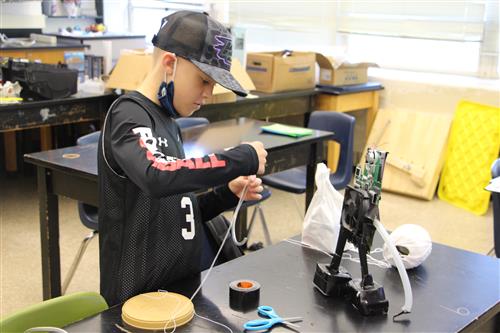 In the minutes that followed, Moore took the students through 10 quilt code patterns that included such names as “Bowtie,” “Log Cabin,” and “Shoofly.”

Along the way, fourth-grader Zaree Fulwood also proved to be quite knowledgeable about history. Later, after everyone had started making their quilt squares, she said that she had learned a lot about history from her grandparents, who are African-American. When they were growing up, Zaree said, water fountains were segregated with whites using one water fountain and blacks using another.

Her grandfather told her a story about a friend who wanted to see what the water tasted like at a “white” fountain. Her grandfather volunteered to keep watch but they were caught and got into trouble. 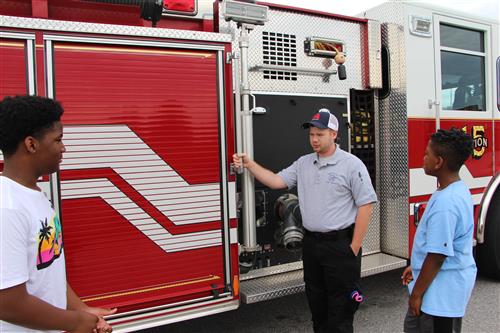 Zaree has also done a lot of reading about Harriet Tubman, Martin Luther King Jr. and others on her own.

“I love books,” Zaree said. “It’s good to know about your culture and where you come from.”

Laureyan, who is thinking about becoming a librarian one day, has also done reading about history on her own.

“It’s nice to learn about what happened a long time ago,” she said.

When the students began making the quite code patterns, volunteers such as Jeri Baker, Joyce Mathis, and Roslyn Jones helped the students. Mathis and Jones also make quilts. Many are donated to organizations that serve children, women and people who are ill.

For Gordon, the visit to Delta Arts Center was valuable not only because it helped students develop a deeper understanding of history in connection with Black History Month but it also introduced them to a gallery right here in Winston-Salem that is filled with art by top artists. 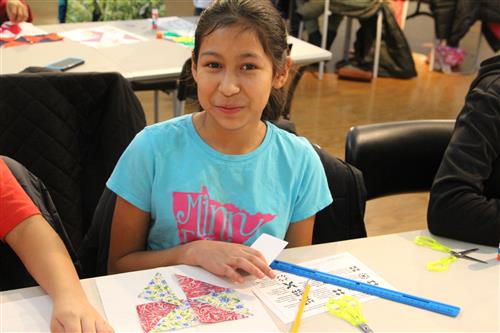 While making his quilt square, first-grader Tianta Rice said, “This is a lot better than regular school because we are doing art all day.”

Making art was much better than having to write about history, Tiante said.

Victor said he likes making art in general because you get to use your imagination.

On her own, she likes to make sculptures and paint, and she already knows that she wants to make her living as an artist one day.

Fifth-grader Alejandra Garcia said she particularly liked the “Wagon Wheel” pattern because of its message to get ready to go. It would be scary to go on the Underground Railroad, she said, but she could do it to make her way to freedom.