“I always want my kids to know I am involved in their education,” Walker said.

Her daughter Brihanna Brown is a fourth-grader at Middle Fork. Walker also has two older daughters, and reading has been an important part of their lives, she said. Everyone routinely reads together.

For her visit to Middle Fork, Walker was reading to several classes in addition to her daughter’s, and she was planning to read one of her favorites – The Cat in Hat by Dr. Seuss – to the younger students. 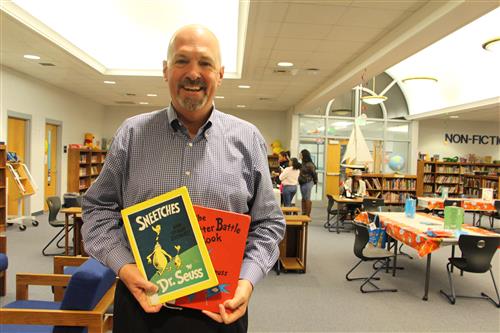 Walker had lots of company at Middle Fork that morning. Readers included more parents, people from the Forsyth County Sheriff’s Department, and Eric Groce, a Professor of Elementary Education at Appalachian State University, who had come down for the morning.

When Groce was an elementary school teacher in Houston, he said, he considered the times when he read aloud to students one of the most valuable parts of the day.

“I used to reserve that for the end of the day,” Groce said. “It was a good way to send them home.”

Parent Brandon Horne was there to read in first-grade teacher Kenyatta Johnson’s class, where his son, Brandon, is a student. Horne was there because he wanted to give back to the school and to support reading, which he does regularly with his son.

“We read every night, and we read before we come to school in the morning,” Horne said.

Parent Ronnie Stewart, whose daughter, Victoria is a fifth-grader, said, “Education is very important to everyone, and reading can take you place that, in many cases, you might not otherwise go.”

Ashlee Yuskis’ son Finn is in kindergarten, and they read together every night. Hop on Pop by Dr. Seuss is special to her. 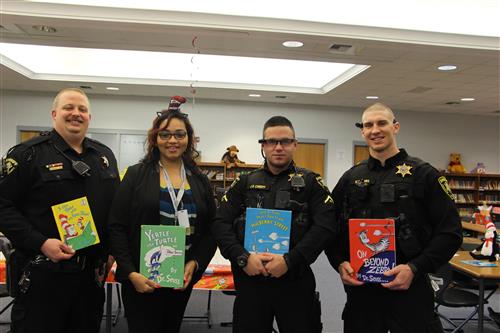 “It’s the first book he read by himself, and he didn’t need any help,” Yuskis said.

Anytime you can get people from the community to come and read to students, it’s great, said Instructional Facilitator Angela Brown.

“It’s just really important,” Brown said. “One of our goals at Middle Fork is to get them excited about reading.”

And having people from the community read to the students does that.

A number of students were on hand to escort readers to the classrooms.

One of them was fifth-grader Mallory Warren, who enjoys reading.

“It’s really fun,” Mallory said. “Some of the words make you imagine pictures.”

Fifth-grader Autumn Wade said, “I like how you read, and it takes you to a place in your imagination.” 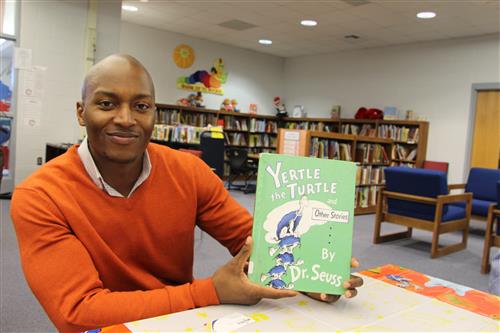 For the day, the school had been transformed into Seussville, and a number of people were wearing Cat in the Hat hats, including Principal Tasha Hall-Powell and Bilingual Assistant Bianca Cruz.

Once the readers had gathered in the media center, music teacher April Whitfield brought in third- and fourth-graders to perform some of the songs from Seussical, the musical they would be performing later in the day.

And then everyone was off to the classrooms for reading adventures.

With the goal of increasing the success of students at Middle Fork Elementary, Appalachian State University is working with the school to transform it into a Literacy Lab School by the beginning of the 2018-19 school year. Eric Groce’s wife, Robin Groce, an Associate Professor of Reading Education, is leading that process.