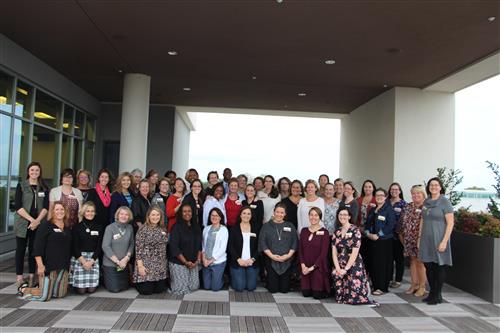 NOVEMBER 2, 2018 – Through the Teacher Academy, teachers throughout the school system have been working to support fellow teachers.

“I really like being part a part of this program,” said Kimberly Briggs, who teaches biology at Reynolds High. “It’s the most positive career thing I have ever been a part of. It’s very refreshing.”

On Thursday evening, Briggs arrived early at a Teacher Academy celebration being held at The Winston-Salem Foundation, and she was enjoying the view and autumn breeze on the rooftop terrace.

Teachers participating in the academy are called Teacher Leaders. Each chooses a path for serving other teachers. Some work one-on-one with another teacher. Others develop programs to enhance teaching skills or open their classrooms so that other teachers can come and observe.

Briggs serves as a mentor for other teachers. In beginning to work with someone new, she said, the first step is “building a trusting relationship.” 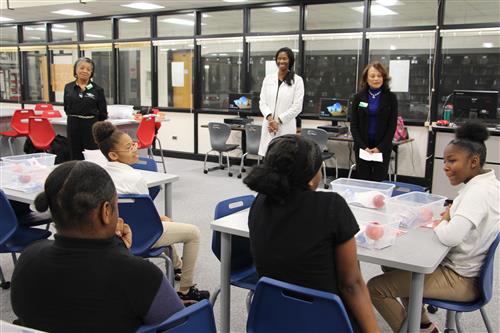 Teaching is satisfying work for Briggs. When working with her students at Reynolds, she likes to connect science to the real world.

“I really like teaching students real-life applications,” she said. “The more you understand, the better your choices are in life. My goal is whatever I teach them makes their life better.”

Other early arrivals included Katherine Howard and Wendy Cheek, who both teach at Clemmons Middle School. This is Howard’s 12th year as a teacher, a career she chose because she loves art and wanted to help young people explore and develop their own talents as artists.

She applied to become a Teacher Leader because she wanted to serve other teachers.

“I felt like it was a great opportunity to be a leader in my school and to help teachers – to be a support teacher to other teachers.” 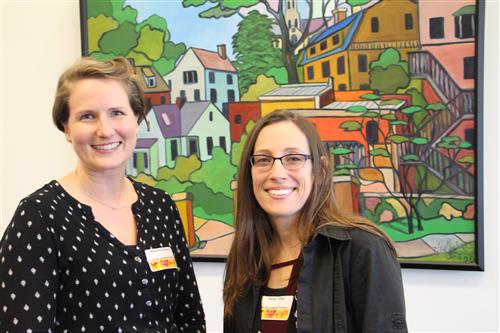 She, too, talked about the importance of establishing a trusting relationship with the teachers with whom she works. One way to do that is to create an atmosphere in which they feel comfortable opening up.

“You have to show a level of empathy with what they are going through,” Howard said.

When she talks with teachers about working with their students, she emphasizes two points.

“You have to build relationships before you can do anything else,” she said.

And it’s important to learn to be flexible, she said. “Don’t expect perfection every lesson.”

In working with other teachers, Howard said, she has found that she is learning a lot as well.

“It’s a really great program, and I have enjoyed every single thing about it so far,” she said.

Through a grant, The Winston-Salem Foundation made it possible to establish the Teacher Academy before the 2017-18 school year. Thanks to increased support from the foundation and from the Winston-Salem/Forsyth County Board of Education, more teachers were invited to join the academy this year. The academy has 74 participants for the 2018-19 school year. 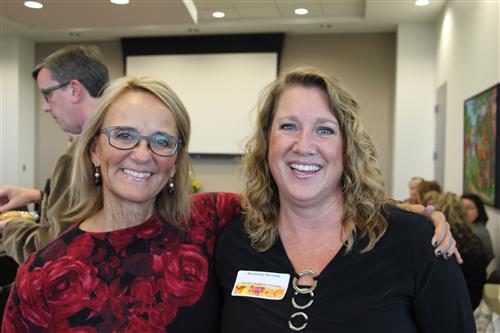 Instructional Superintendent Donna Cannon serves as Director of the Teacher Academy, and Beth Ausley came back from retirement to serve as the Academy Coordinator.

Cannon and Ausley were on hand for the celebration, along with school board members Dana Caudill Jones and Lori Goins Clark, Superintendent Beverly Emory, and other administrators.

Some of the teachers participating in the academy began their careers in another world. One of those is Kimberly Brendle, who was psychologist for a number of years. It was work that she enjoyed. She felt as if she was hardly home, though. So, when children arrived in her life, she decided that it was time to try another path.

She joined the school system as a substitute teacher. She discovered that she really enjoyed working with young people and became a lateral-entry social studies teacher. For 11 years, she taught at Paisley IB Magnet. These days, she teaches at Northwest Middle. 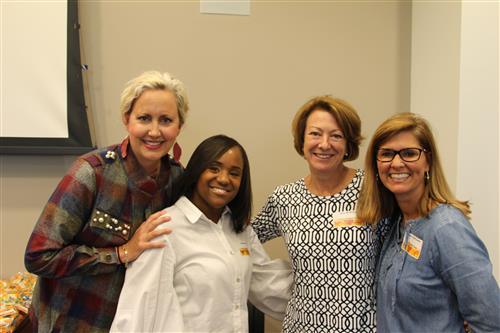 She thoroughly enjoys working with students in middle school.

“You can have wonderful conversations with them,” she said.

She also likes the turns their thought processes can take. Ask a question in class and the next thing you know you are hearing a story about something a student’s grandmother did.

She has met some special students along the way, including one who had a gift for taking trying circumstances from his personal life and turning them into engaging comedy.

“He had us rolling,” she said.

During her first year with the academy, Brendle worked on creating classes that helped teachers learn more about such topics as classroom management. This year, she has shifted her focus to working one-on-one with teachers.

Lana Young teaches first grade at Whitaker Elementary. She has been a teacher for 27 years and likes just about everything about her job. 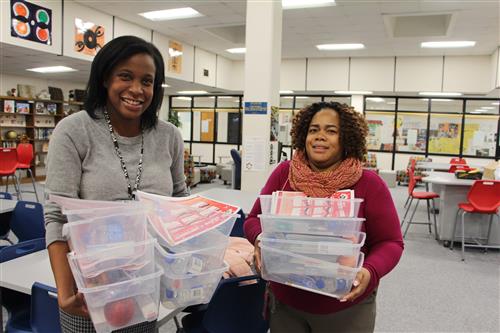 “I love spending time with children,” she said. “I love helping them be the best they can be.”

“They fill me with hope and joy on a daily basis.”

She began participating in the academy, she said, because she felt ready to pass along to other teachers some of the things she has learned over the years. One thing she has learned is to create an environment in her classroom where children feel comfortable trying new things without worrying about making mistakes.

“I encourage them to try everything,” she said.

She has learned from her own mistakes over time.

“It takes a lot of reflecting and being honest with yourself,” she said.

Like Howard, she encourages teachers to learn to be flexible. 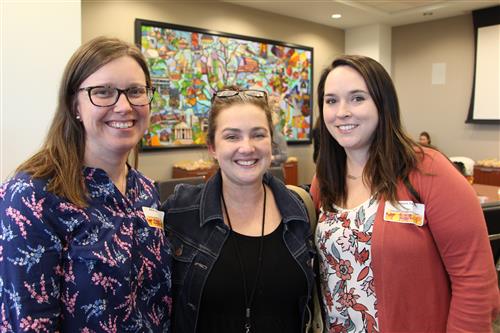 Much of the celebration was about visiting with each other and enjoying the hors d’oeuvres prepared by Executive Chef Alex Perez of the school system’s Child Nutrition Department.

The only program was an informal one in which Cannon, Emory, Jones and teacher Iris Mudd each spoke for a bit.

It’s a wonderful group, said Mudd, who teaches science at Meadowlark Middle. “Just being with y’all energizes me.”

Emory said that hubbub associated with the recent hurricanes and other issues have made for some trying times in recent weeks. Being around such passionate teachers renews in her a sense of why she does what she does, she told the teachers.

“You are the reason I keep going.”

Jones, who is the chair of the board of education, said, “Know how much we appreciate you.”

Before the celebration, the relationships between the academy teachers working with other teachers were generally referred to as mentor/mentee. After someone referred to the relationship as a partnership, Cannon said that she liked that term much better and would be using it in the future. 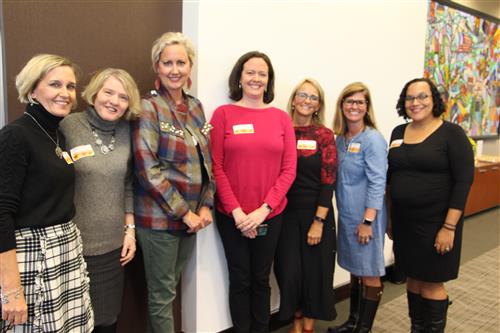 The other Teacher Leaders also received a bonus. Before they headed back out into the world, every teacher received a Teacher Academy T-shirt.