NOVEMBER 7, 2018 – When a Wake Forest student athlete asked fourth-graders in one classroom at Brunson to define “fluid,” Garrison Green was one of the students who raised his hand. When he was called on, Garrison came up with a vivid definition.

When the fourth-graders were asked to define “angular,” more hands shot up. Aahlivia Jones was called on. She defined the word and then demonstrated some angular movements.

The students from Wake Forest University then invited Garrison and Aahlivia to come up front and demonstrate both types of motion to everyone in the class. The fourth-graders were then invited to show off their own versions of fluid and angular.

The classroom was filled with action as everyone had big fun bringing the words to life.

All that movement was just step one.

It was all part of a partnership between Wake Forest and Brunson in which athletes at Wake Forest have been coming to Brunson and working with fourth-graders. 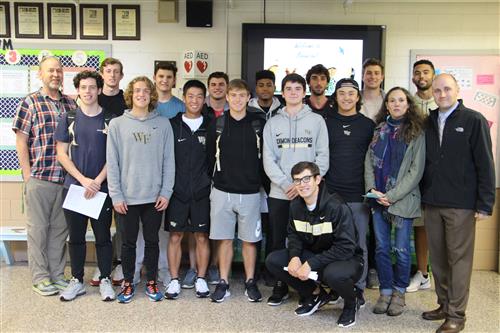 The Wake Forest students are all taking a dance class called Movement for Men in which they learn about the ways that movement shapes and illuminates their personal identities and creative processes.

Most of the men who take the class are also athletes participating in such sports as baseball, cross country, golf, football, soccer, and tennis.

This particular section of the course is a collaboration between the Department of Theatre and Dance and the Department of Education. It is taught by Christina Soriano, the Director of Dance, and Alan Brown, an Associate Professor of English Education.

The purpose is for the Wake Forest students to help students at Brunson learn to connect movement with poetry, literacy, and identity.

“We wanted to have an education focus,” Soriano said.

This approach was a way to merge sports literacy with dance literacy.

“Movement is inherently poetic,” she said. 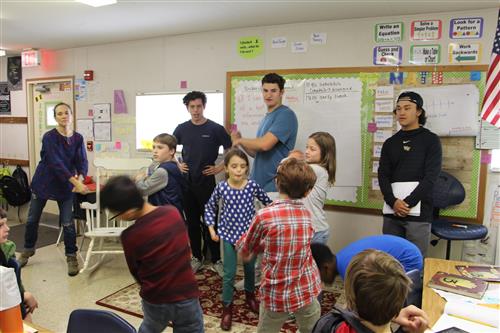 Brown’s wife, Brandi Brown, teaches at second-grade at Brunson, which is how the connection with Brunson was made.

The visit on Tuesday was the fourth of five visits.

“The men from Wake Forest have offered some good connections and relationships with our students,” Howell said. “It’s fun to put that beneficial movement with poetry and creative writing. Movement is so important for fourth-graders.”

Fourth-grade teacher Lynn Hatcher said, “I have been so impressed with the Wake Forest students. They were always prepared with engaging activities for the students and appeared comfortable interacting with them. I hope to continue this relationship.”

The Wake Forest students said they were glad to be there.

“It’s been an enjoyable experience,” said John LePino, a sophomore who participates in cross country and track.

“It’s fun to give back to the community. You never know who you could inspire.” 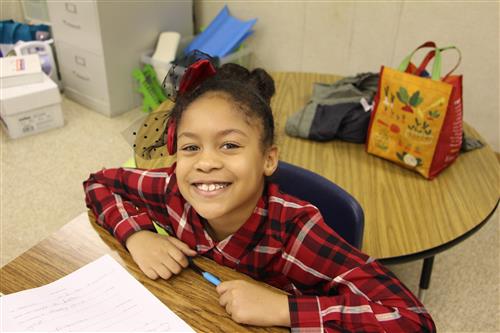 Drew Kendall, a freshman who plays baseball, said he has also enjoyed going back in time.

“It’s fun remembering what fourth grade used to be like,” Kendall said.

When Principal Jeff Faullin welcomed the Wake Forest students in the lobby of the school, he said that meeting college students who are also athletes could help motivate students.

“You are giving hope and inspiration for our students,” he said.

The Wake Forest students then headed out to the pods that serve as classrooms for the fourth-graders. They divided into four groups, with several students going to each of the four pods. Brown and Soriano went from pod to pod, checking in with each class.

After the Wake Forest students performed short “dances” while they described themselves, they handed out “fill-in-the-blanks” sheets. They invited the fourth-graders to write about themselves in those blanks and to turn those compositions into “dances." 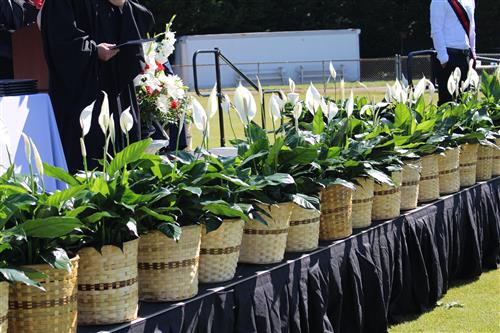 For hers, Nezzie Cross, wrote “sometimes I am disappointed and other times I am frustrated but I am never mad.”

She smiled to show that was the case.

In an earlier section of the handout, Nezzie had described herself as a “contortionist,” and she said she was going to make sure that she demonstrated that in her dance.

She had enjoyed having the Wake Forest students visit, she said. “It’s kind of fun just to have them come in and talk.”

And what has she learned from them?

“I think I have learned to never give up from them,” Nezzie said.

In another class, J’Naria Thompson also took a positive approach in her dance declaring that, although sometimes she is “sad,” she is never “mad or angry.”

Soon it was time to go. The Wake Forest men said good-bye to the fourth-graders and headed out. They will be back for one more visit in December. 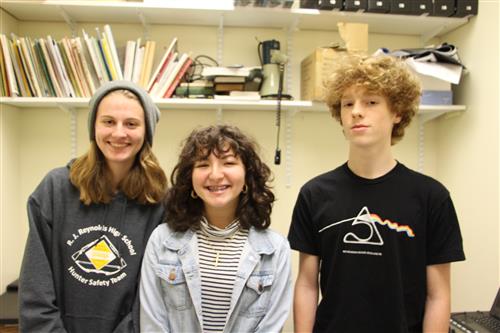 The Wake Forest students are: 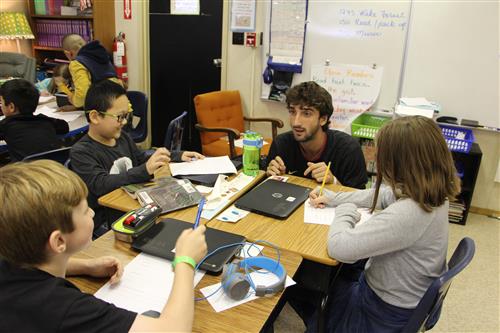