The Children's Center Celebrates the Holidays

DECEMBER 4, 2018 – On Monday morning, students who go to The Children’s Center put on quite a holiday show for parents and other family members.

Students danced. In one dance, students who use wheelchairs performed a square dance with the help of adults handling the chairs.

When it was time to sing, students sang songs celebrating different cultures and holidays.

“It’s showcasing our students,” said Principal Samantha Manring. “It’s being able to share the holiday season with their families and our community.”

Both students with disabilities and students who are typically developing go to The Children’s Center. For the showcase, students headed downtown to the Milton Rhodes Center for the Arts, where family members were waiting.

Ruby Jane Johanson was there with her parents to see her sister, Cecilia, who was wearing snazzy pink boots for the occasion.

Connor Jack Allen had his parents - Rodney and Robyn Allen – and grandparents, Albert and Frances Allen – there to see him. 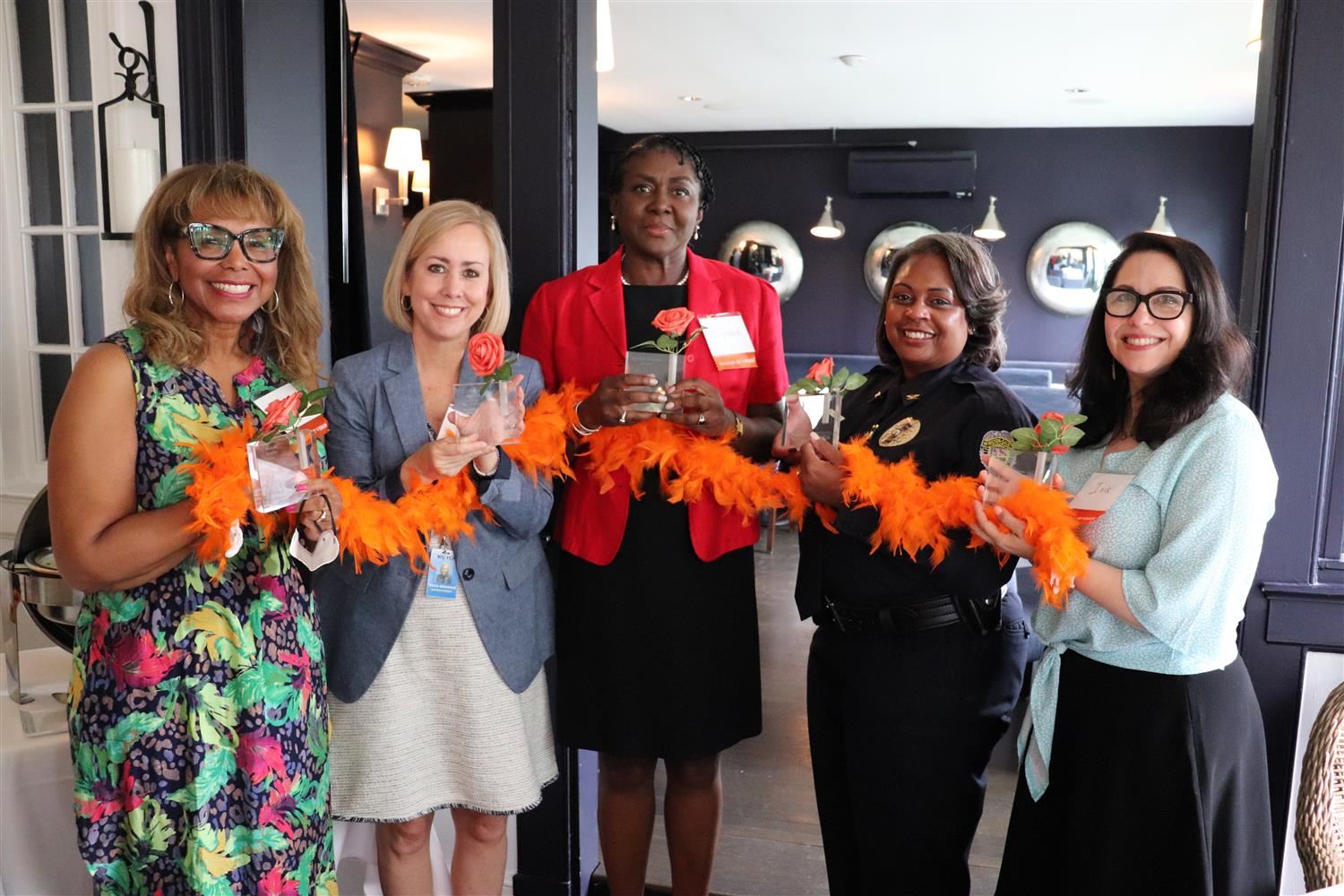 Both Rodney and Robyn Allen teach in Winston-Salem/Forsyth County high schools. He teaches at Reynolds and she teaches at Mount Tabor.

The Allens have been connected to Children’s Center ever since they chose to send Connor Jack’s older sister, Lizzie Grace, there. Lizzie Grace is now in fifth grade at Brunson where their middle son, Liam, is in third grade.

While everyone was gathering, they could enjoy such refreshments as Krispy Kreme doughnuts thanks to members of the Winston-Salem Regional Association of Realtors. Many of the members came to the holiday celebration.

Shhhh. Don’t tell any of the students. One of them – Jack Stack – would be showing up later as Santa.

Officers with the Winston-Salem Police Department were on hand, and, as students arrived, some officers took responsibility for pushing wheelchairs into the room where the holiday program was being held. Hamilton Group Funding was the event sponsor. 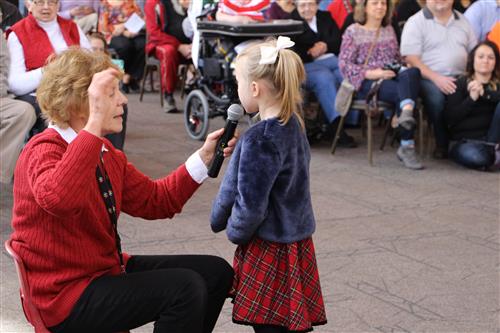 Once the program began, Ann Guill, Director of Take the Lead North Carolina – the nonprofit organization that offers Dancing Classrooms programs in schools throughout the district – served as master of ceremonies for the dances.

When it came time for the singing, music teacher Cathy Moore led the students.

Throughout the morning, you could see smiles and more smiles. One appeared on a student’s face as his chair swirled during the square dance. Others appeared on the faces of family members and other adults as they watched the children. 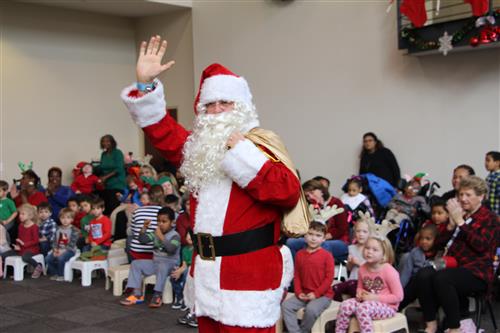 And then, lo and behold, here came Santa Claus.