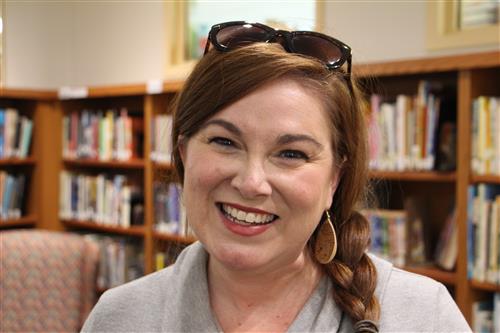 “I do it for the kids,” said Herman. “It makes a big difference.”

Herman has found that the experience comes with fringe benefits for her.

“It makes a huge difference in my life, too. I have learned so much from her.”

On Wednesday – which happened to be Herman’s birthday – she joined others at St. Paul’s Episcopal Church for the annual luncheon celebrating volunteers who participate in the Augustine Literacy Project and others who support the non-profit organization Read WS – which stands for Read Write Spell.

During the program, Executive Director Kris Cox thanked the volunteers and all the other supporters.

Along with volunteers, those present included school board member Lori Goins Clark and a number of principals of schools served by the volunteers. Principal Ramona Warren of Morgan Elementary was there with Kelly Ryan, the school’s Instructional Facilitator. 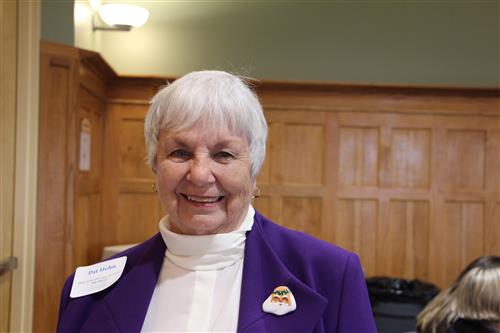 The volunteers who come to Morgan give students one-on-one assistance with reading that would not be possible without them, Warren said. “It makes a huge difference.”

In addition to helping the students with reading, the experience boosts their self-confidence, she said. “It helps the child feel better about him or herself.”

“The confidence piece of that is huge,” Ryan said.

A room filled with people who love reading was a good place to ask people about their favorite books for young people. For Ryan, that is The Miraculous Journey of Edward Tulane by Kate DiCamillo, which takes readers along on the journey of a china rabbit that has been lost.

Warren especially enjoys the picture book My Great-Aunt Arizona by Gloria Houston and Susan Condie Lamb, which is about a teacher in the mountains of North Carolina.

Principal Cheryl Frazier of Bolton also talked about how the support of the tutors helps the students not only with their reading but also with how they feel about themselves.

“It helps build confidence in themselves,” Frazier said.

“We are seeing incredible outcomes for our students,” Creasy said. “It really benefits all students, not just students with identified needs.”

Through Read WS, teachers in kindergarten through second grade at Gibson Elementary were trained in the Orton-Gillingham approach this past summer, and, during the program, Principal G. Leonard Starnes of Gibson talked about how well that knowledge has helped teachers.

“You leave with a better understanding of what reading should look like for people inside your building,” Starnes said.

He also talked about how much the continued support of Read WS during the school year has helped.

During the program, Pat Helm told the story of a boy who told her when they first met that she wasn’t going to want to work with him. 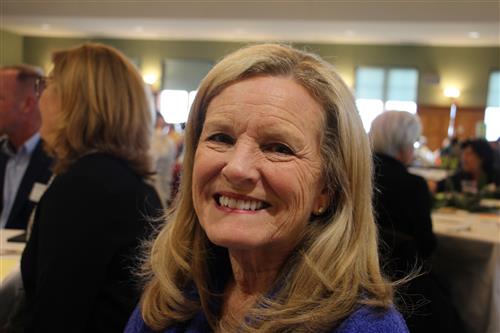 “You are not going to want to come back and see me because I am stupid,” the boy told her.

She did come back, and today the young man is reading well. When she pointed out to him one day that, without help, he had correctly identified every word on one sheet of paper, she said, “his smile went round and round and round.”

Richardson is from Florida. She ended up here after meeting and marrying, Bill Richardson. After retiring, she said, she wanted to do something to help others. When she heard about the possibility of helping young people with their reading, she was definitely interested. It has been quite rewarding, she said. 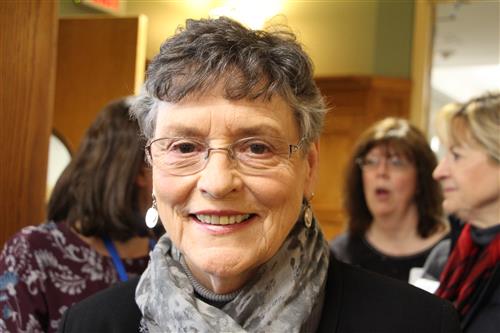 Pauca started out in London. Her husband, Alfredo, who is from Peru, is an anesthesiologist. Before retiring, she had her own law office. They have been married for 53 years, and their journey together took them from London, to Pennsylvania, to Peru, to here.

“We came to Winston-Salem via the scenic route,” she said.

Pauca loves to read to her grandchildren, and, when she heard about the Augustine Literacy Project, she was excited about being able to help children struggling with reading.

A number of volunteers talked about how much they love reading and how that’s one reason they chose this path for serving others. One of those people was Gail Chavis, who volunteers at Old Town Elementary. 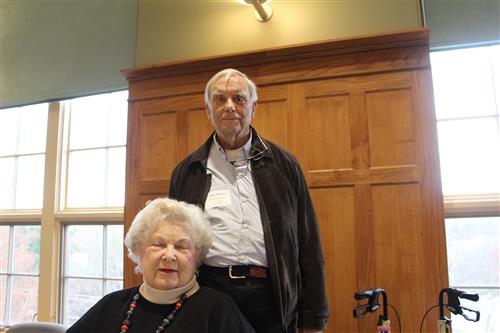 “I love to read,” she said. “I really wanted to help students to read…Reading is so important.”

Before the luncheon, the people with Read WS had put out books that volunteers could take. Margaret Harris, who volunteers at Morgan Elementary, picked up One Crazy Summer by Rita Williams-Garcia because she thought the student she is working with would enjoy it.

Harris was a speech pathologist with the school system before retiring.

Volunteering with the Augustine Project was a good way to do that.

Harris likes that the Orton-Gillingham approach is based on research and that it’s structured. For each session with a student, you have a lesson plan to follow. 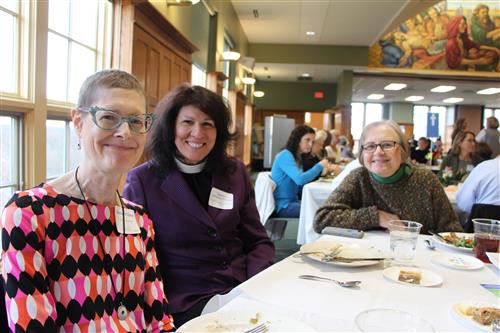 Another good question to ask people at the luncheon was whether they have favorite words. For Susan Kelley, who is on the staff at Read WS, the word “grandbaby” tops her list at the moment.

“It was the best day of my life,” she said of the day the first grandchild was born.

Among the Read WS supporters there were Pat Brown ­and her husband, Hal. Pat Brown said that, when their children were young, three out of five of them struggled to learn how to read. The Orton Gillingham approach was a big help for them. So they support Read WS so others can be helped.

Jeanie Wilson, who has served as both a tutor and volunteer with the organization, was diagnosed with dyslexia in first grade. She received reading support that made a big difference in her life. So she wanted to do the same for young people struggling with reading.

“It’s a delight to help a child and see the light bulb some on,” Wilson said.