The Downward Dog at Petree Elementary

“I like the teachers and how much fun it is and the poses and stuff,” Aundre said.

The other fourth- and fifth-graders taking the class with yoga instructor Shakira B. Bethea enjoy it as well.

While leading the class, Bethea takes a relaxed approach designed to ensure that the students have a lot of fun.

This Friday morning, she asked who had a birthday in January. Then she had the other students create informal arches by posing in Downward Dog while the birthday girl scooted through the arches. 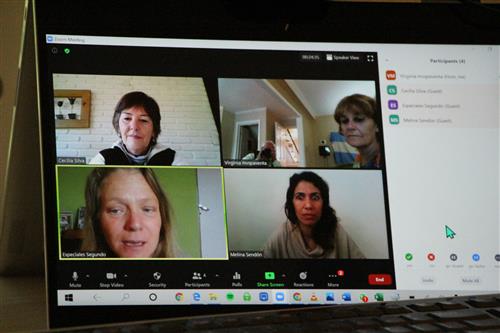 No one was left out. Bethea worked her way around the calendar for birthdays, and, by the time they were done, all of the students had scooted through arches formed by one pose or another.

Bethea also created a relaxed atmosphere when it came to talking.

“I’m glad I have May as my birthday month because May is not that cold,” said fourth-grader Adeline Perez Garcia.

“Or that hot,” added Bethea.

When one pose brought the students’ faces close to the floor, one said, “The ground smells like crackers.”

“What kind of crackers?” Bethea asked her.

Bethea establishes a theme for each yoga class. This Friday morning, the theme was compassion. She invited students to share their thoughts about compassion and made the point that it’s important to show yourself compassion by treating yourself well. 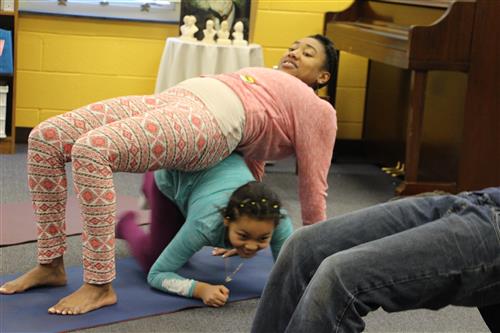 The purpose of the class goes far beyond the yoga positions themselves.

“It helps give our kids some coping strategies for stressful situations,” said Principal Heather Horton.  “They practice breathing and calming skills.”

Kristine Brixius, the school’s Instructional Facilitator, said “We have touched many students.”

Before the EOG’s (End of Grade tests) last year, Brixius said, some students told her they were doing breathing exercises that they learned in yoga class to help them prepare for the tests.

It’s been great for students, Horton said, and they’re looking at organizing sessions for members of the staff at Petree.

“We’re excited about it,” she said.

The yoga class is one of a number of enrichment activities that Petree fourth- and fifth-graders can choose to participate in. Others include sports, chess, coding, 3D printing, music, and the Random Acts of Kindness class. In that class, students do things for others such as make cards for people in retirement communities.

This is the fourth year that yoga has been one of the enrichment options. The first two years, the costs were covered by a grant that covered health and wellness programs and also supported the gardens at Petree. Last year, business partners sponsored it, and, this school year, the members of the Unitarian Universalist Fellowship of Winston-Salem organized a fund-raising campaign.

Suzy McCalley, who has a yoga studio called The Breathing Room, was the first yoga teacher at Petree, and, after the class, she joined Bethea in talking about the program.

Bethea, who graduated from East Forsyth High School in 2006, was a cheerleader in college at the University of North Carolina at Chapel Hill. She started practicing yoga as a way to keep herself flexible and discovered that it was also a good remedy for anxiety and depression.

Letting the students talk about whatever comes up helps keep the atmosphere of the class relaxed, she said, and such extras as having them scoot under students in various poses is a good way to burn off extra energy. 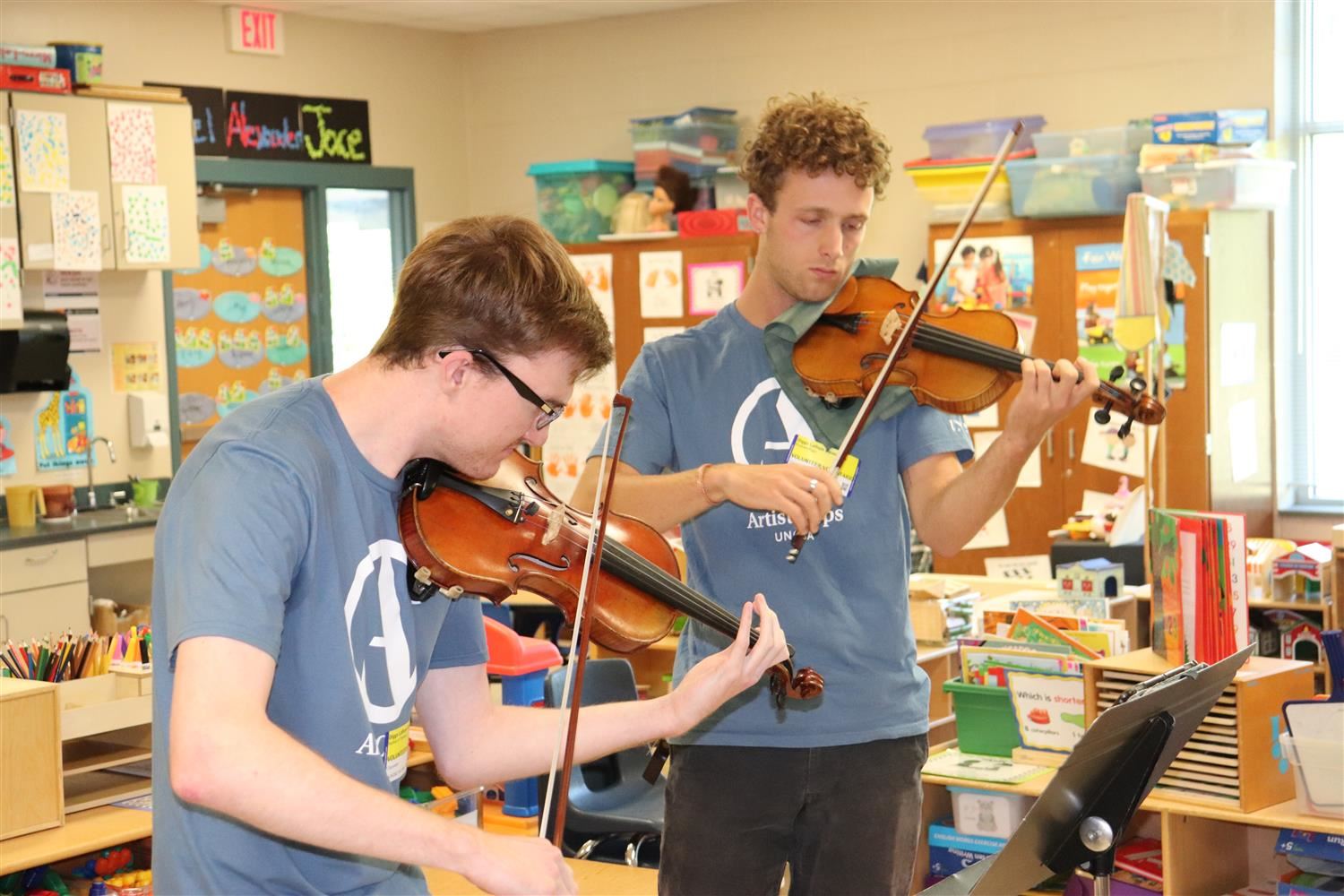 The yoga classes provide an opportunity for students to express themselves, to learn to work together and to learn strategies and techniques for handling difficult feelings, such as sadness, McCalley said.

The yoga classes are organized through Breathing Access, a nonprofit organization that McCalley founded in 2015 to increase access to yoga and to the arts for students from economically disadvantaged homes.

Petree is not the only Winston-Salem/Forsyth County elementary school with one of their yoga programs, McCalley said. Cook Literacy Model School has yoga classes, and they’re working to introduce yoga classes to students at Kimberley Park Elementary.

At the moment, she said, they are focusing on introducing yoga to Title I schools – schools where a high percentage of students come from low-income disadvantaged homes – in part because those students might not have the opportunity to learn yoga otherwise.

Eventually, they would be delighted to expand the program beyond Title I schools, McCalley said. “We would love to be in every school.”