Changing Two Lives as a Volunteer 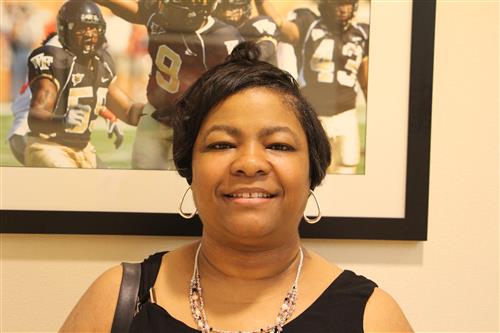 MAY 13, 2019 – For four years now, Crystal Williams has been volunteering as a mentor at Glenn High.

For her, it’s a way, she said, “to give back and to help – anything I can do to make sure our kids graduate.”

“Sometimes, they just need someone to listen.”

On the morning of May 9, Williams was waiting for the doors to open at the Winston-Salem Chamber of Commerce’s annual Volunteer Appreciation Breakfast to thank the nearly 400 people in the community who volunteer in Winston-Salem/Forsyth County Schools through its Corporate Volunteer or Senior Academy programs.

Williams, who graduated from Parkland, is a busy woman. She works as a financial-aid counselor at Winston-Salem State University. She is active in the PTA at East Forsyth Middle, where her son, Stephan Ferguson, is in the sixth grade. She is also a licensed cosmetologist and has a party planning business. 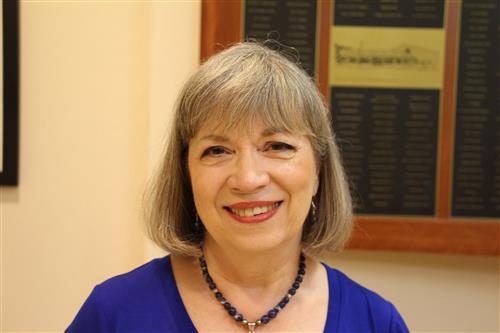 “Staying busy is what I do,” Willams said.

Seated nearby was Diana McCann, who volunteers as a reading tutor with kindergarten students at Diggs-Latham Elementary. Her reasons for doing that are straightforward.

McCann, who retired after 47 years with Wake Forest Baptist Medical Center, said she gets a lot out of the experience.

“Just the satisfaction of helping others and seeing these children progress is so rewarding,” McCann said.

Susan Frye, who is the Clerk of Superior Court for Forsyth County, also volunteers as a reading tutor with kindergarten students. She goes to North Hills Elementary, where a total of 10 people who work with her go. Her church, Hope Community Church, also supports the school in a number of ways.

The time she spends at the school is quite rewarding, she said. 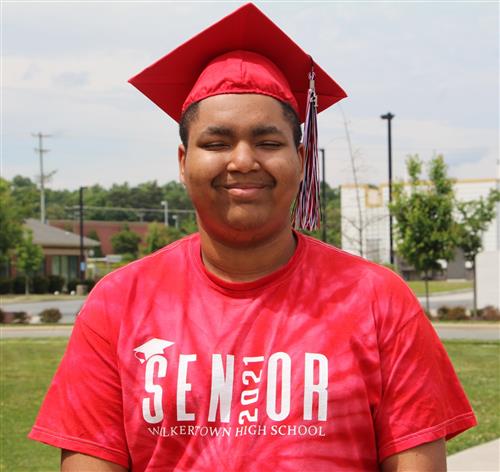 “I love children. I love serving the community. That’s why I’m an elected official. It’s in my DNA, I guess.”

While she was talking, Reggie Mathis, another volunteer who goes to her church, came up to say hello.

As a volunteer with the Senior Academy, Dawn Panozzo is one of the people who serve as mentors to students during their senior year to help make sure they graduate.

For Panozzo, one her goals is to make her students feel appreciated.

“They want someone to believe in them,” she said.

Panozzo gives her students her personal cell phone number so they call if they need to. The birthday of a student she is working with at Glenn High fell during the time that everyone was off for spring break. Wanting to celebrate the birthday, Panozzo went shopping for some shoes she knew the student would need for a play he was appearing in. 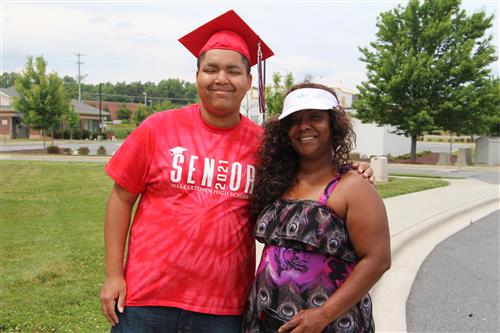 At the store, she found herself asking another woman what she thought about the possibilities. When the woman found out what Panozzo was up to, she wanted to participate. They ended up splitting the tab on two pairs of shoes.

When Panozzo presented the shoes to her student, she said, “He was ecstatic.”

Panozzo knows what it is like to struggle in school.

“I hated school when I was growing up,” she said.

When someone served as a mentor to her, her attitude changed and her grades improved. She knows students can make it, and one thing she tells them is how important it is to believe in themselves.

“If you put your mind to it, you can do it,” she tells them. “Keep your dreams and your goals out there. Don’t give up on them.”

Panozzo works in payroll for Entrematic, a garage-door company that some people remember as Amarr. When she can, she goes to see her students graduate.

“I have that overwhelming sense of joy,” she said. “They have made it.” 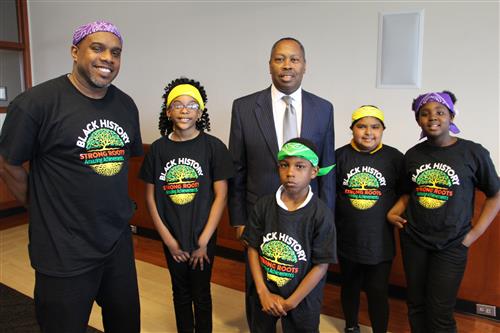 Panozzo is still working on her own goals. Becoming a teacher is a childhood dream. Over the years, she has worked off and on - life keeps happening – to complete the bachelor’s degree that will enable her do to that. She knows that one day she will reach that goal.

“I have less than a year for my bachelor’s in elementary education,” she said.

Once everyone was seated and had eaten their breakfast, they would have the privilege of having musical groups from two schools perform for them.

From Kimberley Park Elementary, the Knocks on Wood Drummers, under the leadership of Patrick Saddler, were performing. And from North Forsyth High, the Viking Voices were performing. Their director is Helen Sigler, whose husband, Rick Sigler, teaches music at Diggs-Latham Elementary.

Senior Summer Gerald, who is a member of the Viking Voices, was looking forward to the performance.

“I love to sing,” she said. “I have been singing since I was 3 – in the car, in church. I love that I can use my gift to make other people happy.”

After graduating, she is heading the University of North Carolina at Greensboro, where she plans to major in entrepreneurship. 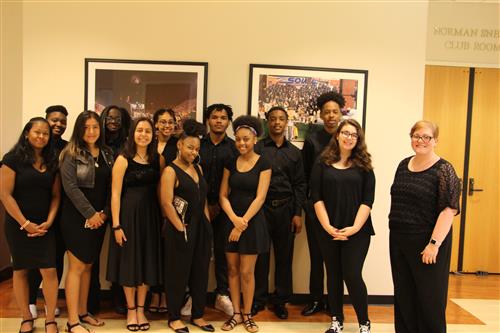 “I want to be an event planner,” she said.

Kaplan Early Learning Co. was one of the major sponsors for the event, and other community businesses supported the event by sponsoring a table and in other ways. Joining volunteers at the tables were people from the schools, including principals and parent-involvement coordinators.

As the parent-involvement coordinator at Bolton Elementary, Alex Canavos works with the volunteers who come into the school each day.

“I love these people,” she said.

When it was time for the formal program to begin, Judy Cartwright-Stevenson, who is the vice president of human resources at Kaplan, said that, with all of the juggling of responsibilities that goes on, she knows finding time to volunteer can be a challenge for people. She also she knows from personal experience it’s worth it.

Volunteering doesn’t change just one life, she said. “The truth is it changes two lives.”

“I am forever changed. I did find the best in me.” 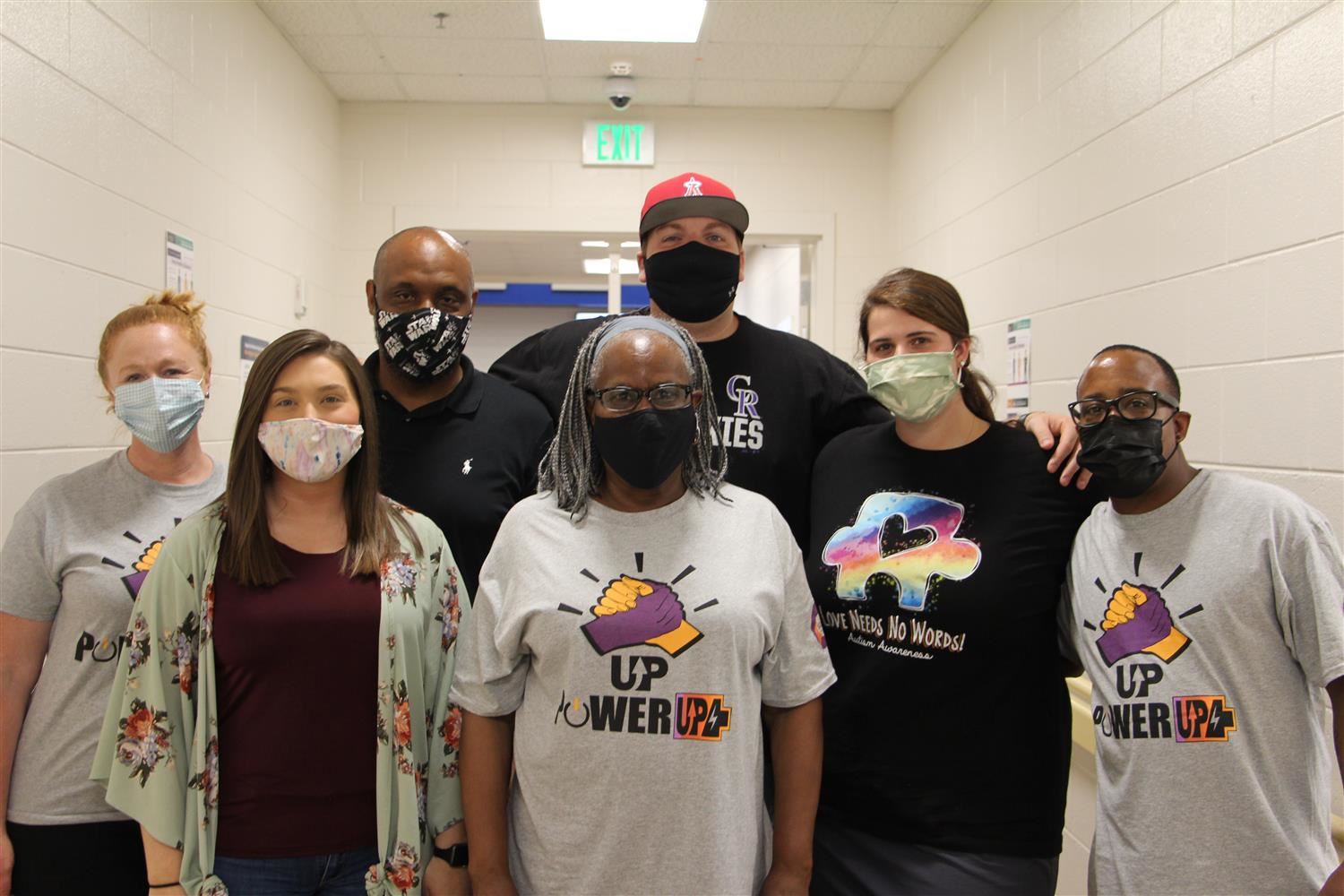 At South Fork Elementary, she and fellow Kaplan employee, Raven Griffin, both help a student they have nicknamed Graceful Gracie, and she talked about some of the ways that Graceful Gracie has brought joy into their lives.

After Cartwright-Stevenson spoke, the students from Kimberley Park performed. The North Forsyth followed. The members of the audience responded enthusiastically to both groups.

When Mark Owens, the President/CEO of the Chamber of Commerce, stepped to the podium, he talked about how the students from both schools served as such wonderful representatives of all of the students in the school system.

And Owens praised the volunteers for all they do for students. 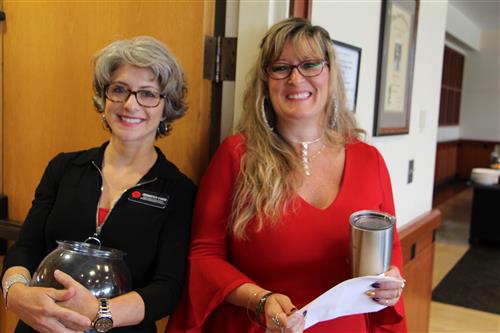