A Day of Sports and Camaraderie 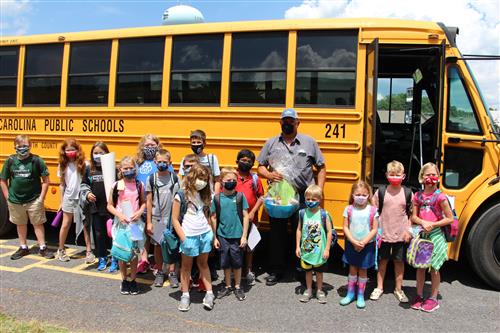 On Friday May 10, the annual field day, which had been held at Wake Forest University’s BB&T Field in recent years, was held at Mount Tabor High for the first time.

That gave the Mount Tabor students serving as volunteers the opportunity to make some new connections.

Mount Table junior Lila Rankin said that, as soon as she learned they were looking for volunteers, she signed up.

“I wanted to do it so bad,” Rankin said.

She and junior Maquay Parker were at the three-legged race station on the stadium’s playing field, ready to assist any field day participants who wanted to participate. 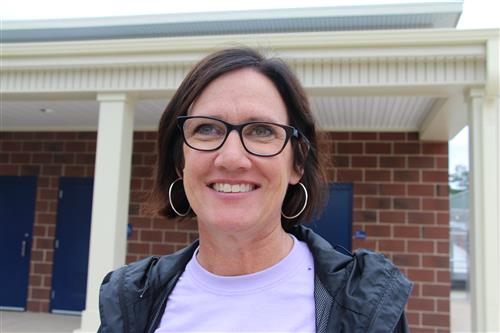 Parker was glad to be there, too.

“I love working with children and helping others in general,” she said.

Asked whether she already knows what career she wants to pursue, Parker said that, having needed a physical therapist at one point, she saw what they could do to help others, and now she plans on becoming one herself.

Rankin plans on becoming a psychologist.

“I like to understand people and to help them out,” she said.

Scattered around the field and elsewhere at the stadium were stations offering fun adventures for students not only from Winston-Salem/Forsyth County Schools but also from schools in surrounding counties.

Christine Parrish, who is the school system’s Lead Teacher for the Deaf, led the team organizing the field day. She hoped that the students would have a wonderful day of friendly conversation.

“When you go home, I want you to tell everyone how much fun, you had,” Parrish said.

It’s also a way for students from other school systems to meet each other and to reconnect in the years that follow, said Patricia Fisk-Moody, an Elementary Program Director in the school system’s Exceptional Children's Division.

Opportunities for fun included the three-legged race, kickball, a 100-yard dash, a 50-yard dash, a photo booth, and a dunking booth.

People who work with deaf/hard of hearing students and students with visual impairments at the N.C. Department of Public Instruction in Raleigh had come as well.

At the moment, one of them – Antwan Campbell, an educational consultant for those who are deaf or hard of hearing – was the man students were trying to send into the water at the dunking booth.

And they were doing a fine job of it.

“They are good,” Campbell said after he climbed out of the water one more time.

Collin Foster, who is in kindergarten at Moore Elementary, was one of the students who sent him into the water. Afterward, Collin went over to say hello.

It’s satisfying work, Webb said. “It’s very, very rewarding giving them opportunities they would not have without an interpreter.”

After Campbell’s time in the booth came to an end, teacher Alicia Griffin, who teaches students at Reynolds High who are deaf or hard of hearing, climbed onto the platform.

Many of the student volunteers from Mount Tabor were members of the Student Council or participants in the OCS (Occupational Course of Study) program. About 25 of the students OCS teachers Catherine Gage and Nancy Scarborough-Black work with were on hand.

“I hope they have a good time and reach out to other kids and have fun, and they get some more leadership skills out of this,” Scarborough-Black said.

English teacher Jennifer Cleary, who serves as the faculty advisor for the Student Council, was there with about 15 members. 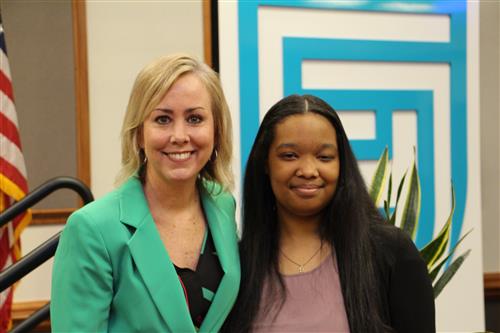 “This is a great opportunity for them to get to do something meaningful,” Cleary said.

And it’s great for the younger students at the field day to be able to spend time with high school students, she said. “The younger kids look up to the big kids.”

Mount Tabor senior Amanda Cole was delighted to be able to use some of the skills she has learned by taking sign-language classes.

“It’s cool to be able to come here and sign with the students,” Cole said. “They are so adorable and really engaged.”