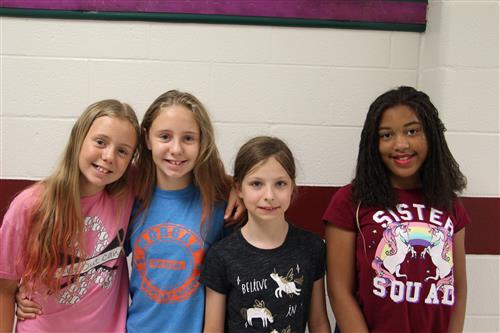 JULY 2, 2019 – Twins Tess and Quinn Crumpton have participated in Summer Enrichment all the way through elementary school.

“I love how many new friends I got to make,” said Tess. “The teachers are nice and friendly, and you can’t go wrong with any of the classes.”

Here’s what Quinn had to say:

“I like how you get to choose your classes,” Quinn said. “I like the people who work in the office and how kind they are.” 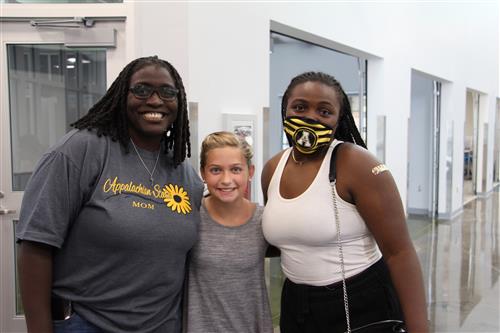 Tess and Quinn participated in Summer Enrichment for the first time the summer after they completed kindergarten. They had so much fun that they have wanted to come back every year since. Having completed fifth grade at Morgan Elementary, they will be heading to Paisley IB Magnet this coming school year.

By no means are Tess and Quinn the only students who have attended Summer Enrichment all the way through elementary school. Another is Gracie Weymouth who is heading to Meadowlark Middle after finishing fifth-grade at Lewisville Elementary.

“I like all the classes and all the teachers,” Gracie said.

Ava Hardy, who is heading to Jefferson Middle after completing fifth-grade at Jefferson Elementary, has also participated since kindergarten. She first heard about the program from her older siblings, who all enjoyed coming. 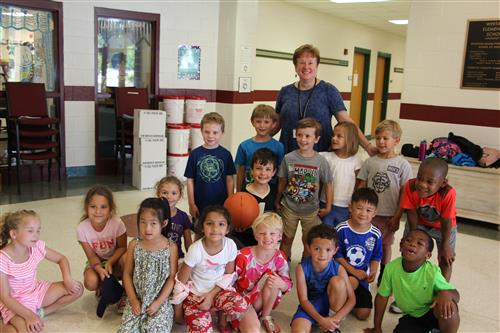 “I made a bunch of friends, and we are still friends now,” Ava said. “All of the teachers are really nice. “The classes are so amazing. I ended up enjoying all of them.”

On the morning of Tuesday July 2, Ava, Gracie, Quinn and Tess were just finishing up the dance class taught by Shanice McKinney, the dance teacher at Winston-Salem Preparatory Academy.

It was the perfect class for Ava who wants to become a professional dancer one day. She likes lyrical, point and hip hop dancing.

The girls are among 250 students participating in the program for rising first through seventh-graders held at Whitaker Elementary.

“I like that we have an opportunity to provide an environment for children in the summer where they can learn things and have fun as well,” Macon said.

“It’s a joy to see their enthusiasm every day, and it’s also a pleasure to work with such a talented and dedicated staff.”

Teachers include a husband and wife, as well as a mother and daughter.

This past year, mother Catherine Davis and daughter Emily Ruebel both taught kindergarten at Vienna Elementary. Although Davis officially retired at the end of this school year, she wanted to stick around long enough to teach with her daughter at Summer Enrichment.

In Reubel’s class, students were learning more about the alphabet with the help of animals. An alligator helped them learn about “A,” which is Annie Whitley’s favorite letter. If you guessed that “A” is her favorite letter because her name starts with an “A,” you would be right. Annie will be in second grade at Sherwood Forest.

On this particular morning, an extra-fun stop for spectators was the math class where Nicole Chandler, who teaches math and science at Clemmons Middle, and students were exploring probability with the help of a dozen eggs – eight of them boiled and four of them raw. 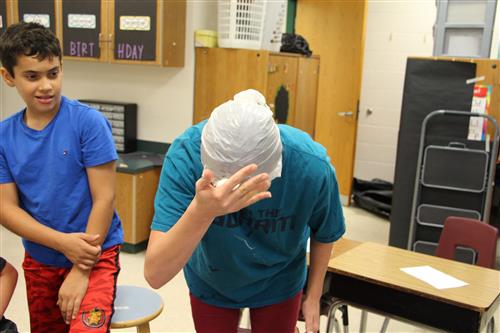 As they worked their way through the dozen eggs, the probabilities changed, and the students would calculate the new probability.

Elijah Poe, who will be in the fifth grade at Gibson Elementary, signed up for the class because he wanted to work on his math skills.

And he was glad he did.

He thought it would be fun to smash eggs against his forehead. If his teacher needed any students to participate in later rounds, he said, he would be happy to volunteer. 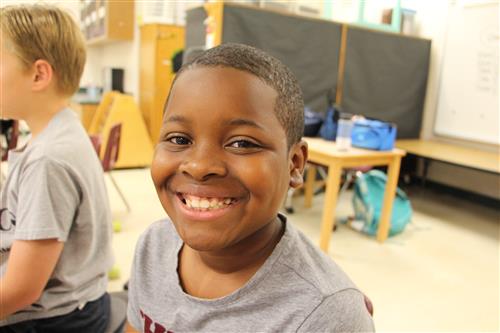 In another classroom, students working with Katherine Hartman, who teaches art at Lewisville Elementary, were creating undersea pictures.

The undersea pictures prompted a joke.

“Why do fish prefer salt water?”

Asked whether she had a joke of her own, Savannah, who will be in the third grade at Whitaker, said she did.

“What gets wetter as it dries?”

“I don’t know. What gets wetter as it dries?” 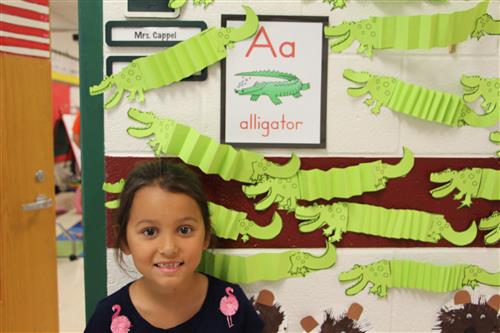 Hanging in the hall was a picture of a horse that Savannah had made earlier. She’s never ridden a horse. She would like to one day. Savannah wants to be a vet. She will probably focus on smaller animals, such as dogs, which are her favorite animal.

In the meantime, she really enjoys making art.

“I really like to sketch and paint,” Savannah said.

In another classroom, Sandy Holt, who is a coach with the school system’s Technology Department, was working with students as they programmed robots.

William Rimes is on the robotics team at The Downtown School, where he will be in the seventh grade. One of the things that he likes about working with robots during Summer Enrichment is the atmosphere is more relaxed. Plus, they were using sensors that they didn’t use at school.

In the pottery class taught by Leslee Monda, who teaches art at South Fork Elementary, students were hard at work on goblets and other creations. 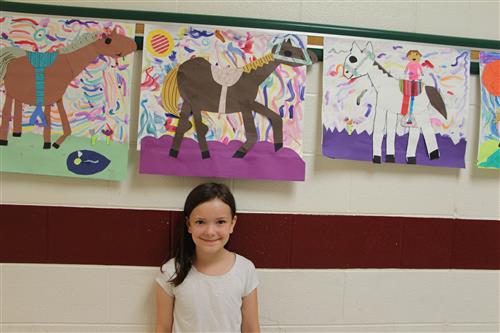 William Brown and Calvin Rice were working on one starring a dragon.

Neither of them has ever seen a dragon in real life.

“I wish I had,” said William, who will be heading to Hanes Magnet after completing fifth-grade at Vienna Elementary.

If he ever had a dragon to call his own, he said, he would name it Fred.