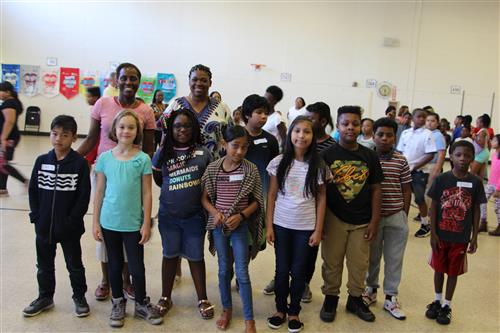 JULY 8, 2019 – Monday July 8 was the first day of RISE Summer Camp. At Mineral Springs Elementary, the 240 students participating gathered in the gym where David Jarmon, who is serving as director/principal, greeted them as “Superstars!”

“You all are going to have a great time learning,” said Jarmon, who serves as the assistant principal at Kingswood School during the regular school year.

Yes, they were there to become even better at reading and math, he said, and, yes, they would be taking a test at the end of the four weeks. On the way there, it would be all about having fun while becoming inspired and motivated.

Before the assembly, Jarmon had said, “I hope they have fun. Our job is to motivate, not alienate, and inspire, not require.” 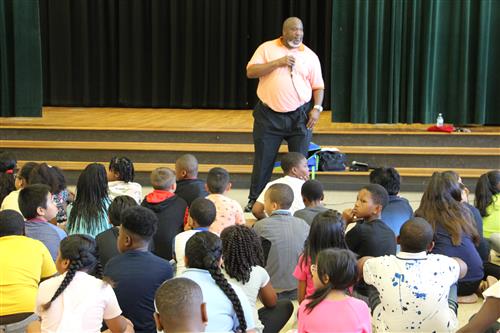 RISE stands for Reaching Incredible Success Every day. The camp is being held at eight locations throughout the Winston-Salem/Forsyth County school system. Camp will be held Monday through Thursday for the next four weeks.

A light moment came during the assembly when Jarmon invited students to ask questions. When one girl asked whether it was true that they don’t have camp on Friday, Jarmon said that was indeed true.

A boy who did not yet fully grasp that he would have Fridays off, said, “Is that real?”

The assembly also covered such organizational details as making sure that the students understood that, after arriving by bus or car, they would head to the cafeteria for breakfast, which is free. 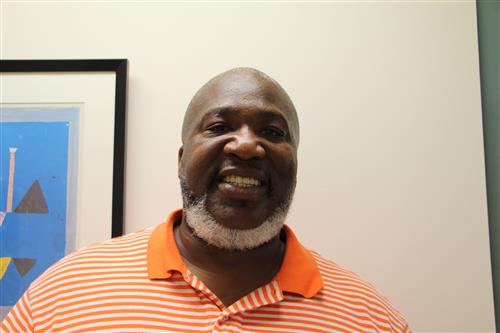 When Jarmon went over the particulars about the buses, he invited student Kourtney Shouse to come up front and recite them.

Kourtney had the details down perfectly.

Students also learned that, if they came to camp every day, at the end of camp they would be eligible for a drawing for an iPad. In the meantime, they might receive such treats as books and Skittles.

Along with “motivate” and “inspire," another important word that came up was “respect.” Jarmon talked about the importance of treating everyone – fellow students and the teachers – with respect.

Earlier, Ashley Walker had brought her daughter, Raegan, who is a first-grader, to Camp RISE. Walker said she is hoping that the camp will give Raegan “a jumpstart for next year.”

When she and Raegan read together, chances are good they will pick out something by Dr. Seuss. 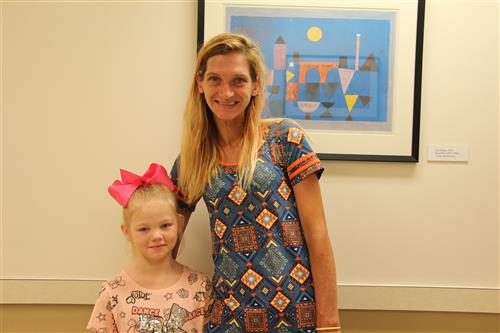 John Carlos Acahua said he is hoping camp will help prepare him for fifth grade. His favorite video game is Fortnite.

Along with classes that focus on reading and math, students will be participating in “specials” that include physical education classes.

During the regular school, Carolyn Faircloth teaches physical education at Kernersville Elementary. She likes participating in Camp RISE, in part, because it’s a little more relaxed. While being active, everyone will keep learning. For instance, when students catch a Frisbee, they might say the next letter in a word everyone is spelling.

“We’re trying to get them active while incorporating math and reading,” Faircloth said.

Her goal at Camp RISE, she said, is “to inspire the kids. Learning is lifelong.” 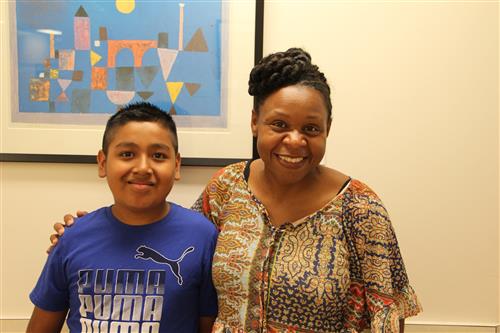 She personally knows what it’s like to have learning glitches along the way, she said. When she was in fourth grade, she had some difficulty with fractions. And, now, she’s teaching them.

Several people who work at Kingswood during the regular school year are participating in RISE at Mineral Springs Elementary. In addition to Jarmon, one of them is Lashonda Redd, who teaches third grade. Another is Bianca Brown, who is the Instructional Facilitator there.

Brown is looking forward to the coming days.

“I’m hoping that our students get the extra skills they need to be more successful and to become better and more efficient readers,” she said.

The camp for elementary and middle school students is being held at eight Winston-Salem/Forsyth County schools through Aug. 1. They are: 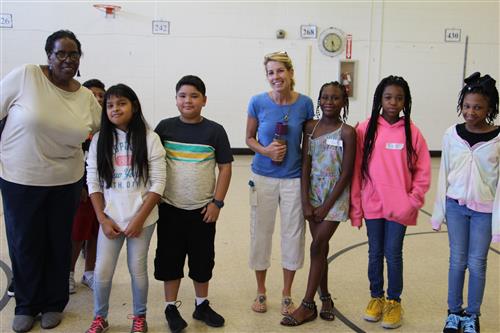