For more pictures of Camp Invention at Diggs-Latham, go to Your Permanent Record.

A Camp Invention was also held earlier at Southwest Elementary. To see some of those pictures, go to Southwest. 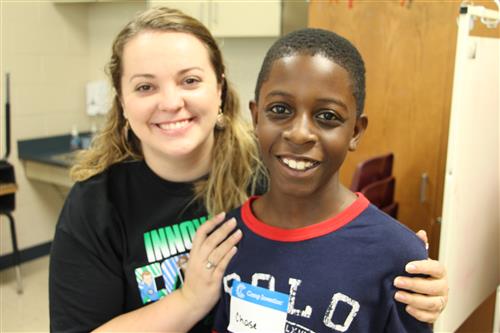 JULY 17, 2019 – On Tuesday July 16, Chase McNair was – with the help of duct tape – inventing a portable shower that would fit into a backpack. He was also creating a hot water heater to go with it.

Chase was working on his invention in the Duct Tape Billionaire class at Camp Invention, a week-long enrichment camp being held at Diggs-Latham Elementary.

The class was clearly aptly named. You know people will line up to buy a backpack shower.  Once he works out a few minor details, Chase, who will be in the fourth grade at Moore Elementary, is going to be rich.

Chase is one of 60 rising first- through sixth-graders participating in Camp Invention, which has a STEM (Science, Technology, Engineering, Math) theme.

Each day, students participate in four classes – or “modules” – that include such activities as making rockets and exploring previously unknown worlds, taking apart electronic devices to see how they are made, building castles out of cardboard, and inventing things.

The goal of the camp is straightforward. 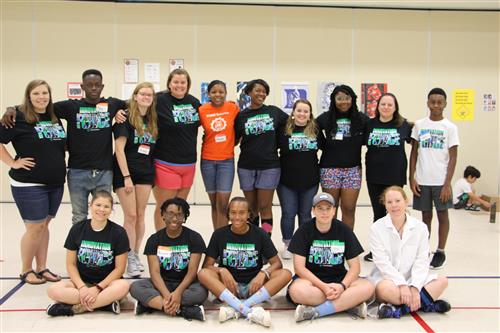 “I hope that they have fun, and I hope it piques their curiosity,” said Nissa Vogel, the camp’s director.

During the regular school year, Vogel teaches AG (Academically Gifted) fourth-graders at Moore. Students have been coming up with some fun inventions, she said. Just the day before, another camper had invented a device for shoes that let you find ones that you had dropped who-knows-where?

On Tuesday morning, students in one of the other modules were exploring the worlds they had discovered the day before after they had built rockets and blasted out into the galaxy.

The students work in teams, and Haidyn Jones’ team was exploring the planet that, for the moment, was simply designated Planet C. When they named it, Haidyn, who will be in the fifth grade at Moore, was hoping they would agree to name it Europa.

“The days are shorter, and time goes by faster,” she said.

Haidyn likes being at a STEM camp, she said. “Math is my favorite subject.”

Her favorite number is 68, the number she was given the first time she joined a soccer team. 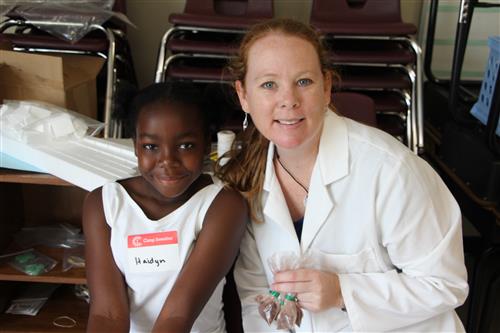 The teacher helping students explore the new worlds was Mitzi Sheppard, who is the Instructional Facilitator at Old Richmond Elementary.

“I hope they have fun and get a love of science and inventing and creativity,” Shepherd said.

Her son, Adam Talbert, who will be in the fourth grade at Old Richmond is also participating.

“It’s so much fun,” he told her after the first day.

Many of the people participating in the camp are connected to Moore. Chase’s teacher in the Duct Tape Billionaire module was Carley Parker, who teaches second grade at Moore. When Chase was in second grade, Parker was his teacher.

Asked what makes him special, she said, “He is very honest, and he is always a friend to everybody.”

Asked what made her special as a teacher, Chase said, “She is really nice.” 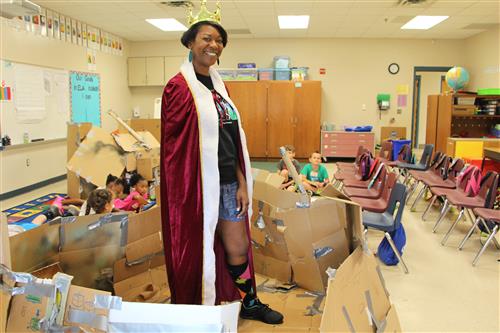 Plus, he said, she invited her students to help when she redecorated her room and that was a lot of fun.

Another student participating in the camp is Benissa Richardson, who will be in fifth grade at Ibraham Elementary. Like Haidyn, she already likes math a lot.

And her favorite number is?

In addition to the four classrooms where the learning modules are held, there is a classroom filled with the supplies that students might need for their various projects. Here you will find cardboard galore – boxes, empty toilet paper and paper towel rolls. Elsewhere are plastic containers that once held fruits and vegetables, along with many more odds and ends.

Earlier, parents who were bringing their children to camp stopped to talk a bit about the camp.

One of them was Tina Hunter who was dropping off her daughter, Addisyn, who will be in the fifth grade at Moore. Science, engineering and math play important roles in our everyday world, Hunter said, and she hopes the camp will help Addisyn become more interested in all of that. 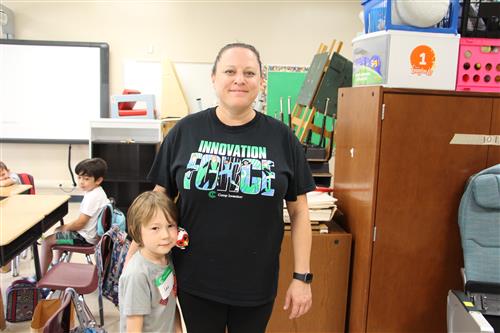 Nicole Crabbe came in with her son, Cooper, who will be in the fifth grade at Moore. For her, the camp is a good way for him to spend time with other students while, she hopes, sparking an interest in science and engineering.

It’s been fun, he said. “I have enjoyed all the learning we have done here.”

Along with the teachers, the camp includes parent volunteers and students who serve as counselors.

One of the parent volunteers is Heather Holland, whose daughter, Madeline, will be in the first grade at Moore and whose son, Evan, will be in kindergarten at Moore.

Madeline wanted to come to the camp because her two best friends – they have been friends since they were 3 – were going to participate. She’s glad she did.

“We get to build our own castles out of cardboard,” she said. 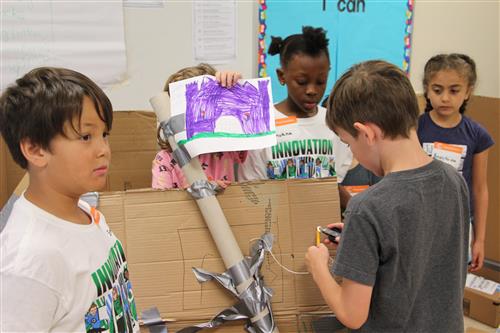 The teacher in the module in which students built castles is Deneia Attucks, who was happy to don a robe and crown to let everyone know she was queen of the land of castles. Although she doesn’t ever wear her robe and crown at home, she said, her husband and two sons know she is the queen.

During the regular school year, Attucks teaches fourth grade at Whitaker Elementary. She likes that the camp atmosphere is more relaxed and students don’t have to follow the curriculum as they do during the school year. That enables students to express their creativity more freely.

On Tuesday morning, students were taking the next step with their castles by designing and creating a flag to fly from their castle. After each student drew a flag, team members decided which one to fly and then went to work to create the structure that would enable them to raise and lower the flag.

Another parent volunteer is Vanessa Haydock, whose son, Leo, will be in the first grade at Moore.

“Nissa and I are great friends, and I thought it was a great opportunity for my boy,” Haydock said.

The first night, she said, Leo came home and said, “Mom, I didn’t realize Camp Invention was going to be this much fun.” 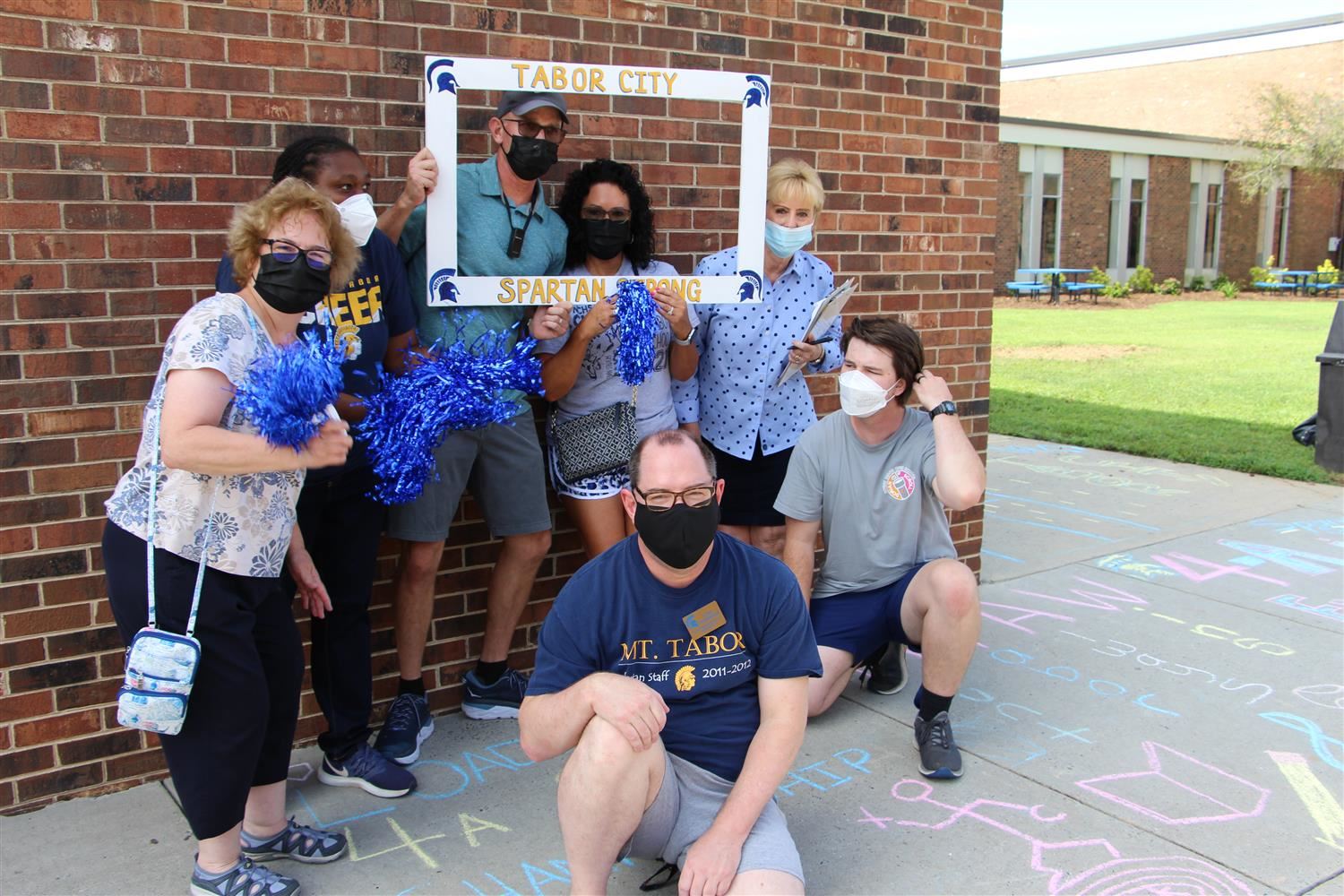 He particularly enjoyed taking apart an electronic device with other students. Cooper and his mother had brought in an old green wall phone for everyone to dismantle. It proved to be so tough that they had to break a piece of the plastic to get the job done.

One of the student counselors lives in New York City and goes to high school there. That would be Gabby Petersen, who is Vogel’s niece. Participating in the camp enables her to be around family here while helping excite students about STEM, she said.

Long term, she wants to become an aircraft mechanic. In the shorter term, her father is teaching her how to fly using a Cessna 170B.

Some of the counselors go (or went) to Atkins Academic & Technology High School. One of them is Brianna Odom, who graduated from Atkins and is heading to N.C. A&T State University. She became interested in serving as a counselor after Vogel came to Atkins and talked about the camp’s focus on STEM.

Papy Fall, who will be a junior at Reagan, is also a counselor. 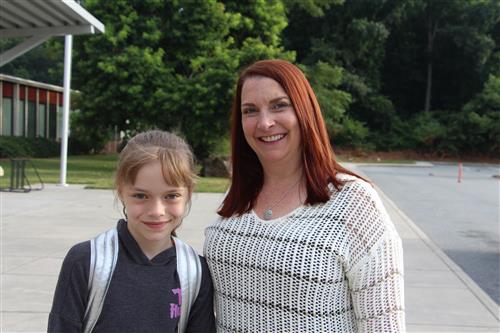 The teachers participating in Camp Invention are:

The students serving as counselors are: 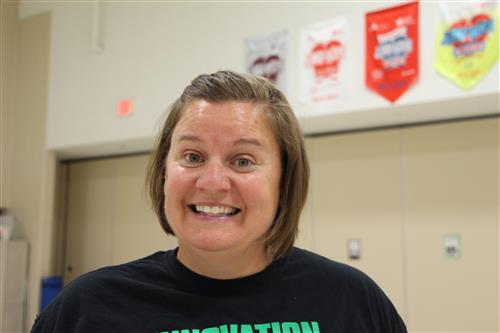 The parent volunteers are:

Camp Invention is a national program developed by the National Inventors Hall of Fame. For more information, go to Camp Invention.