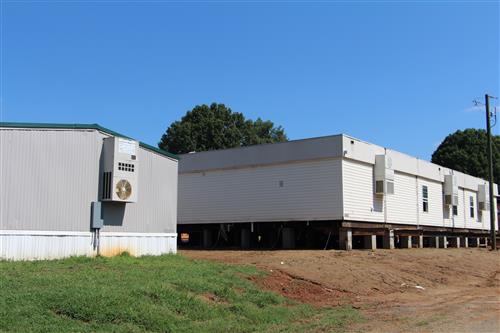 JULY 29, 2019 – Thanks to a modular – or pod – that was moved from Paisley, Speas Global Elementary will have four more classrooms this school year.

“We are so grateful for the district’s support,” said Principal Robert Ash. “As Speas continues to grow, we look forward to serving as many students as possible. We know that the IB and Immersion programs have grown our school and population leaps and bounds.”

“In April 2013, we were just under 380 students. Now to be over 800 just six years later shows the support of the community and the district in the mission and potential of Speas.”

The pod will be used for second-grade classrooms.

“We are continuing to grow and expand,” Ash said. “So, for us, it provided space for additional classrooms, as well as for our ESL (English as a Second Language) and AIG (Academically Intellectually Gifted) classes. Last year, they were both teaching out of the media center. We will also be expanding next year and this helps a bit with that.”

Because more and more families have wanted their children to attend Speas, the school has a waiting list. Although the addition of the modular will expand the school’s capacity, it may not eliminate the waiting list.

“It does not affect our kindergarten classes,” Ash said. “We are holding at seven classes there. We expect to try to bring in as many families as possible by having our Immersion classes at full capacity. We may still have some on the wait list once school starts. We are still waiting on our residential families to continue enrolling.”

“We were just over 750 students last year with PreK included. We will grow to over 800 this year and continue to add another 50 or so for at least two more years.”

Bringing the modular to Speas required some adjustments.

Before, Speas had four mobile units set up behind the main building. Each mobile unit served as a single classroom. Although a modular unit has seven classrooms, three of the mobile units at Speas had to be removed in order to make room for the modular.

So the school is ending up with four more classrooms.

The modular unit came from Paisley IB Magnet. With a new building being completed that will serve as a home for Paisley and Lowrance Middle, the modular was no longer needed there.

The modular was built in eight sections. To move it to Speas, it was divided into eight sections. It is designed so that axles and wheels can be installed underneath. That was done, and a truck towed each section to Speas, which is about 4½ miles from Paisley. 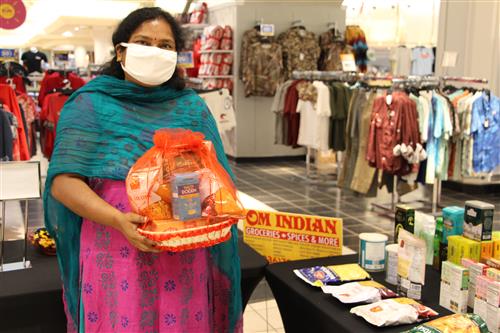 There, they are being reassembled.

The project is one of many summer construction projects being done.

Carlos Sanders, who is the Operations Specialist/Maintenance Engineer for the school system, is overseeing the work.

He made the point that about 25 workers from a number of departments in Winston-Salem/Forsyth County Schools – including electrical, plumbing, grounds, and carpentry – are working on the project.

Private contractors are also doing some of the work.

“It’s been a real group effort,” he said.

“The goal is to have it ready by the time the teachers come back.”

Other projects that Sanders is overseeing include paving projects at a number of schools and rebuilding the tennis courts at West Forsyth High.

The two biggest projects being done this summer are at Forest Park Elementary and at Kernersville Elementary.

At Kernersville Elementary, the kitchen is being renovated, and the generator is being replaced.

Students at Kimberley Park Elementary will also be pleased to find that the lighting has been upgraded.

Other projects being done at other schools this summer include replacing HVAC systems, resurfacing tracks, replacing generators, replacing roofs, and replacing windows.

And work on such bond projects as the new home for Paisley IB Magnet and Lowarance Middle is finishing up.