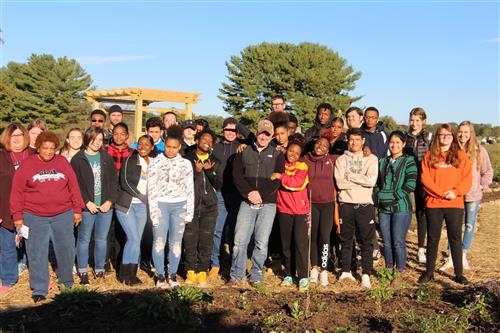 OCTOBER 21, 2019 – Come December, juniors in the Culinary Arts program at the Career Center will be serving people dishes made from vegetables that they planted and tended.

On Thursday, Oct. 17, about 30 students – along with Chef Darlene Owens and Chef Chad Estep – headed out Reynolda Road to the urban farm at Crossnore School & Children’s School, to take the first steps in their “Soil to Food” journey.

“It’s a good experience for the kids so they know where their food comes from,” Owens said.

And, through the project, they would learn what a difference eating freshly harvested food makes, she said. When an earlier group of students had eaten some carrots bought at the grocery store and compared them to some carrots that had just come from the ground, she said, they were amazed at how much tastier the freshly harvested carrots were. 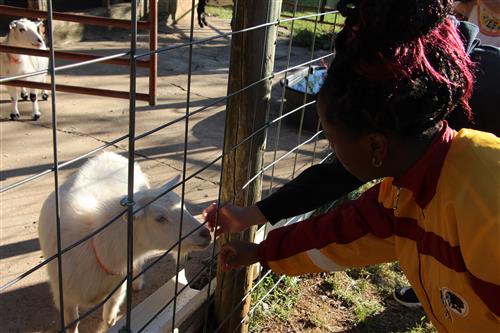 Julia Edmonds, who is an Exceptional Children Resource Teacher at the Career Center, drove the activity bus to the farm. Once there, everyone met Eric Mathis, the Miracle Grounds Network Coordinator who was going to lead them on their farming adventure through what he calls the Story of the Plate.

They gathered outside the greenhouse, where he told them a bit about the farm. Many people in Winston-Salem don’t realize that it is the largest urban farm in the country, Mathis said.

“And you’re standing in it now!”

He also told them about ways in which the farm is connected to the community, such as a partnership with doctors at Wake Forest Baptist Health, who are using the farm as a way to encourage people to eat healthier food. He also talked about partnerships with people who grow gardens in East Winston who come to the farm to learn more about growing “bio-nutrient” food.

During the visit, Mathis said, he would show the students how to “build” soil that would help them produce especially nutritious vegetables, and, along the way, they would get to experience the satisfaction that comes from putting their hands into the soil. 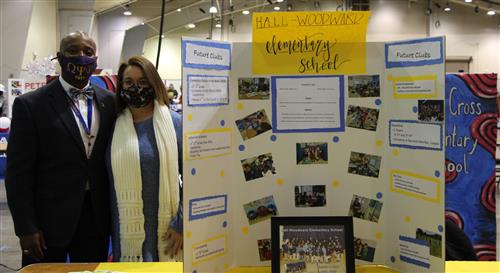 First stop on the learning journey would be the garden up the hill where people grow food for the Food Bank of Northwest North Carolina. On the walk there, students and adults stopped to visit with some of the animals that live on the farm – horses, goats, and a llama.

Awaiting the students at the Second Harvest garden was compost made from fruits and vegetables, coffee grounds, and such. Students lined up and took turns scooping compost into the bucket that Mathis would be taking back to the greenhouse.

After they walked back down the hill and stepped inside the greenhouse, Mathis said, “This is where all the magic happens.”

That magic included not only adding the compost they had brought but also mineral “dust” that had come from Quarry Park on Reynolds Park Road. It, too, added important elements to the soil.

After students sprayed water into the enriched soil, the soil was placed in containers where students would take turns planting seeds.

Before they were done, Estep said, they would have planted different types of lettuce, spinach, carrots, spinach, broccoli and kale. 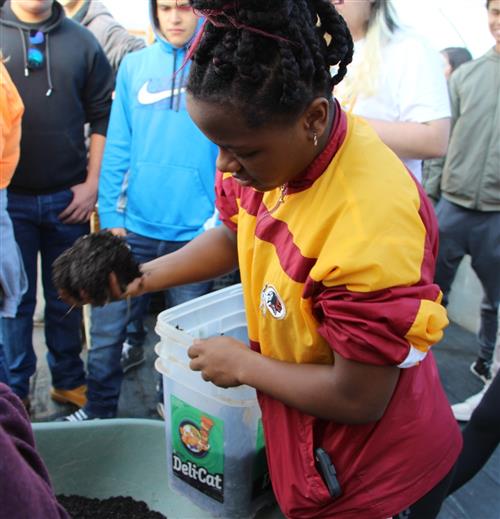 In the coming days, they will nurture their plants and, in December, they will harvest what they have grown and use it to make the food they serve at the Christmas for the City 2019, which will be held at Benton Convention Center on Dec. 19.

After she planted her seeds, Jermiah Cherry, whose home school is Parkland, said, “They are so little.”

It’s hard to imagine that such little seeds will turn into big plants, she said. She’s looking forward to coming back and seeing that, though.

“It is probably going to blow my mind,” Cherry said.

As Asia Richmond, whose home high school is Mount Tabor, waited for her turn to plant seeds, she said that she had particularly appreciated seeing the Second Harvest garden.

“I think it’s a good thing that people are willing to grow food for people who don’t have much,” Richmond said.

Along the way, Mathis had said, “Soil makes you happy,” as he described how microbes in the soil stimulate serotonin, an important chemical in the body that contributes to a sense of well-being and happiness.

Logan Caldwell, whose home school is Reagan, agreed with him.

“This was fun,” Caldwell said. “Soil makes you happy.” 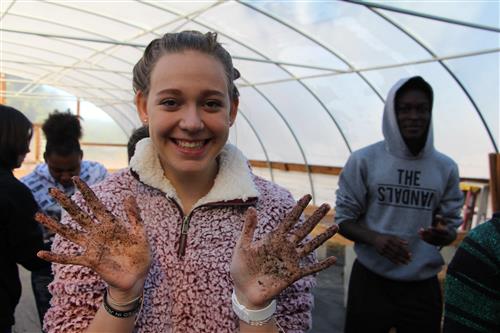 By no means was spending time on a farm a new experience for Valysha Ward, whose home school is Parkland.

“My family came up on tobacco farms,” she said.

Ward is already clear about what she wants for the future. She wants to own a hotel, where her sister, Ednalynn Ward, has her own restaurant.

Latrelle McIntyre, who was standing nearby, said he wants to own a chain of restaurants across the world. McIntyre, whose home school is Glenn, can cook any kind of food and he envisions restaurants where people who cannot afford to pay much can find something tasty to eat and where people with money to spend can eat more exotic foods.

Alice Rowlatt, whose home school is Reynolds, doesn’t want to own her own restaurant.

And she wants to cook nutritious food. 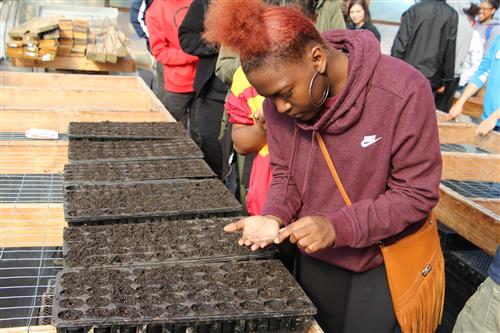