Parent Power: The Power of Us!

NOVEMBER 7, 2019 – On Wednesday night, Nov. 6, parents from schools throughout the school district met with school system leaders at Parent Power: The Power of Us!”

Sharon Frazier, the school system’s Parent/Family Engagement Program Manager, said she hoped that, by the end of the evening, everyone would have “a better understanding of how we need to work together to provide the best possible education for our students.”

Cynthia Scales, who is the Parent Involvement Coordinator at North Forsyth High, said she hoped the experience would make parents more comfortable about taking such steps as calling Central Office if they need something or going to their child’s school and asking questions. 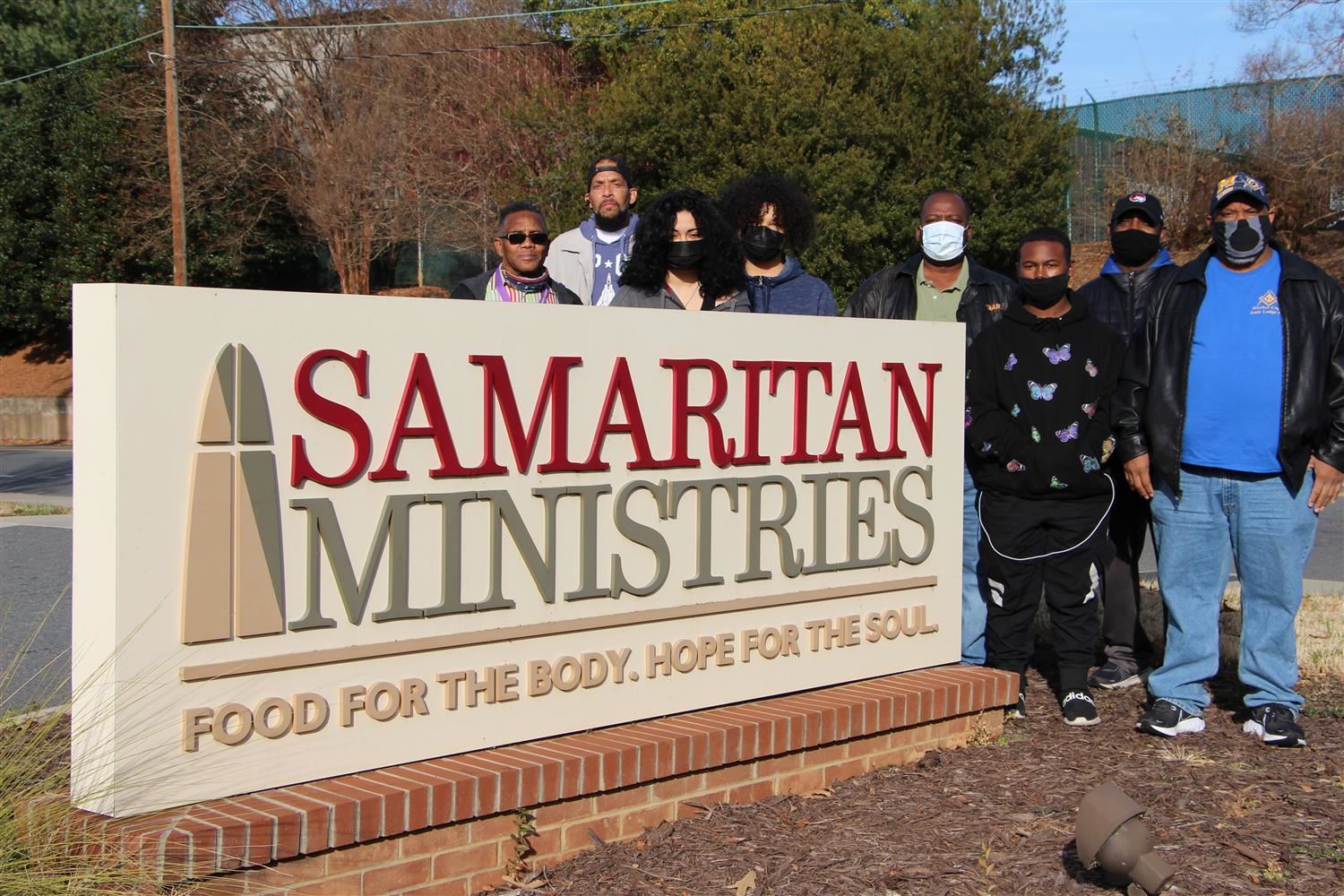 Students joined their parents at the event, and Sara Harmon, the school system’s Program Manager for Health & Physical Fitness, said she hoped that, when they returned to school, they would pass on what they learned to fellow students.

“I hope students feel empowered and comfortable going back to educate their peers,” Harmon said.

One of the parents there was Star Hjorth. Her triplets – Alexander, Matthew, Sheridan – are in the seventh grade at Hanes Magnet Middle.

Hjorth decided to come after seeing a notice about the event. Her goal for the night, she said, was to learn whatever she could “to help my children succeed in school and to see some of the school system resources that might be available.”

The get-together was held in Goodwill’s Self-Reliance Hall on University Parkway. Joining people from such school system departments as Psychological Services were members of the wider community, including representatives from Wake Forest University, The Forsyth Promise, and the Experiment in Self-Reliance.

Many parents brought their children with them, and, as people came in, they could stop by tables set up by such organizations as the Forsyth County Department of Public Health, Crosby Scholars, and Kaleideum museum and science center. 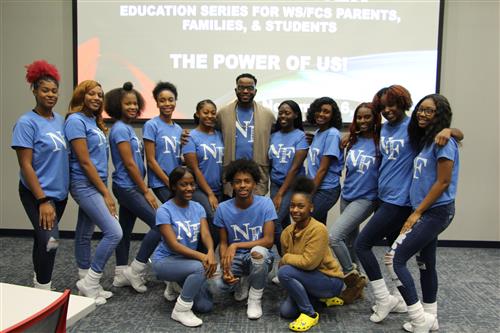 They could even visit with Ready Freddy, the frog mascot who focuses on getting children ready for kindergarten, and with people from the Office of Early Learning.

Maribel De Rojas is the Parent Involvement Coordinator at John F. Kennedy High School. The students joining De Rojas and parents at Parent Power included Student Ambassadors who serve as tour guides and greeters for special events at the school.

The night also included a performance by the members of the Varsity Cheering Squad at North Forsyth High. Gary Robinson, who teaches English, serves as the head coach. He was also there to participate in a panel of school leaders.

The event in the auditorium began with everyone enjoying a catered meal. Students then left to meet elsewhere while the adults got down to the business of the night. 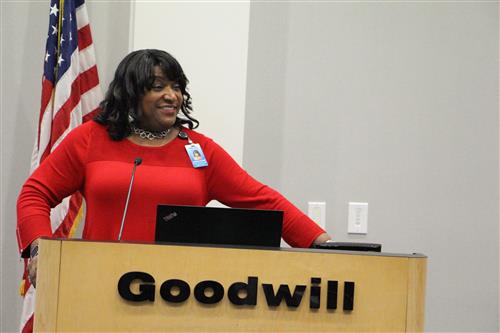 After Frazier welcomed everyone, parents and school leaders divided into groups to discuss issues.

De Rojas met with the group of parents whose first language is Spanish.

Afterward, De Rojas said, “I think the event gave parents an opportunity to express concerns in areas that they think affect not only their own students but all students.”

“In our group – the Spanish-speaking parents – parents expressed they will like to see more bilingual teachers and staff in the schools. They talked about the challenges they face trying to help their students with reading because they feel they are confusing their students when they can only help them in their native language and not in English. Another parent expressed he would like to see reinforcement in the math curriculum as he notices students are not proficient in this subject.”

“As for the emotional well-being of students, our parents expressed they would like schools to have  more counselors and  for middle and high school, counselors going to the classrooms to talk to the whole class instead of waiting for students to come to them. This will reach students that hesitate about going to the counselor's office when they need help.”

“Another parent suggested incentive programs like the ones used in elementary schools be adapted to work in middle and high school to help with behavior issues.” 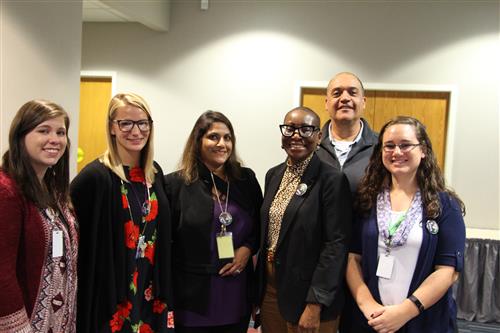 Someone at each table wrote down the topics that emerged during the discussion on a giant sheet of paper, and, when it was time for the first round of table discussions to end, Frazier invited someone from each table to come to the front and share with everyone two of the topics that had come up at their table.

On a giant sheet of paper attached to the wall behind Frazier, Tash Lane, the Manager for Community Coalitions for The Forsyth Promise, wrote down the two topics from each table.

The things people had talked about included, the importance of:

Parents feeling as if they have a voice

A safe and welcoming environment at every school 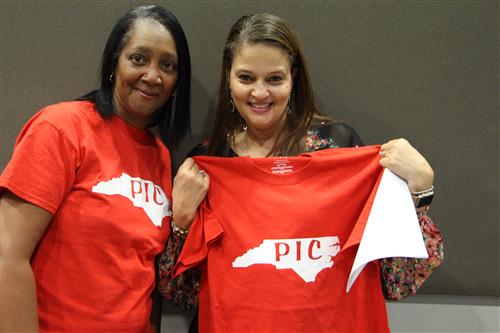 Encouraging to consider all possible paths after graduation, not just going to college

Creating a better understanding among parents of what Common Core is

Panelists on hand to talk about some of the issues that emerged included Mary Todd Allen, the Chief Program Officer for the school system’s Exceptional Children Division; Corliss Thompson-Drew, the Director of Psychological Services; and Kathy FitzJefferies, the Program Manager for Safe and Drug-Free Schools.