NOVEMBER 12, 2019 – At Jefferson Elementary this year, students and staff members have been focusing on the traits and habits that help people lead rich and rewarding lives.

With Jefferson becoming a “Leader in Me” school, they have been learning more about the habits of highly effective people, which include setting goals, “putting first things first,” and working together with others.

They have been talking about the importance of positive habits, such as “choosing your own weather” – that is thinking things through and making choices that enable you to maintain a positive, healthy attitude.

It’s all about helping students develop as people as well as students, said Eva Bishop, the School Counselor at Jefferson. “The things we are teaching them can help them with their lives.”

Asked what she does to help her “choose her own weather” when mental storm clouds are in danger of forming, Bishop said she likes to listen to classical piano music. 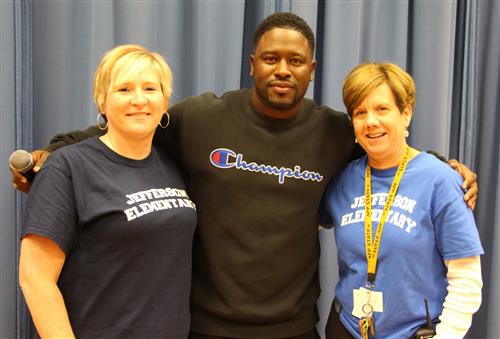 A couple of months ago, Bishop happened to see a video called “Have a Good Day” that was produced by CJ Beatty, who grew up here and went off to play professional baseball for the St. Louis Cardinals and the Chicago White Sox before coming back to Winston-Salem.

These days, he is a motivational speaker. When she heard the Beatty’s message, it fit in perfectly with the positive atmosphere that everyone at Jefferson is working to create. When she caught up with Beatty, he said he would be happy to come to Jefferson for a school-wide assembly.

In the week leading up to Beatty’s visit on Friday, Nov. 8, they played Beatty’s song on the school system’s public-address system each day.

So, when he arrived with the DJ – who goes by the stage name of DJ Freeze 500 Percent – who took care of the music, and Carlyle Beatty, who captured it all on camera, the students were ready. 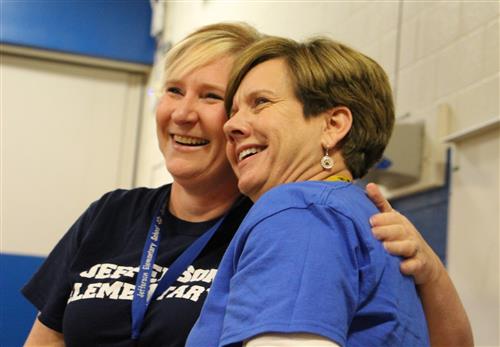 From the moment he stepped onto the stage, Beatty maintained an energetic atmosphere. Earlier on, he told the students that, whenever he felt as if he needed to recapture their attention, he would ask them to say, “Oh, yeah” just the way he was saying it at the time.

He took them through a couple of variations, and, as the afternoon, progressed, they collectively said, “Oh, yeah” in a number of different ways. That was just one of the ways he kept the energy high throughout his visit.

Once it was time to embark on their official journey together, Beatty said, “The first thing I want you to remember is dreams and how important they are.”

From early on, he said, it was his dream to become a professional baseball player one day.

While urging each of them to nurture their own dream to become a doctor or a pilot or whatever it is they want to be, he said, he offered some friendly advice: “There is no way you can do some big, amazing things in your life without listening to your teachers.” 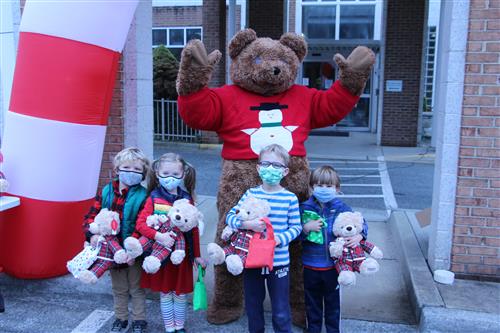 Shifting his focus to the teachers for a moment, he thanked them for all they do.

While he was talking, Beatty kept moving, and he kept the students moving. One time he had them stick a fist in the air and squeeze it as hard as they could to illustrate how hard they would hold onto their dreams.

When it came time for everyone to dance along with the “Have a Good Day” song, he invited Bishop and several teachers and teacher assistants to gather in front of the stage to lead the dance.

The energy had been strong before. During the dance, it increased even more.

If you have ever spent any time in student assemblies where students are excited about what is going on, it may have occurred to you that, if only a way could be found to bottle that energy and turn it into electricity, a city could be powered with that energy. 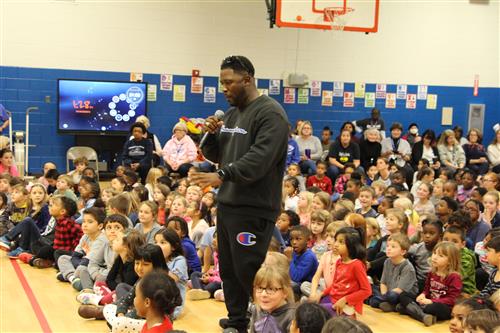 That was the case at Jefferson.

As one fourth-grader was leaving, Bishop said, he said to her, “That was the best assembly we have ever had.”

After the program was over, Beatty visited with a few of the students. Several were eager to give him a hug.

In writing “Have a Good Day,” he said, he wanted a song that would not die.

“The song really gives them that energy,” he said. “It was electric.”

Bishop said she was really happy that, during the dance, she could look into students’ faces as they danced.

“They were super excited,” Bishop said. “Their faces were so lit up. It got me a little choked up while I was watching them.”

The staff members leading the “Have a Good Day” dance were: 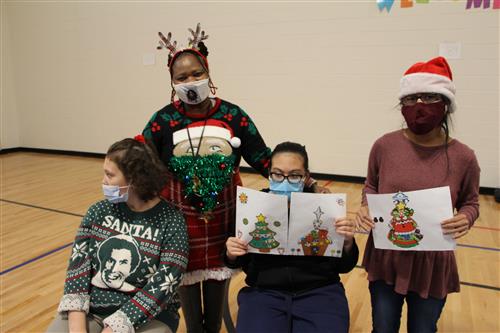 Growing up here, CJ Beatty went to such schools as Griffith Elementary, The Downtown School, Parkland High and Glenn High. You can find more about him and his program at CJ Beatty