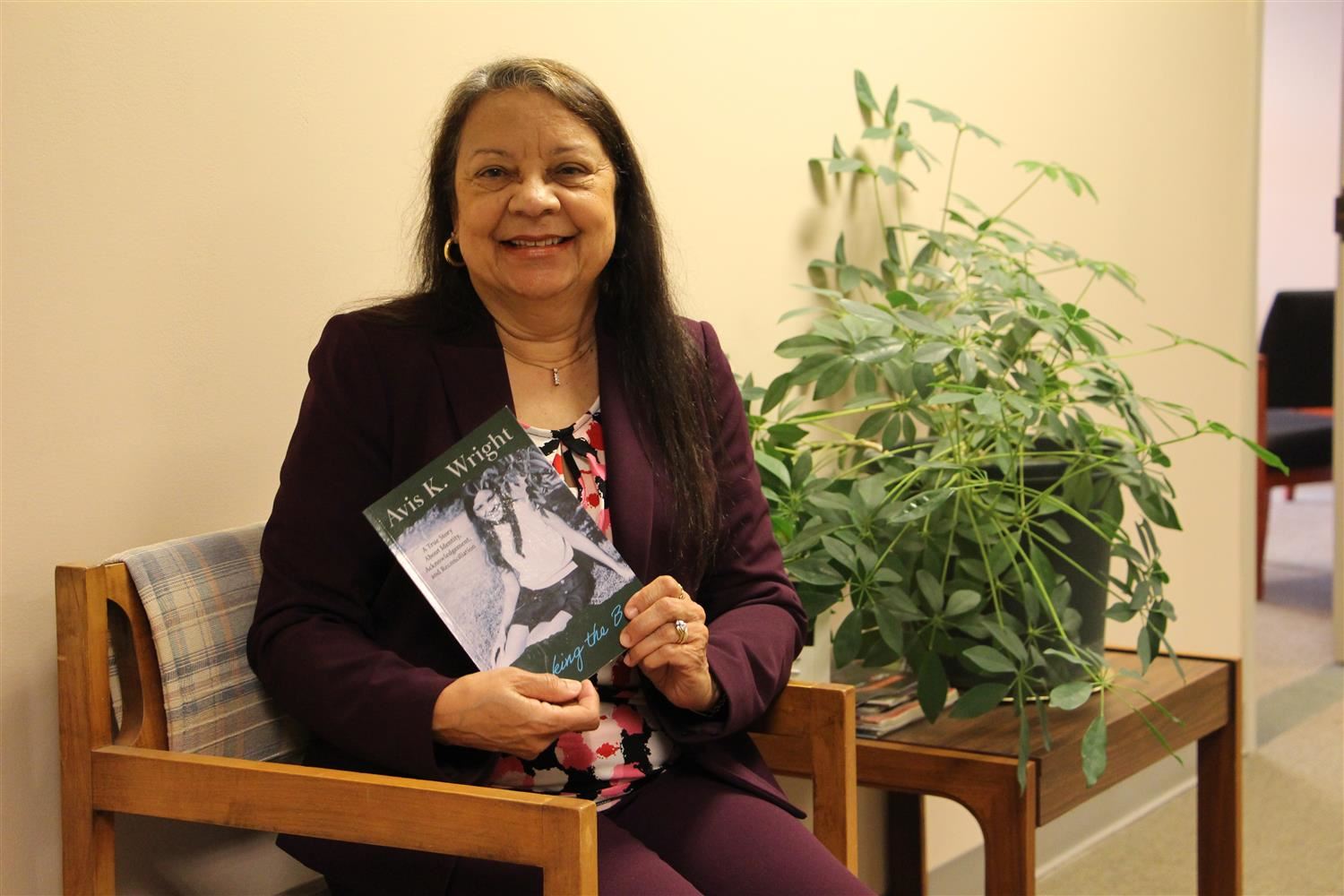 NOVEMBER 21, 2019 – With Wiley having a number of students who are deaf or hard of hearing, sixth-graders Kendall Fraas, Ivy Transeau, and Madalyn Smith decided they wanted to join the school’s American Sign Language Club and learn how to sign.

“There are a lot of deaf and hard of hearing kids in our grade,” Ivy said. “It would be nice to talk to them.”

Madalyn thought it would also be a good way to make new friends.

They have already learned a lot this year, the girls said. Kendall has particularly enjoyed learring how to make the signs for people’s names.

The club has taken off this year, turning it into the school’s largest club. Jessica Vaden, the American Sign Language interpreter who serves as the club adviser, said she hopes the club helps create a sense of community at the school.

On Tuesday night Nov. 19, Vaden and the three girls were among a number of Wiley Magnet Middle students on hand for the school’s second annual Wiley STEAM Fest. 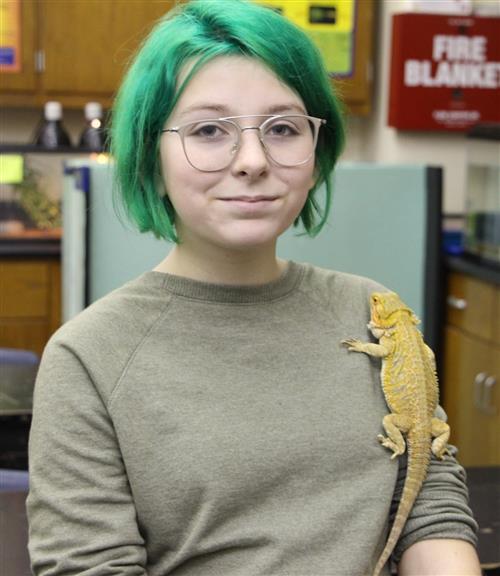 While serving as a showcase for students, STEAM fest was giving prospective students and their families the opportunity to learn more about the school, said teacher Betty Jo Moore, and “to let the community know what we are doing in our school as it relates to STEAM.”

People who stopped by the classroom where the American Sign Language Club was set up could learn some signs if they wanted.

Other options for the night included stopping by the school’s zoo, checking out the action at the robotics table set up by members of the school’s two robotics clubs, watching a 3D printer in action, and learning more about the school building and the school’s history by embarking on the Goose Chase Challenge scavenger hunt.

They could also listen to students play music and watch cheerleaders perform.

At the zoo, people could meet snakes, bearded dragons and more.

Maya Levenson, who is in the eighth grade, is one of the Zookeepers. 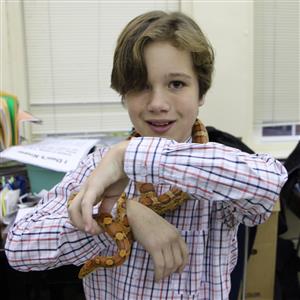 “I like that it is a STEAM school,” she said.

Seventh-grader John Spinosa, who belongs to the STEAMers robotics club, was one of the students at the robotics table. He likes programming the robots and getting to know students he might not know otherwise.

“I have made a lot of friends,” John said.

At a table nearby, those who wanted to go on the Goose Chase scavenger hunt could check in with Kathryn Finney, who teaches sixth-grade English language arts.

Asked whether she particularly enjoyed one aspect of STEAM, she said it would definitely be Math. She has a gift for numbers and can simply look at a long string of numbers and remember them.

Her favorite number is 21. When she was younger, she liked it because it was the age at which you officially became an adult. Now she just likes it.

Asked what she likes about Wiley in general, Finney said. “I love the diversity here.” 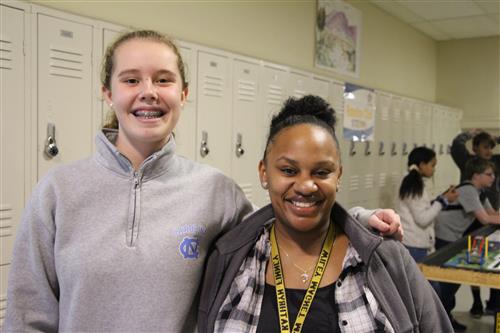 When seventh-grader Addison Moser stopped by to say hello, she spoke highly of Finney.

“She is kind,” Addison said. “She is a really good leader, and she is very patient. And she’s fun to be around.”

“It’s a really good school for you if you are interested in STEAM,” she said.

Addison’s favorite number is 12. When she was young, it was assigned to her something. After that, it kept popping up. Eventually, it became her favorite number.

In the social studies class taught by Rhonda Uribe, students had taken an imaginary trip down the Nile River in Egypt and done research into theories of ways that the Great Pyramid might have been built. At STEAM Fest, they were available to talk with visitors about the different theories.

With a model of a pyramid and various types of ramps in hand, Derik Douglas, who is in seventh grade, used different types of ramps to demonstrate how the project might have progressed. Asked whether he backs one theory over another, he said it was hard to say because all the theories have pros and cons. 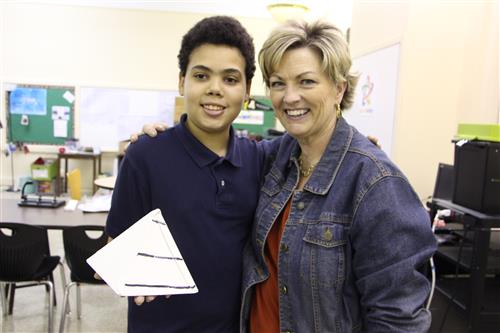 Derik did enjoy the process of exploring the complexities of building the Great Pyramid.

While her son, Adam, was learning how a 3D printer works, Anna Houser talked about what brought them to Wiley for the STEAM fest.

Adam is in the fifth grade at Lewisville Elementary, so they are looking at what school would serve him best.

“I wanted to get a feel for the curriculum,” Houser said. “I’m trying to get all of my options.”

She was liking what they were learning about Wiley. Her older son, Dawson, is in the seventh-grade at Paisley IB Magnet. So that is a possibility, too.

Principal Lisa Bodenheimer was exploring STEAM fest in the company of Anne Proctor, a teacher at North Forsyth High who will be joining Wiley as an administrative intern.

Along with STEAM fest giving visitors a feel for the school, Bodenheimer was enjoying current students being able to show how STEAM is integrated into the curriculum. 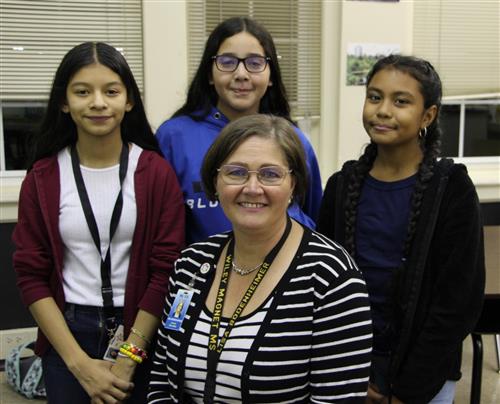 At the moment, Bodenheimer’s favorite number is 700.

Bodenheimer is in her fifth year at Wiley. When she came to the school, the number of students hovered around 600. On the day of the STEAM fest, Wiley had 697 students. So she was looking forward to the day the school would have 700 students.

The people at Wiley have everything to do with making that growth happen, Bodenheimer said.

“It’s about the teachers.”