Inspiring Students to Work as Hard as He Does 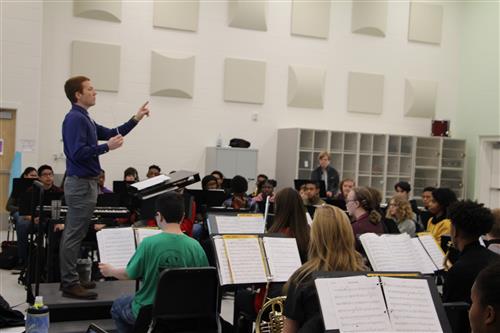 DECEMBER 2, 2019 – When working with his band students at Paisley, Greg Dills has a gift for finding just the right mix of focus and lightness.

“He is always pushing us to do our best and perform even better than we know we can,” said one of the band students.

While doing that, he makes rehearsing an enjoyable experience, she said. “He can be serious but he also knows how to joke around.”

And, along the way, he treats every student with respect.

Dills likes being able to work with students in both middle and high school. As the Director of Bands at Paisley IB Magnet School, which offers the International Baccalaureate program through 10th grade, Dills has worked with some band students since they were sixth-graders.

“Paisley is such a unique school,” he said. “We have built that relationship over time.” 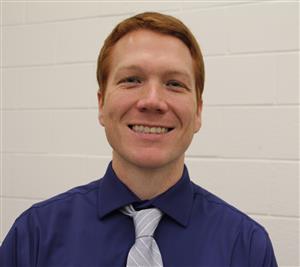 Dills has an easy rapport with his students. On the morning of Monday, Dec. 2, after students finished rehearsing one of the songs they will be playing at the holiday concert on the night of Dec. 9, Dills looked at over at a group of students and said that a particular sound coming from there didn’t sound quite right.

One girl sitting in the back row gave a “who knows who that could possibly be?” smile and shrug and turned to look at the nonexistent person behind her.

Students are also eager to do what they can to help. Sophomore Brooke Lackey has been playing percussion. But, when Dills needed a tuba player, she agreed to learn a new instrument. 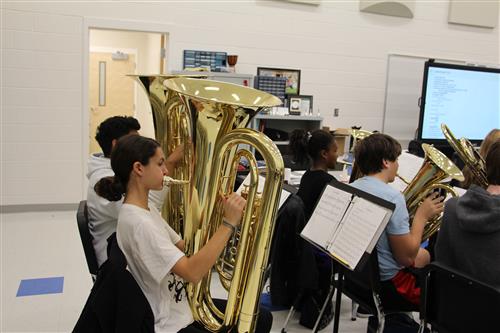 Lackey likes working with him.

“He is really fun,” she said. “He jokes. He makes the atmosphere comfortable.”

“Greg Dills followed in some big footsteps as band director at Paisley - and created even larger ones himself,” Cone said.

“During Greg's time leading our band program, Paisley has enjoyed increased student enrollment in the band and been recognized as a leader in more and more competitions.”

“Greg is a great communicator. One of Paisley's former PTSA presidents pulled me aside one day and complimented Greg's informative and timely communications with band parents. Her exact words were, ‘You should get Mr. Dills to lead professional development for all teachers about how to communicate effectively with parents. We love the way he keeps us informed!’"

“Greg Dills is never satisfied with ‘good enough.’ He works to get new instruments in the hands of students, to create new opportunities for learning, and to expand his own knowledge about how to be a better band director and teacher.” 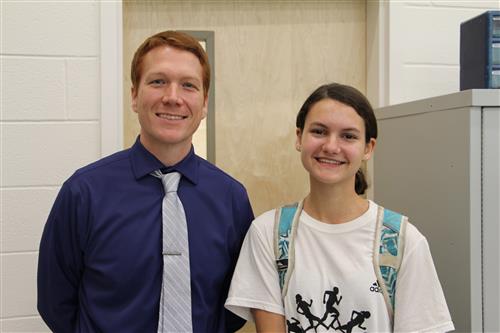 “Greg is a ‘go to’ kind of teacher. If we ask him to take on a task outside his normal duties, we know it will be done well, and it will be representative of the best Paisley IB has to offer. Many of my conversations with Mr. Dills began with him asking, ‘Can I....?’ and then explaining a new program or direction he wants to take with his classes.”

“Other conversations reflective of his initiative start with, ‘I just want to let you know that we ....’ and then he tells me about another achievement or milestone for his kids.”

“I am proud to be Greg's principal and to have him work with our students.”

Dills work as a musician extends far beyond the world of Paisley. 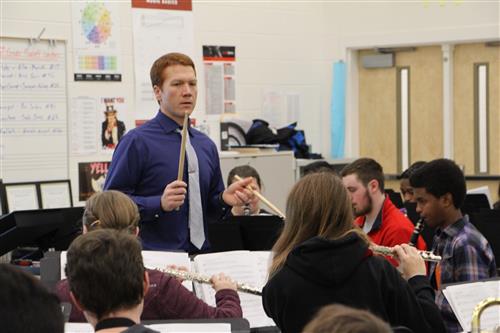 On Tuesdays and Thursdays, that makes for a work day that is quite long. On those days, he arrives at Paisley at 6:30 a.m. and works with students there throughout the school day. After Paisley students head home, he heads to the Wake Forest campus and works with percussionists there from 4 to 6 p.m.

By no means is that the end of the list of the work he does in the world of music. He also plays with groups here, such as the Piedmont Wind Symphony, and, in Salisbury, he plays with the Salisbury Symphony Orchestra.

When needed, he plays for churches. He gives private lessons. He has arranged music for groups in North Carolina, Virginia, Tennessee, Georgia and Arkansas.

Clearly, he’s not the sort of person to sit around and do nothing. Although he does his best to slow down a bit on Sundays, other days are packed.

And, recently, he started training to run a marathon in March.

Percussion music is his first love.

Dills grew up in Franklin. When his mother was in high school, she played clarinet. After his older brother started playing drums, Dills discovered that he, too, loved playing drums and other percussion instruments. 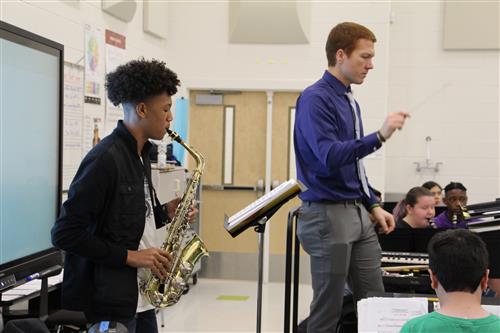 “It’s unique. You learn so many different instruments.”

Other fun posters in the band room include one on a door that says, “Practice Only on Days You Eat,” and one that brings to mind the classic “Uncle Sam Wants You for the U.S. Army” poster. This one has Uncle Sam pointing and saying, “I Want You to Practice.”

In addition to enjoying the music itself, Dills finds that playing is a good way to unwind.

“It’s a stress reliever to me,” he said. “Whenever times are tough I can go to my drum.” 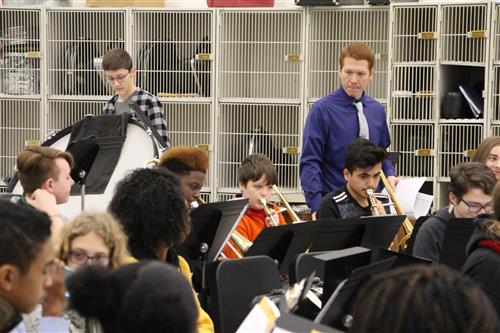 “I can do whatever they need to do,” he said.

When Dills headed to Western Carolina University after graduating from high school, he knew he wanted to become a music educator. After graduating from Western Carolina in 2012 with a bachelor’s degree in Music Education, he headed to Appalachian State University, and, in 2014, he earned his master’s degree in Music Performance.

“I have known him since 2014 when he became the percussion instructor at Reagan when I taught there.”

“He has consistently improved the quality of the Paisley band program since he has been there. This includes receiving Superior ratings at MPA (Music Performance Adjudication), as well as having students audition and earn placements into honors ensembles including All-County Band and All-District Band.”

“His percussion ensemble from Reagan High School was selected to perform at the North Carolina Music Educators Association In-Service Conference. This is a huge honor as only a few groups from around the state are selected, and his was the only percussion ensemble.”

And he is “a super nice guy,” Oliver said. “His classes are always really, really good – very student-centered.”

“He inspires the kids to work as hard as he does.”