Having Fun While Collecting Food for Those in Need 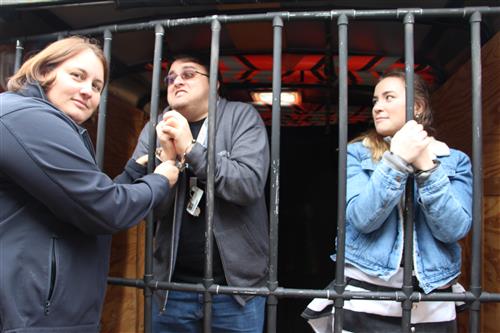 DECEMBER 9, 2019 – With the Fill the Bus campaign at Southeast Middle, staff members are “jailed” and students help them make “bail” by donating food for people in need.

“We’re making it fun while doing something good,” Ava said.

“I hope the people who are less fortunate than us have enough food for winter.”

This is the seventh year that Southwest students and members of the staff have brought in canned goods and other nonperishable food for people in need. The food is distributed through Second Harvest Food Bank of Northwest North Carolina.

During the course of the day on Friday, Dec. 6, a series of friendly competitions were held.

In one competition, the seventh grade and eighth grades competed by “jailing” teachers from each grade and competing to see which grade brought in the most food to “bail” them out. 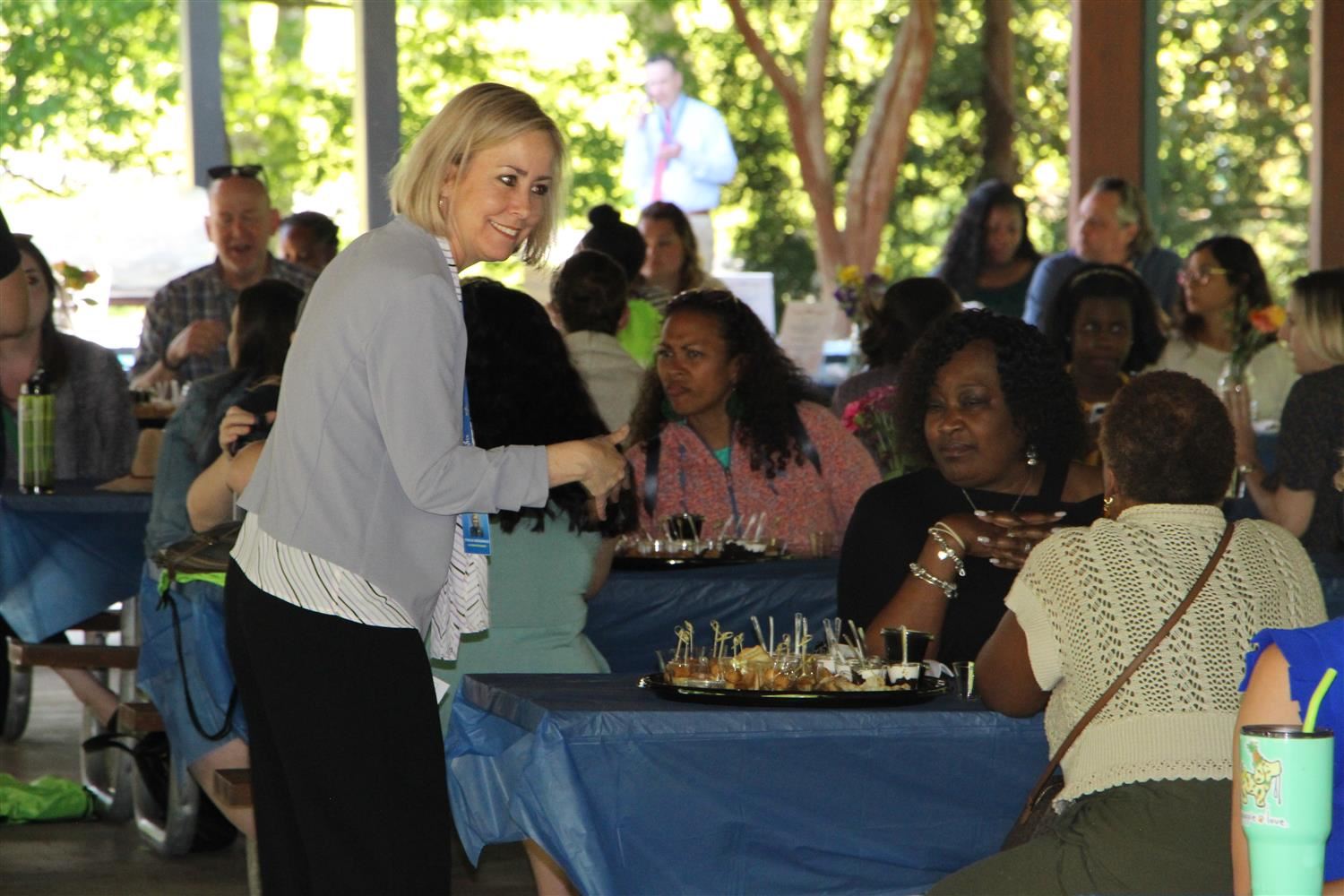 Nicole Smith, who is the SRO (School Resource Officer) at Southeast, added to the fun by handcuffing the prisoners. Smith likes seeing how thoroughly the project engages students.

Four seventh-grade teachers – Anthony Giannini, Quiahnna Burt, Sarah Lampkin, Kelly McCraw– became prisoners. Prisoners were jailed in one of two places – in a trailer with bars or in an activity bus. So, teachers could grab the bars in the trailer and call out to students – “I regret nothing,” Burt said – or stick their heads out of the bus window and plead with students to bail them out.

“It’s two on two, so you’re going down,” Gentry told them.

Both Sedge Garden and Caleb’s Creek feed into Southeast. So many of the students at Southeast knew Wyatt or Jones, and the two had big fun “begging” students they knew to donate food in their name.

“Help us, please,” Wyatt said with a pitiful expression. 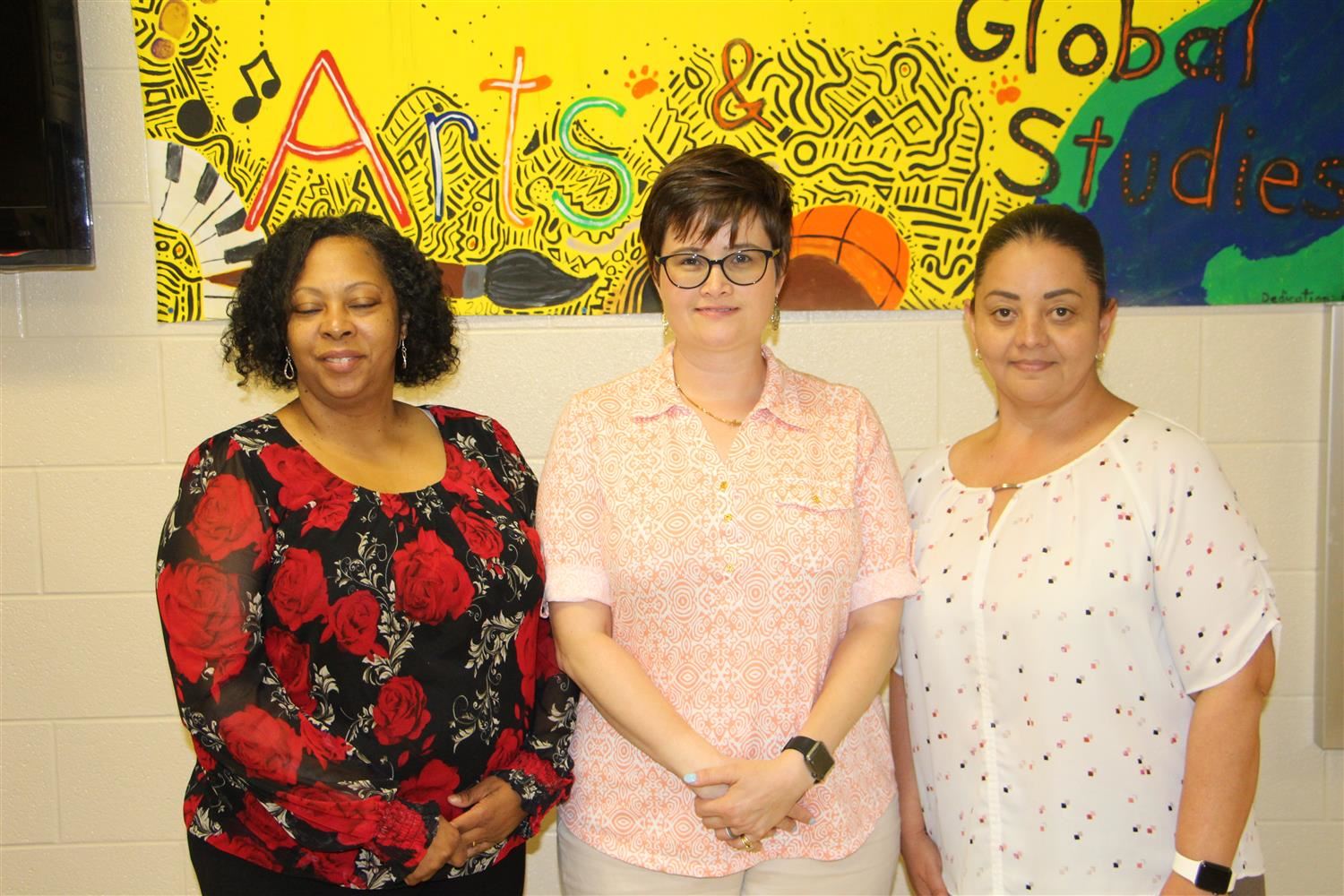 Christian King, who is president of the Student Council, was overseeing the table where students could say who they wanted to credit with their contributions.

Now in the eighth grade, she has participated in the project all three years. Over the years, she and her mother, Dedria Davis-King, who teaches Technology Engineering & Design at Southeast, have brought in many, many cans.

Christian also enjoys seeing the enthusiastic participation of other students.

“I think the hype that is around this gets a lot of cans,” she said.

A number of the students were adding to the jail atmosphere by wearing black-and-white striped coveralls. After the students keeping track of who was to get credit for the donations, other students would placing the food in big bins that were filling up.

The day came with a bonus for fans of Cathie Hayes – the lead custodian known to people throughout the building as Miss Cathie. 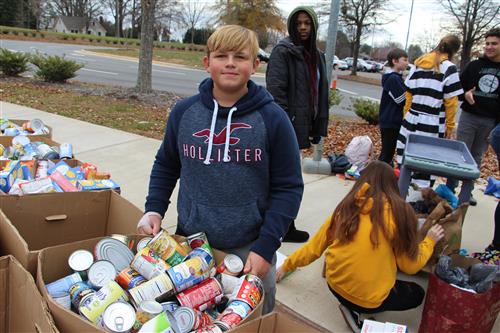 In November, Hayes, who has been at Southeast Middle since 2001, had to have breast-cancer surgery. To show their support for her on her last day before surgery, people throughout the school wore pink to show how much she means to them.

Always looking to help others, Hayes showed up at Southeast on Friday with food that she gave to teachers so they could pass it along to students would have any cans to contribute otherwise.

The surgery went well, she said, and she plans to return to work on Monday, Dec. 9.

Other competitions during the day included women teachers vs. men teachers and Student Council vs. Administrators.

Sophia, who is in seventh grade, is all for the Fill the Bus campaign. First, it helps people in need. 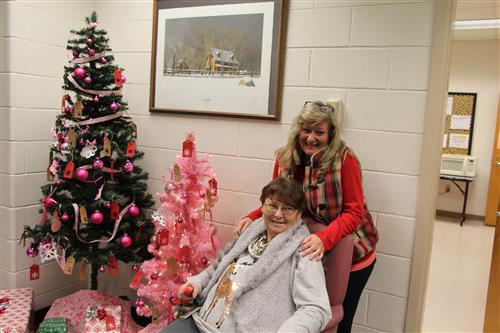 “Plus, we get to skip class,” she added.

“I like how we are giving back and showing we care for them,” said seventh-grader Charlise Grimes, who brought in cans of corn, peas and spaghetti.

Parents, grandparents and other members of the Kernersville community participated as well. Richard Keller, whose granddaughters Alex and Summer Warren go to Southeast, showed up with two boxes and one large bag filled with food that the girls and their mother, Rachel Warren, had collected.

“I enjoy doing things like this with them,” Keller said. “We should all do good things in life no matter how old.”

He borrowed a cart to wheel all the food to the bins where students handling the food were stationed.

The first year Gentry held the first Fill the Bus event, she set a goal of collecting 1,000 items. After 3,000 items came in, she said, it was clear that she was on to something. 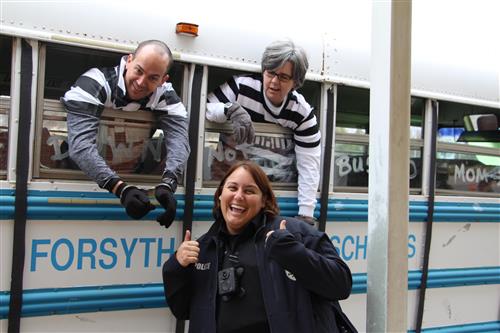 Participation continued to grow over the years. This year, by the end of the day, Southeast had collected about 7,200 items.