A Natural Teacher Who Never Stops Striving to Become Even Better 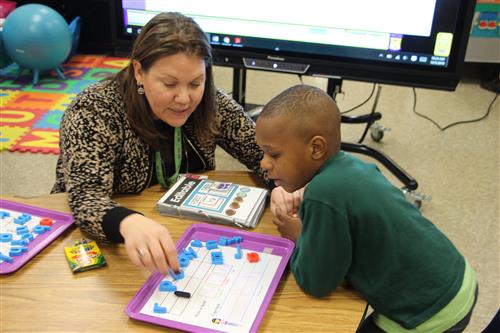 “I had trouble reading,” O’Connor said.

Because of these difficulties, she didn’t enjoy school, and she certainly never imagined becoming a teacher one day.

Her love for children and her desire to help them learn – and her discovery that she had a gift for doing that – changed her entire mindset.

Today, O’Connor is an award-winning teacher with a reputation for doing all she can to serve students, their families, and the people with whom she works with.

At Ashley Academy for Cultural and Global Studies, O’Connor works with kindergarteners and first-graders in the Exceptional Children program.

Her latest recognition came in November at the state conference for Exceptional Children where she was named the 2019 Educator of Excellence for Winston-Salem/Forsyth County Schools.

“I want to be the best I can because that is what all kids deserve.”

Earlier recognitions include being named one of eight semi-finalists for the school system’s Teacher of the Year in 2018.

In 2018, she was also invited to become a Teacher Leader with the school system’s Teacher Academy, a program that offers opportunities for teachers to serve their fellow peers in a number of ways.

During a recent visit to Ashley Academy to watch O’Connor work with her students and to talk about her life, she made a point to thank her Principal Scarlet Linville, the people in the Exceptional Children’s Division and the people with the Teacher Academy for all the support they give her. 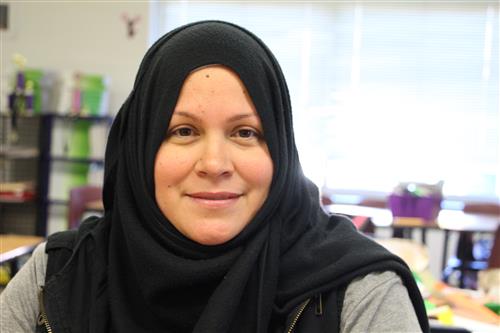 Over the years, many people have nourished her with kindness, she said. “I want to give those same gifts of kindness to my students!”

If you talk to her colleagues about what makes her special, the responses you’ll receive include dedicated, determined, and an advocate. They even pointed out that she strives not only to serve her students but also students throughout the building, families of students attending Ashley Academy, and her fellow co-workers.

“Katie is what I consider to be a natural,” said Denise Mitchell, who teaches fourth and fifth-graders with special needs.

Mitchell went on to say, “She was probably a teacher long before she had any formal training.”

Some people skim along the surface, Mitchell said, O’Connor digs deeps to understand what works best for each child.

O’Connor also knows that, however much she knows, she still has more to learn, Mitchell said, and she continues to seek more knowledge. 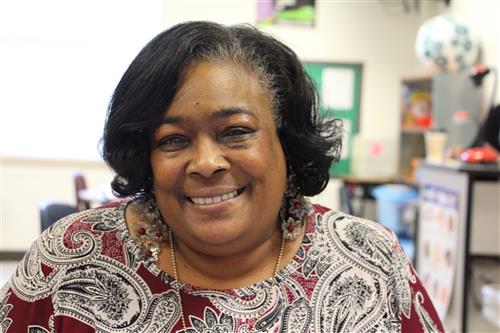 Juana Rhili, who teaches first grade at Ashley Academy, appreciates how much O’Connor cares for everyone.

“She is an advocate not just for her students but for all students and teachers in the building.”

O’Connor does whatever she can to help students and teachers, Rhili said. She routinely stays after school to help, and if you need to call her at home with a question, that’s fine with her, too.

Her expertise extends beyond the Exceptional Children and she can offer insights for what approaches might work with students in regular education classrooms.

Her knowledge is extensive, and if someone doesn’t know the answer to a question, the response might be “Just ask Ms. Katie!

Rhili has also learned a lot from O’Connor about the importance of being flexible.

Children throughout the school know and appreciate her, Rhili said. “The kids are so open and receptive to her.”

O’Connor grew up in New Jersey. Because she had trouble learning to read, she said, “I was a kid who hated school.”

She did enjoy math – unless she was asked to solve word problems.

“I love numbers,” she said. 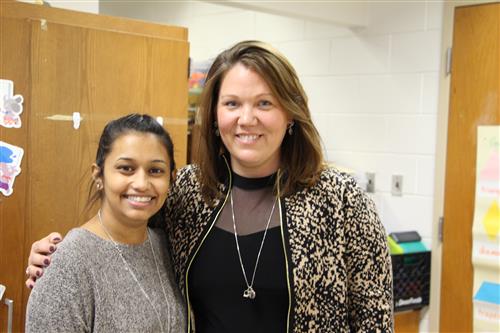 When O’Connor was young, she was shy. She still has a touch of shyness and definitely thinks of herself as a private person.

After graduating from high school, she worked as a waitress while taking some remedial classes and accounting classes at a local college.

Her parents, John and Bernadette O’Connor, retired in North Carolina, and in 2000, she decided to move here as well.

Around the same time, she met her future husband, Pete Engle. They have now been married for 17 years.

In North Carolina, she started working with a program that served students with autism, and she would go to their homes to work these students. When the parents of one child decided to send their child to Ashley Academy, they asked her to ‘shadow’ the child at school and help as needed. 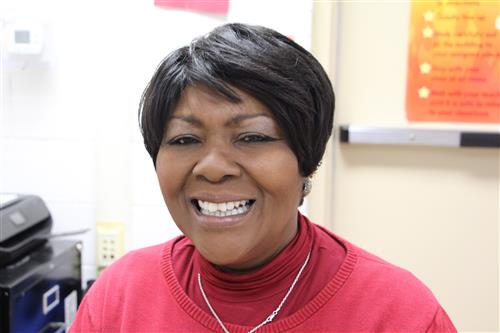 The principal at the time was impressed by her work with students and offered her a job as a teacher assistant in 2003.

After working as a teacher assistant for a few years, O’Connor decided to earn her bachelor’s degree at Salem College. As a small school with a nurturing environment, it proved to be the perfect choice.

“Salem College was incredible, and I had a great experience there,” she said.

She graduated in 2014 with her Education license in both Elementary Education and Special Education.

After graduating, O’Connor became the lead teacher in the class she had been an assistant in.

For the past five years, Nikki Young, who has been at Ashley for 10 years, has worked with O’Connor as her teacher assistant. 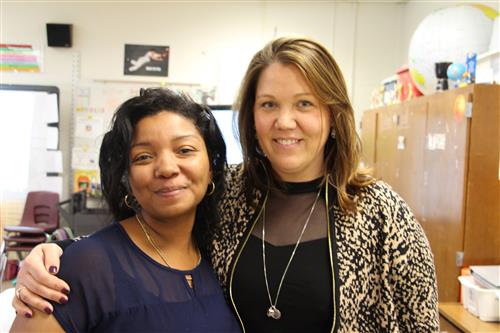 “She comes prepared to work every day,” Young said. “We come to work and teach, and we are passionate about it.”

With Ashley Academy being where O’Connor became inspired to become a teacher and where so many people have supported her in becoming the best teacher she can be, O’Connor thinks of Ashley Academy as her teaching home.

These days, she is a comfortable reader. Because of her own struggles with reading, though, she knows the impact that difficulties learning to read can have on her students, and, over the years, she has learned as much as she can about the different ways in which people learn to read and the different strategies that can help. 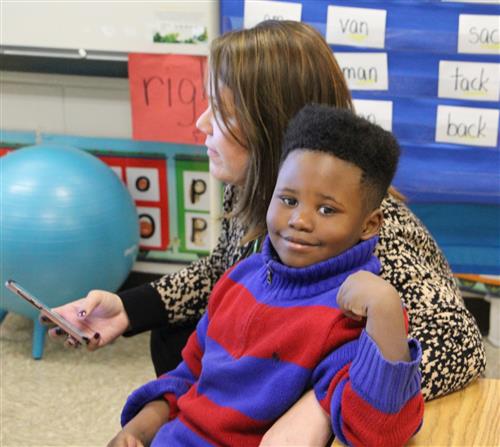 “I read anything that makes me a better teacher,” she said.

She has learned that each of us processes information in different ways, and she works with students to discover what approach – visual, kinesthetic or auditory – will work best for that child. With one child, she may show pictures associated with a word. With another child, she may make up a song and sing as they work together.

“You can be as silly as you want,” she said. “You have to make a book come to life.”

When observing O’Connor work with students the other day, it was clear that the students were having fun identifying words such as “jam” and “Pam” and putting them into sentences: “Sam and Pam like jam.”

When she asked students who was ready to see how many words they could read, hands shot up.

She likes helping others in their efforts to become better teachers. Through the Teacher Academy, she works as a mentor to other teachers, and teachers from other schools come in from time to time to observe her at work. 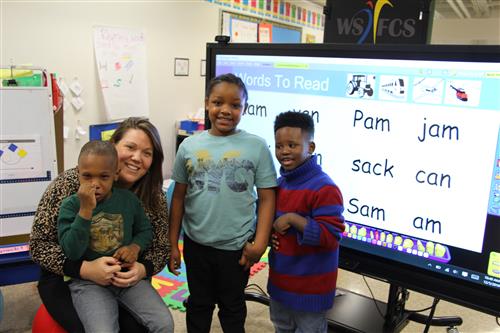 She also works in-house as a mentor to new teachers. Currently, she is serving as a mentor to Tanisha Kishan, who came to Ashley as a kindergarten teacher. She is now working to become a Literacy Interventionist.

Kishan appreciates what O’Connor has done for her.

“She is always willing to share her skills, knowledge and expertise in the field,” Kishan said.

She offers insights that prompt Kishan to think, “I never thought about that.”

And, if O’Connor doesn’t know the answer to a question, she finds it and gets back to her as soon as she can.

“She is dedicated to her job,” Kishan said. “I wouldn’t be where I am without her.”

Kishan has come to think of her as more than just a mentor, she is also a friend!

Halima McCaskill teaches English language arts to fifth-graders and works with students in the academically gifted program. She met O’Connor shortly after she came to Ashley Academy 13 years ago when O’Connor walked up, introduced herself and said, “If you need anything, just let me know.”

And she meant it! When McCaskill needed help, O’Connor provided it. As they became friends, one of the things that McCaskill came to appreciate about her is her consistently positive approach.

“She always finds the good in things,” she said. “You rarely see her upset.”

When asked what might upset her, McCaskill said, it’s discovering that a student isn’t getting what he or she needs. When she does, she takes the steps to fix whatever needs fixing.

“She is definitely a mother to all of the kids at this school,” McCaskill said. “She is dedicated, and, whenever she sets her mind on something, she is going to accomplish it.”