"Integrity and a Big Heart for Putting Others First" 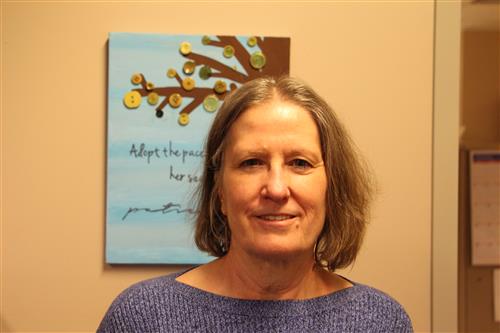 FEBRUARY 11, 2020 – As the school system’s Chief Program Officer for Research and Evaluation, Marty Ward works with the members of her team to try to determine what works – and what doesn’t – when it comes to students being academically successful and doing well personally.

Figuring that out can be quite complicated, and it’s a challenge to be able to say, “If you do that, students will learn.”

That said, it’s work that she loves.

“I have been very fortunate to spend my career working with people who care about children,” she said.

Now, after 34 years of working in public education in North Carolina, it’s time to move on to the next challenge. At the end of February, Ward is retiring.

She will be missed, not only for the work she does but also as a colleague and friend.

“Marty Ward has been an incredible asset to our district,” said Instructional Superintendent Donna Marie Cannon.

“She is always willing to share her analytical expertise with her colleagues, principals and teachers. She has a unique way of helping others understand what can be difficult data.  School faculties appreciate this about her, as she travels to schools to work with them.”

“My Teacher Academy Team has worked closely with her in developing surveys, analyzing data, and projecting and reporting outcomes. She has been valuable to us as we navigate our work.” 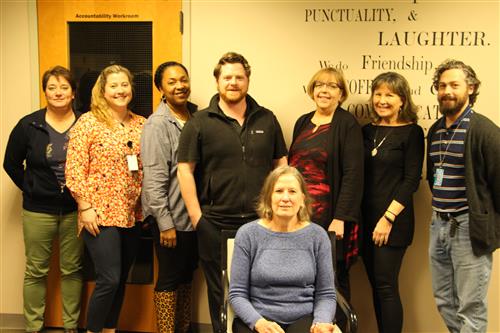 “Marty has integrity and a big heart for always putting others first, this is definitely evident in the strong relationships she has built across our district.  She is a true leader who will be missed greatly.”

After first working for the N.C. Department of Public Instruction and Guilford County Schools, Ward joined Winston-Salem/Forsyth County Schools in 2001.

When she joined WS/FCS, she was the only person doing what she does. Today, the Research and Evaluation team includes nine people.

Some of the money for their salaries comes from organizations supporting community initiatives such as The Winston-Salem Foundation, the United Way of Forsyth County and the Kate B. Reynolds Charitable Trust.

“We have fabulous community partnerships,” she said.

Justin Long is a Research & Evaluation Specialist on her team who is also working on his doctorate in Educational Research.

“She has really been a mentor,” Long said. “She has made me a better evaluator – a better researcher.”

He appreciates her willingness to talk things through and show how to turn theory into the reality of how things work.

“That has been invaluable for me,” he said. 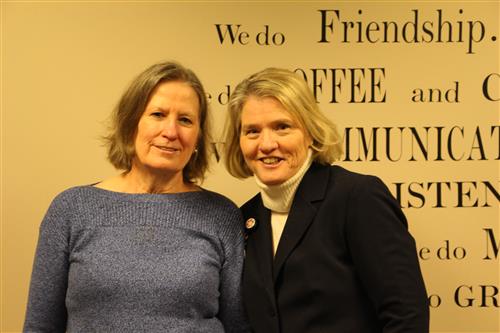 Ward also has a gift for explaining how research and evaluation work to those who are not in the field, Long said.

As satisfying as this path has proven for Ward, it was not the path she imagined.

“I never thought I would end up in public education for 34 years,” she said. “It’s been a fun ride.”

She thoroughly enjoys working with teachers and principals in the schools, and her one regret is that she never served as a teacher in a classroom. She thinks that experience would have given her valuable perspective.

“I don’t think people understand how hard people in schools work and that they help children whatever their circumstances,” she said.

Ward grew up in New Jersey about an hour south of New York City. Her grandmother lived in Manhattan, and she would regularly visit.

Ward went to Clark University in Massachusetts planning to earn a degree in psychology on her way to becoming a counselor. Her older sister had moved to North Carolina, and, after Ward graduated in 1978, she moved down here.

She went to work for a research company that researched class-action lawsuits. 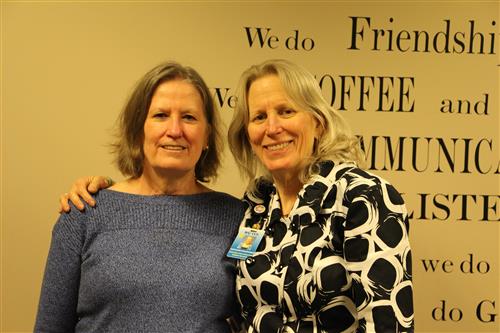 She lived not far from the University of North Carolina at Chapel Hill and headed there to earn her master’s degree and doctorate in Educational Psychology. After earning her doctorate, she started her career in public education in North Carolina in 1986 as a Senior Consultant for the N. C. Department of Public Instruction.

When she went to work for the Department of Public Instruction, she became part of the team that designed the End-of-Course and End-of-Grade testing programs.

“I had no idea what I was embarking on when I took that job,” she said.

After nine years with the state, she headed to Guildford County Schools as the Director of Assessment. She worked there for six years.

Over time, she learned that she thoroughly enjoyed evaluating how different education programs worked.

When people learn what she does, more than once she has heard someone say, “I can’t believe you think that is fun.”

She finds it quite satisfying, though, to study behavior and to determine what works – “sorting out complex humans in complex environments.”

She appreciates that, over the years, more emphasis has been placed on social and emotional learning.

Because students perform better academically when they are more at ease, one way to ensure academic success is to help them deal with personal challenges. Doing that requires support from families and the wider community.

If it were up to her, she would shift the focus away from test scores.

“I would totally change what we assess and how we measure success in school,” she said.

Along with the research and evaluation Ward and the members of her team do, they also help people write grants in hopes of bringing money into the district for, say, an after-school program or for books for students to take home and keep.

“Others provide the vision,” Ward said. “We are bringing their ideas to life.”

Grants applications can be quite complex. The application might require a 25-page document accompanied by 10 appendices.

Her goal is to make it as good as possible by the application deadline.

For most of her time with WS/FCS, Ward has also worked to support classified employees as the administrative liaison to Classified Advisory Council. During her 14 years with the Council, they have established such programs as the Classified Employee of the Year.

“It’s giving voice to classified employees,” she said. “What that group has accomplished has been very, very rewarding to me.”

Ward has two grown children - Alex and Abby. Abby is getting married in March.

At home, Ward loves to garden. Along with lots of flowers and herbs, she grows lots of vegetables, such as tomatoes, beans, peppers, cucumbers and eggplant.

She enjoys the challenge of coming up with a dish that uses whatever is on hand.

She also finds reading detective novels an excellent way to give her brain a chance to take a break.

She enjoys traveling. Over the years, work has taken her to different states. She has also visited such places as Hawaii and the Grand Canyon. She plans to travel to visit new places after she retires. And most certainly, she will continue going to the beach.

“I love the ocean no matter where it is,” Ward said.

Although the time has come to retire, she knows she will miss coming in each day.

Kathy FitzJefferies, the Program Manager for Safe and Drug-Free Schools, has worked with Ward on a number of projects.

“Although I celebrate Marty’s transition into retirement, I do so with a heavy heart,” FitzJefferies said. “Not only will I miss Marty’s invaluable insight and experience as a research and evaluation expert, but, more importantly, I will miss her support, guidance, and friendship.”

“I appreciated the opportunity to closely work with Marty on a variety of projects.  I am particularly grateful for her contributions in the district-wide implementation of the Social, Emotional, and Academic Learning (SEAL) initiative.  The passion and commitment she bought to this project helped bring this initiative to life.  Her presence will be greatly missed by many throughout our district.”

The members of Ward’s team include: