Destined for a Fantastic Future 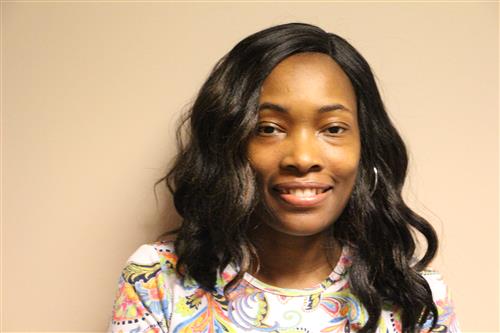 JULY 6, 2020 – Anissia Scales likes knowing things – how students learn, ways to help educators mesh, what factors make a program work or not work as well as it could.

She certainly knows a lot about Winston-Salem/Forsyth County Schools.

Growing up, she went to Forest Park Elementary and Hill Middle before heading to Glenn High, where she graduated in 1997. She has spent her career in this system. During that time, she has chosen to work in schools in different parts of the county and taken on different roles – teacher, curriculum coordinator, Title I program manager, assistant principal – in part, as a way to understand more fully how everything works.

Now, she is taking on a role that no one else in the school system has ever held – the principal of the Virtual Academy, a newly created school that will serve students from kindergarten through high school.

“This was an opportunity to really learn something new,” she said.

When she was named principal of the Virtual Academy, Scales was serving as the assistant principal at Ward Elementary, where Angela McHam is principal.

“I have only the highest praise for Dr. Scales and the professionalism she brought to her position as Assistant Principal,” McHam said.

“Her calm demeanor, professional attitude and organized, logical approach to team solutions are very strong attributes. As her supervisor, I had the opportunity to observe her interactions with students, parents, and staff as well as her personal standards and work ethics.”

“Dr. Scales lives the WS/FCS Core Values, and I cannot wait to see her impact on our district in her new leadership role.”

Since being named principal, Scales has been talking to people in Florida and other states in the Southeast that already had virtual academies, as well as in other school systems in North Carolina that are working to establish virtual academies for the coming school year.

Although the impetus for establishing the Virtual Academy comes from responding to the challenges brought by the coronavirus, such a school has much to offer many students, she said.

“Virtual Academy is a personalized option,” she said. “We look at students’ needs and work on that.”

That gives each student to opportunity to work at his or her own pace. That can serve both students ready to race ahead and students struggling academically.

“There are a range of reasons why people are choosing it,” she said.

As of July 2, more than 2,300 students had applied to the Virtual Academy.

Teachers will be hired so that the teacher/student ratio reflects state guidelines. Academy teachers will meet virtually with students face-to-face every day, and every teacher will know the importance of engaging students individually, especially the youngest ones.

At some point – depending on state guidelines – teachers and students could also meet in person for, say, a field trip.

Like many people who grew up to become educators, Scales enjoyed school and knew early on that she wanted to become a teacher.

“I enjoyed school myself, and I had some awesome teachers,” Scales said.

When she and her friends played school at home, she would share what she had learned with her friends.

“We would play, but I would really be teaching something.”

One of her favorite gifts ever was a chalkboard that Santa brought her one Christmas when she was 8 or so.

Teaching was not a job she was interested in sharing with her friends, she jokes.

One of her friends might say, “Why do you always have to be the teacher?”

In talking with Scales, it soon became clear that she has a bright sense of humor.

Scales was an only child. Her mother, Patricia Jenkins-Wallace worked for R. J. Reynolds Tobacco Co. After retiring, she became a custodian for the school system, and, at one point, they both worked at the same school.

Her father, Richard Gregg, was in the military.

When Scales was young, she would stay with her grandmother, Janie Jenkins, when her mother was a work.

“She would read the newspaper to me when I was itty-bitty,” Scales said.

When her grandmother had a cup of coffee, she would make a cup for her granddaughter. It was mostly cream and sugar with just a splash of coffee. Scales seldom drinks coffee as an adult. When she does, it’s still heavy on the cream and sugar.

By the time Scales was in high school, there were those who wanted to know why on Earth she would want to be a teacher.

“You’re not going to make any money as a teacher,” they would tell her.

She briefly flirted with the idea of becoming a lawyer, but her mother and grandmother stood by her first choice.

In high school, she met the young man who would become her husband one day – Marquis Scales.

He played football for Carver. She met him at a Glenn/Carver game and then again at a mutual friend’s house. They have been married for 10 years. He is a barber in Walkertown.

They go to Mount Zion Baptist Church, where Scales is a Sunday School teacher.

She joined WS/FCS in 2001 as an English teacher at Meadowlark Middle. She enjoyed teaching as much as she thought she would.

“What I liked was the relationships I built with the kids,” she said.

She liked watching the mental wheels turn as they learned and the moment when the light came on. 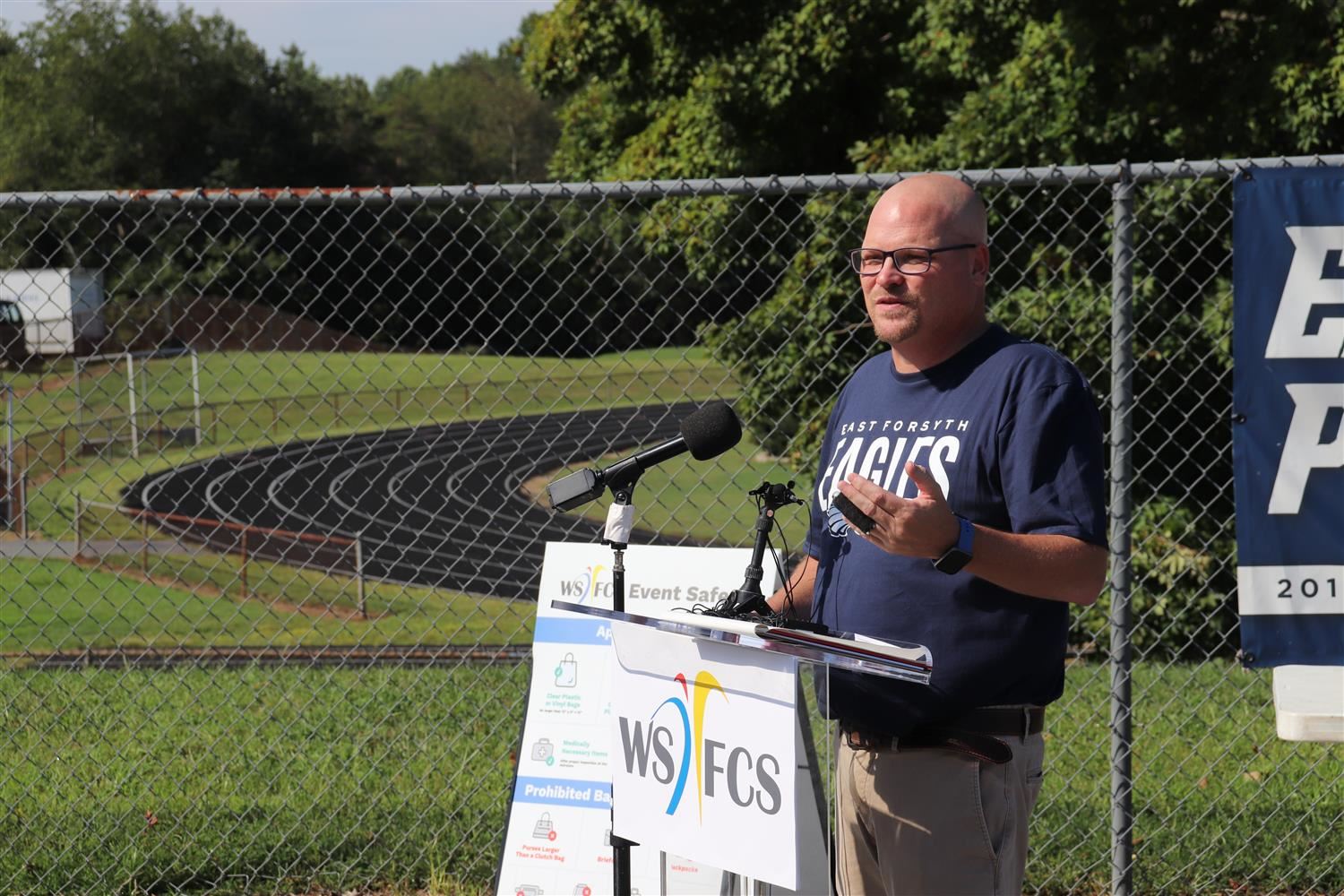 Early on, Scales didn’t envision the additional steps in education she would take one day.

“When I started teaching, I thought, ‘I want to be a teacher for 30 years’ because that’s what I loved to do.’”

Others saw her potential for taking on responsibilities beyond the classroom. After she began teaching at Clemmons Middle, Principal Sandra Hunter suggested that she become the curriculum coordinator when that job opened.

While she missed being with students in the classroom, she liked connecting with teachers and others throughout the school. And she liked learning how to “toggle” – to stay ahead of things as much as possible to make sure everything was functioning in the school smoothly.

Wanting to broaden her experiences and understanding, she decided she wanted to work at a school where a high percentage of students came from low-income families.

Mineral Springs Middle is a Title I school, a federal designation for schools that have a high percentage of students from low-income families. She served there first as the curriculum coordinator and then as an assistant principal.

It was a very different world, she said, one where she learned a lot about meeting the needs of parents.

She returned to Meadowlark Middle as an assistant principal. There she worked with Principal Joey Hearl, who is now the principal at Early College of Forsyth and Forsyth Middle College, the two WS/FC schools on the campus of Forsyth Technical Community College.

“Great people have compassion innately. It's something that can't be taught.  Anissia has this ‘compassion’ in large quantities.”

“She is also super intelligent with the ability to see things from many different perspectives. Anissia has a very calming demeanor and is very skilled at deescalating difficult situations.”

“She also possesses a very strong work ethic and is very dependable.”

“I am a better person from having worked with Anissia Scales.”

From Meadowlark Middle, Scales headed to Central Office as a program manager for Title 1 programs. In that role, she would head out to schools and work with principals in Title I schools. That gave her the opportunity to understand the school system – and federal programs – from yet another perspective.

In September of 2019, she headed to Ward Elementary as the assistant principal. When she learned that Ward was scheduled to be a site for a summer program, she immediately thought about applying to become the coordinator.

Along came coronavirus, and her life took a different turn.

“Having worked with Dr. Scales while she was a Title I Program Manager, several things come to mind for me – her smile and laugh; her passion for learning - hers and others; and her commitment to family and children- her family and her school family,” Hales said.

“Dr. Scales is a ‘sponge.’ She wanted to learn about different aspects of Title I and other federal programs and, whatever resources I shared with her, she read them, highlighted it, wrote notes, researched, found more resources, asked questions, and smiled while learning.”

“Her initiative and desire to learn was evident every day. I knew that her time in Title I was limited because she missed the school life of being with students and teachers every day!!! So we used our time together to maximize her learning.  And mine.”

“She and I had late afternoon conversations about data, students, equity. We frequently would have a conversation that might make people uncomfortable but did not for us.  We listened. We collaborated. We learned, and I saw Dr. Scales lead.”

“She is destined for a fantastic future.”