Meet the Principal at Morgan Elementary

You will find the story about Dr. Stephanie Sanders, the new principal at Morgan Elementary at Dr. Sanders. 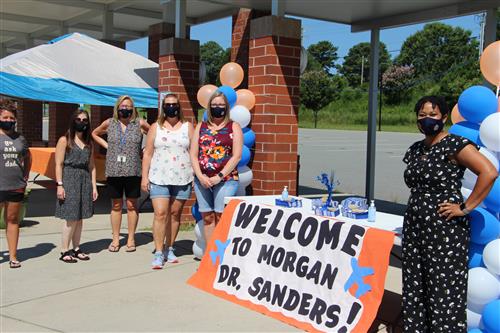 “I definitely need to give credit where credit is due and say that the Meet the Principal event was the brainchild between Lynette and Dr. Sanders,” Dunst said.

“I know Lynette and Dr. Sanders wanted to showcase a fun way to greet our students and for Morgan to celebrate our incoming principal. Since the beginning of the quarantine, we have strived to maintain a great relationship between the PTA, Morgan and our community to ensure a little bit of normalcy, and I can say that we all take great pride in that!” 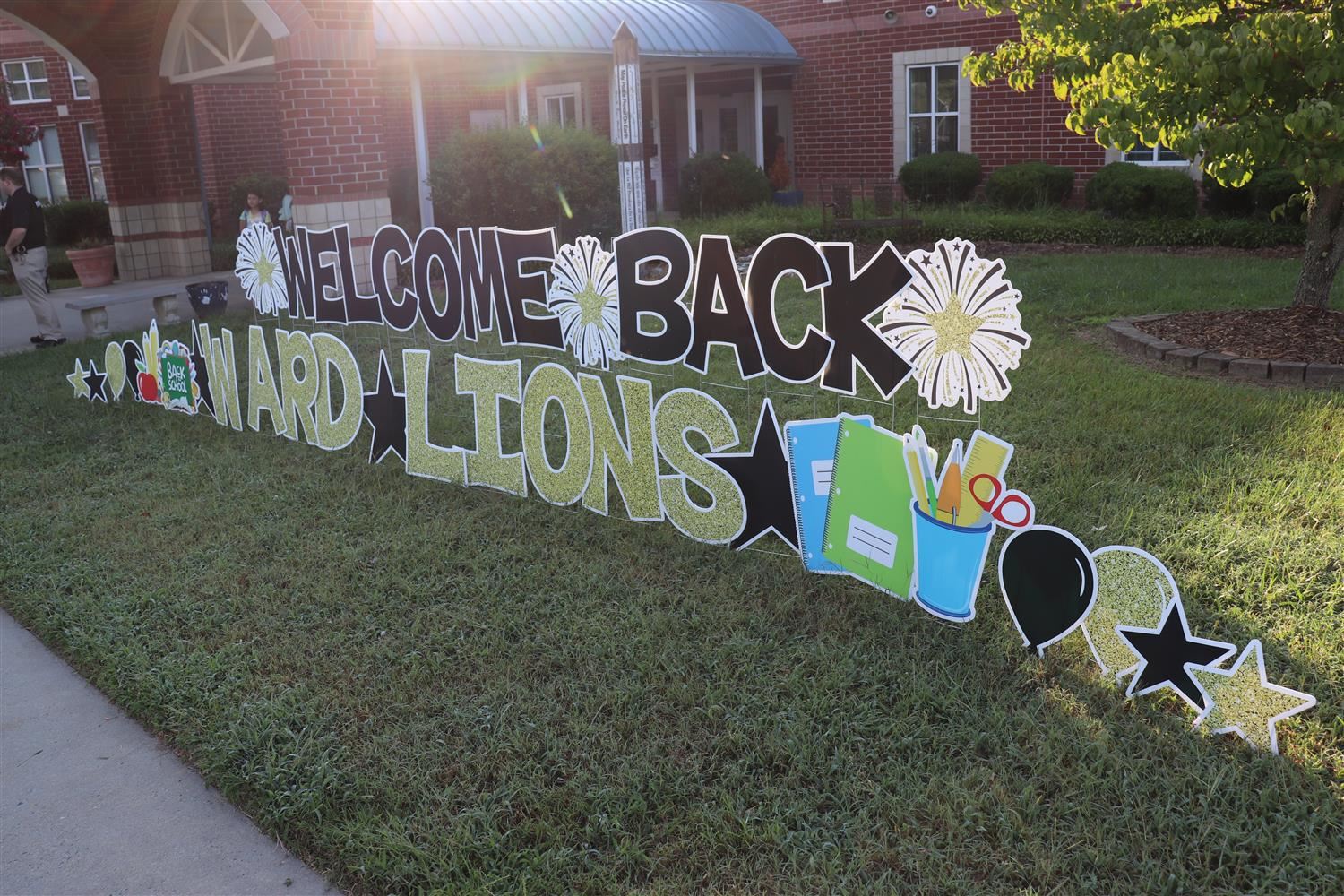 Knowing that Push Up popsicles are one of Sanders' favorite treats, Fox, who served as president of the PTA for the 2019-20 school year, tracked down Push Ups even though they can be hard to come by these days.

The Meet the Principal event was held on Tuesday July 14, and, on Monday night, Fox and Dunst, who officially became PTA president on July 1, came over to Morgan and repainted the school’s Spirit Rock.

Ahren Bersch, who is the PTA vice president, was also quite busy on Monday night. She was blowing up balloons, balloons and more balloons with the help of her husband, Matt.

Even with his help, the project took two hours. Looking back, she thinks of it as “only two hours” because, when she sat down with all of those balloons, she could easily imagine it taking all night.

On Tuesday morning, Cornelia Hauhuth, who is the data manager at Morgan, and Donna Hayek, who is the lead secretary, were among those zipping around setting up everything in the area where parents drop off and pick up students during a regular school year. 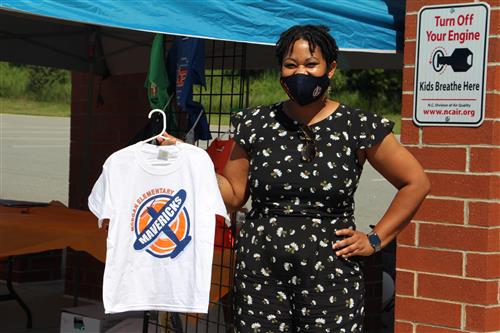 In addition to saying hello to the new principal and picking up a Push Up, the day offered the opportunity for students and their families to pick up a copy of the yearbook that they had ordered. A number of students had submitted possible designs for the yearbook cover. Those were on display, and students could also pick up their art submissions at the same time.

Also on display was a cornhole game. Bill Collins, who teaches fifth grade at Morgan, had painted the goals in Morgan’s colors – orange and blue – and added the school’s team name – Mavericks.

A number of adults had brought their children. Melissa Stone, the PTA secretary, was there with her daughter Layla, who will be in the second grade.

Asked whether her daughter was named after the Eric Clapton song “Layla,” Stone said that she wasn’t. Layla likes that a famous song has her name. So her parents just leave it at that.

Bersch was there with her daughter, Sophia, who will be in the third grade. Asked whether she has a favorite word, Sophia said, “Coconut.” 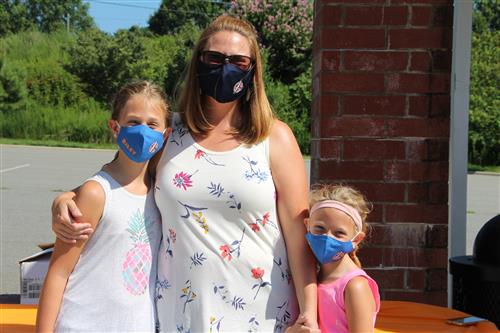 “Because coconuts are tropical,” Sophia said. “I like going to the beach, and the beach is tropical.”

Third-grade teacher, Suzanne Foutty, was there with her son, Craig, who will be in the fifth grade.

Asked whether he knew any good jokes, Craig said he did.

“What is a gorilla’s favorite food?”

“I don’t know. What is a gorilla’s favorite food?”

“We moved to Clemmons two years ago and absolutely love our school!” Dunst said.

Avery is particularly fond of playing on the playground, and Riley likes that the school is so much bigger than the school where she used to go. 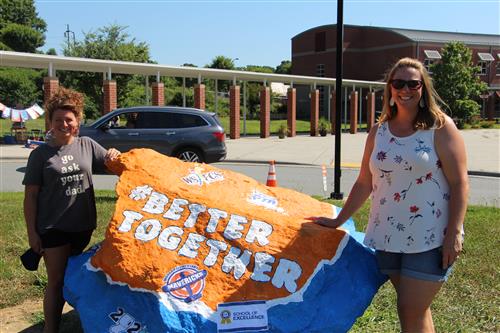 Asked whether she has a favorite number, Riley said, “24. That’s my birthday.”

Dunst's favorite number is 7. That’s because, before coming here, the Dunsts lived in Colorado and that was the jersey number for John Elway, the great Denver Bronco quarterback.

Sanders would visit with the people, while others would deliver the yearbooks and yearbook cover art to the families.

A fine time was had by all.