Striving to Better Herself in Order to Serve Others 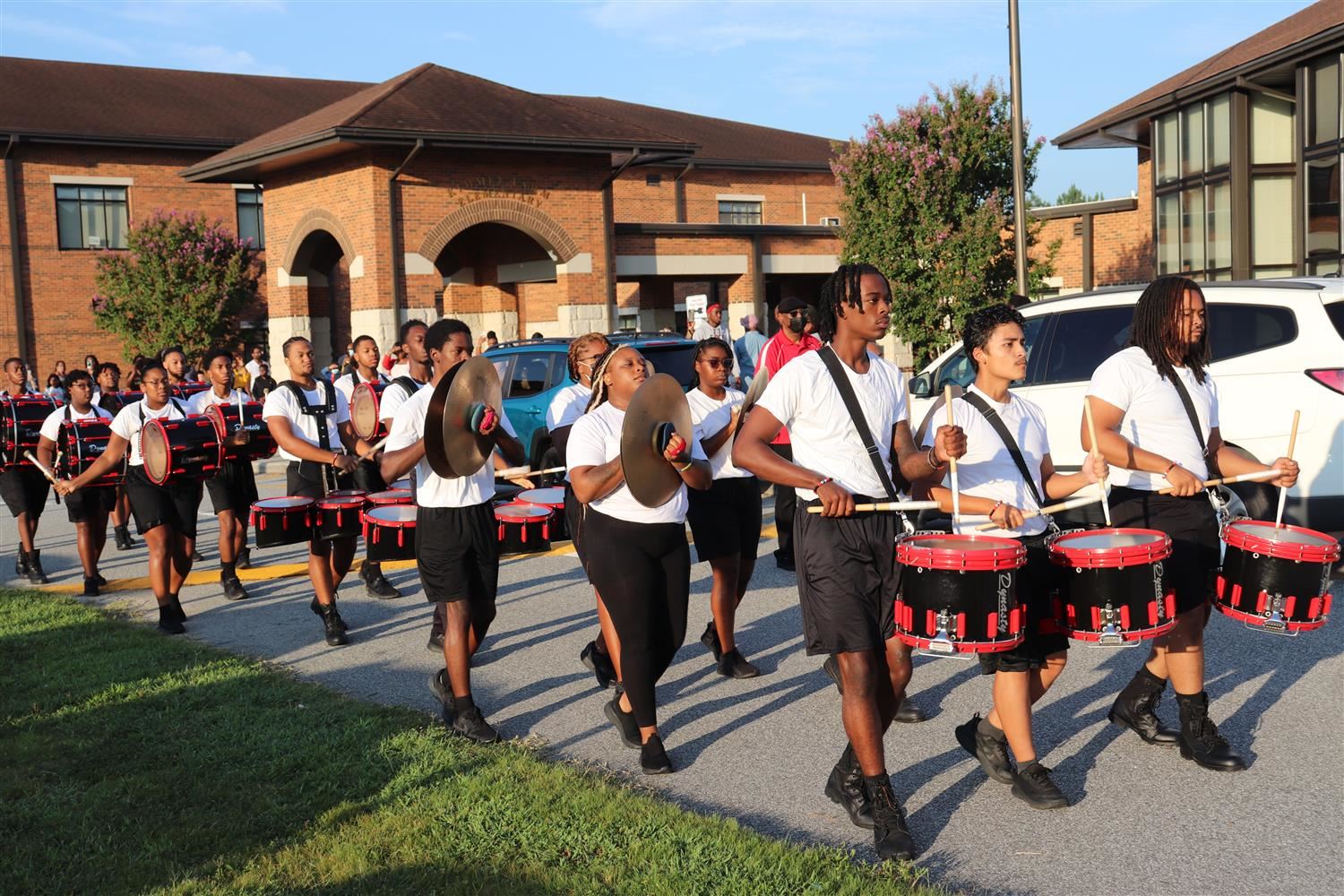 Although she is coming from Rowan County, where she served as the principal of an elementary school, she has a long history with the Winston-Salem/Forsyth County school system.

Since coming to Morgan in June, Sanders has been getting to know staff members, parents and people in the community. And, on Tuesday July 14, she met even more students and parents at a Meet the Principal drive-through event.

Suzanne Foutty, who teaches third grade, was there with her son, Craig, who is a fifth-grader at Morgan. Foutty said that, while she was sorry to see the former principal leave for another school, she is excited about working with Sanders.

“I’m sure she will bring great things to the table,” Foutty said.

Kelly Ryan is the Instructional Facilitator at Morgan.

“She is extremely motivated and very driven in all that she does,” Ryan said.

“She is continually asking questions to get to know our staff, students, families, and our community which are all so important to Morgan as a whole.”

“She has worked to learn about the established climate and has begun work on vision for Morgan's future always keeping students at the heart of what she does.”

“I am very excited to really begin the work with her and look forward to what she is bringing to our Morgan family.”

Sanders joined the WS/FC school system in 2003. She was an Exceptional Children (EC) pre-kindergarten and kindergarten teacher for five years at South Fork Elementary before becoming an Instructional Coach there. During the 2007-08 school year, she was South Fork’s Teacher of the Year.

She went on to serve as the curriculum coordinator for the pre-kindergarten through second grade program at Forest Park Elementary and then came to Central Office where she served as an instructional coach for the Exceptional Children’s Division.

Her career has also taken her to other school districts as well, including one in Missouri where she taught kindergarten.

Sanders has also traveled the country working for McGraw-Hill Education, which publishes books used in schools. Her work as a curriculum specialist for the company took her to conferences in such states as California, Texas and Wisconsin.

Sanders returned to the WS/FC school system in 2016 to serve as assistant principal at Mineral Springs Elementary School for two years.

“Ms. Sanders is a strong instructional leader and excels at building relationships with students,” Gladstone said.

“I know she will be great at Morgan.”

Erin Lynch teaches kindergarten at Mineral Springs Elementary and was the school’s 2019-20 Teacher of The Year. She worked with Sanders when Sanders was the assistant principal there.

“Dr. Sanders has many strengths as an educator,” Lynch said.

“She is firm, but fair in her approach to discipline. She has an outstanding reputation with the community at-large because of her compassion for education and building relationships, not only in the community, but also with students, their families and the staff.”

“She would often come to the classroom and jump into a whole group lesson or into a math center with students.  She is passionate about bringing equality to the forefront of everything she does within her school. She also wants to see us doing a better job of teaching with global awareness and multiculturalism in mind.” 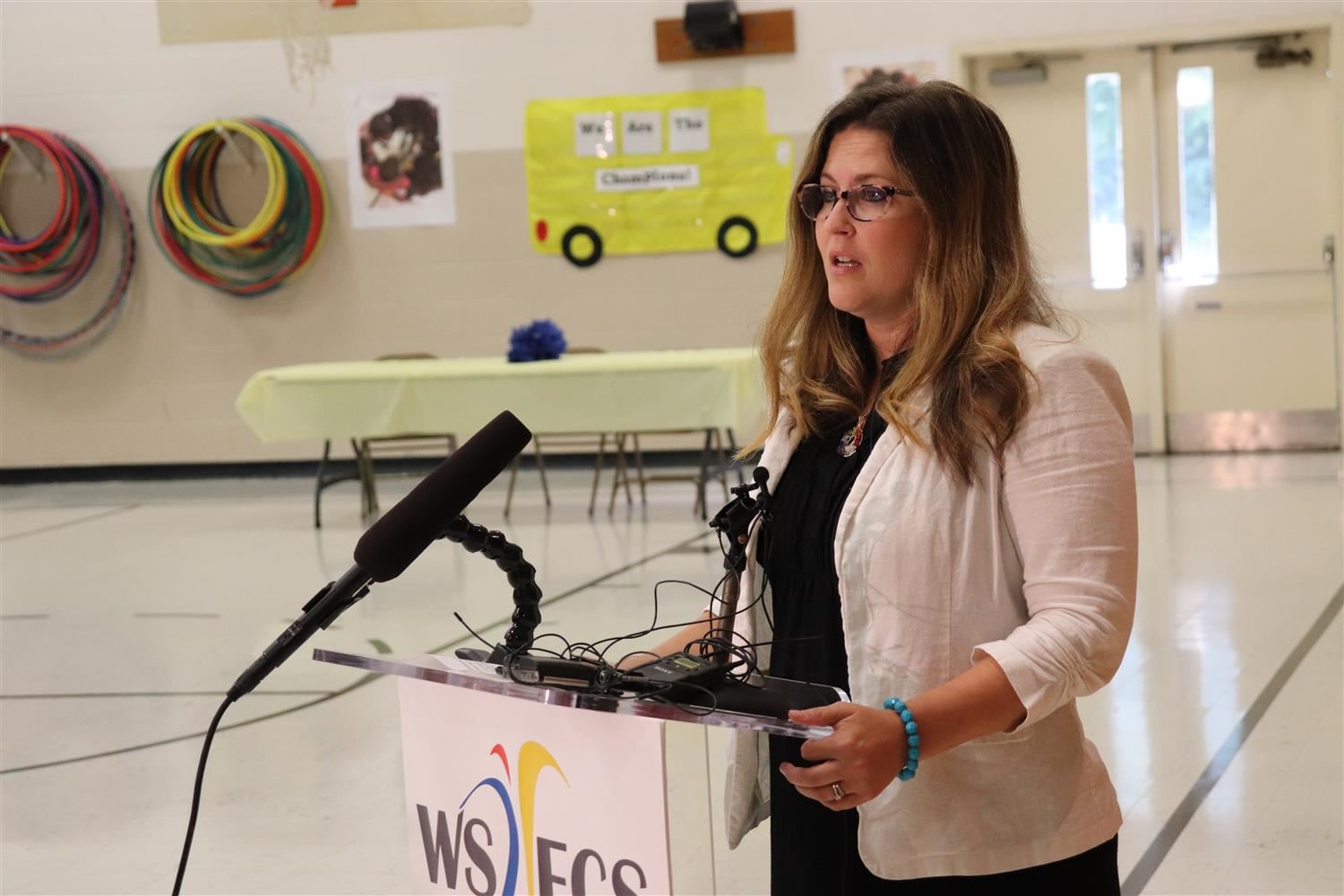 “Her strengths as a person are she is kind, compassionate, positive and motivated to always do what is best for children. She always made time for the students and staff and built strong relationships that remain even though she is no longer leading at Mineral Springs Elementary.

“I truly cannot say enough about Dr. Sanders. Her presence is greatly missed, and Morgan is very lucky to have her leading them.”

Kathy Peeler is the Financial Secretary at Hanford-Dole.

“As an educator, Dr. Sanders has the most amazing communication skills,” Peeler said.

“She is patient and tolerant. Her enthusiasm for education is contagious. Always wanting to learn, read and grow into the best that she can possibly be! Motivating and inspiring to others.  She comes with high energy, as well as a very decisive and quick thinker.”

“Words are not enough to describe this amazing person!  She is warm, confident and caring.  A friend for life!”

When Sanders became a teacher, at first, she pictured spending her career in the classroom. Thanks to those who saw her talent for working with others beyond the classroom, she soon began taking on additional responsibilities.

In doing that, she discovered a desire to help others. The challenge became finding the best path for her follow in order to do that.

“Once I got a taste of stepping outside the classroom, it spurred this commitment to reach the highest level of education,” she said.

“At this point in my life, the sky is the limit.”

Sanders grew up in Welcome and graduated from North Davidson Senior High in 1998.

Growing up, Sanders knew early on that she wanted to become a teacher. At her grandmother Nana’s house, she had an easel set up and taught her Barbie dolls, Cabbage Patch Kids, and stuffed animals.

At real school, her elementary school teachers recognized and encouraged her desire to become a teacher. At the end of the fourth grade, her teacher Mrs. Hinkle gave her a teacher’s book she was no longer using so Sanders could take it home and use with her students at her grandmother’s house.

Another valuable memory from those days is a Bible verse her grandmother would sometimes read to her.

“I can do all this through Him who gives me strength,” says Philippians 4:13.

Over the years, Sanders has found that verse quite helpful, and she may still recite it to herself before an interaction she expects to be challenging.

Now she is back living in Welcome with her son, Isaiah, who is a rising sophomore at High Point Christian Academy.

Isaiah is an avid football and basketball player, and Sanders enjoys going to watch him play. One of the things she appreciates about him as a point guard is the way he works to support everyone on the team.

“He is one of the most unselfish kids I know,” she said.

There was a time when Isaiah envisioned becoming a police officer. When he took a graphic design class in school, a teacher recognized and encouraged his gifts, and, now, he is thinking about becoming an architect.

When Sanders picks up something to read, the chances are excellent the topic will be something along the lines of build relationships and making connections or exploring ideas about the best ways to support others.  In her role as a leader, it’s necessary to give someone constructive criticism from time to time, and, when doing that, one of her goals is to have the person leave feeling at ease and respected.

Brook Ward, who was a third-grade teacher at Hanford-Dole, will be joining Sanders at Morgan.

“I want to start by saying that Dr. Sanders is an amazing educator/person!” Ward said.

“That is, after all, why I decided to follow her to Morgan Elementary! She is fair and considerate. She offers a hand or an ear whenever it is needed. Her door is always open for those in need. She is uplifting and inspirational. She treats her staff and her students with respect.”

“I have worked under administrators in the past who were critical and harsh. Dr. Sanders is the opposite of these things. She offers constructive criticism and does all she can to help you reach your highest potential as an educator.”

“It is rare to find an administrator that strives to not only hold up the highest expectations/standards for her students and staff, but also for herself. She is constantly bettering herself, in order to better assist those around her. I am extremely excited to be working with Dr. Sanders again this upcoming school year!!”