AUGUST 13, 2020 – When students started learning at home in March, many parents naturally had questions.

And learning in July that students will be learning remotely for the first nine weeks of the 2020-21 school year brought a round of brand-new questions.

The team of seven people who have answering phones for what began as the COVID-19 School Closure Hotline and became the Our Safe Return Hotline have been working hard to provide answers.

Each week, they have answered hundreds of calls. During one week in July, they handled about 750 calls.

With school about to start for students, even more calls have been coming in. On Wednesday Aug. 12, the team handled 610 calls in one day.

The Hotline was established in March after word went out that students were going to be learning at home.

“As soon as we learned that was happening, that same week it was established,” Atashbar said.

Initially, the Hotline was set up in the school system’s Information Technology Department on the first floor of Central Office. At that time, school system employees were still coming into the building to work, and, for the first couple of weeks, people in Technology handled the calls.

Demands on their time increased as they worked to get laptops and other technology into families’ hands. They reached out to others in Central Office, and people volunteered to help.

Atashbar’s office is just across the hall from the Technology Department, and he was one of those helped.

“There were a lot of calls coming in,” he said.

Many questions were related to procedures for learning at home and the technology needed to do that. Others had to do with such topics as how to get the computers and hotspots families needed and what schools were providing meals.

Some questions, Atashbar said, were along the lines of “How long is this going to last?”

When school employees began working at home, a work-at-home team was established. It included people from such departments as Operations and Human Resources. The team included someone who could talk with callers in Spanish, and team members were given laptops programmed so that calls to the Hotline came to them at home.

Although Atashbar wasn’t officially designated as the coordinator for the team, he informally began serving as one, passing along whatever information other members of the team needed. With the responsibilities of his regular job and the Hotline, some of his work days have been quite long. He has been known to respond to a work email at 3:22 a.m.

Through the summer. hundreds of calls continued to come in each week. If a caller couldn’t get through to a team member right away, they could leave a message and a team member would call back.

In addition to answering questions about procedures and such, team members would help people get in touch with people at schools that parents had not be able to reach.

After the WS/FCS Student Services Helpline was established to provide support to those needing help with dealing with stressful emotions and such, the Hotline team would direct some people there.

“It was definitely helpful to have that,” Atashbar said.

Sharessa Wilkins, who is an Administrative Assistant in the Human Resources Department, is one of the members of the Hotline team. 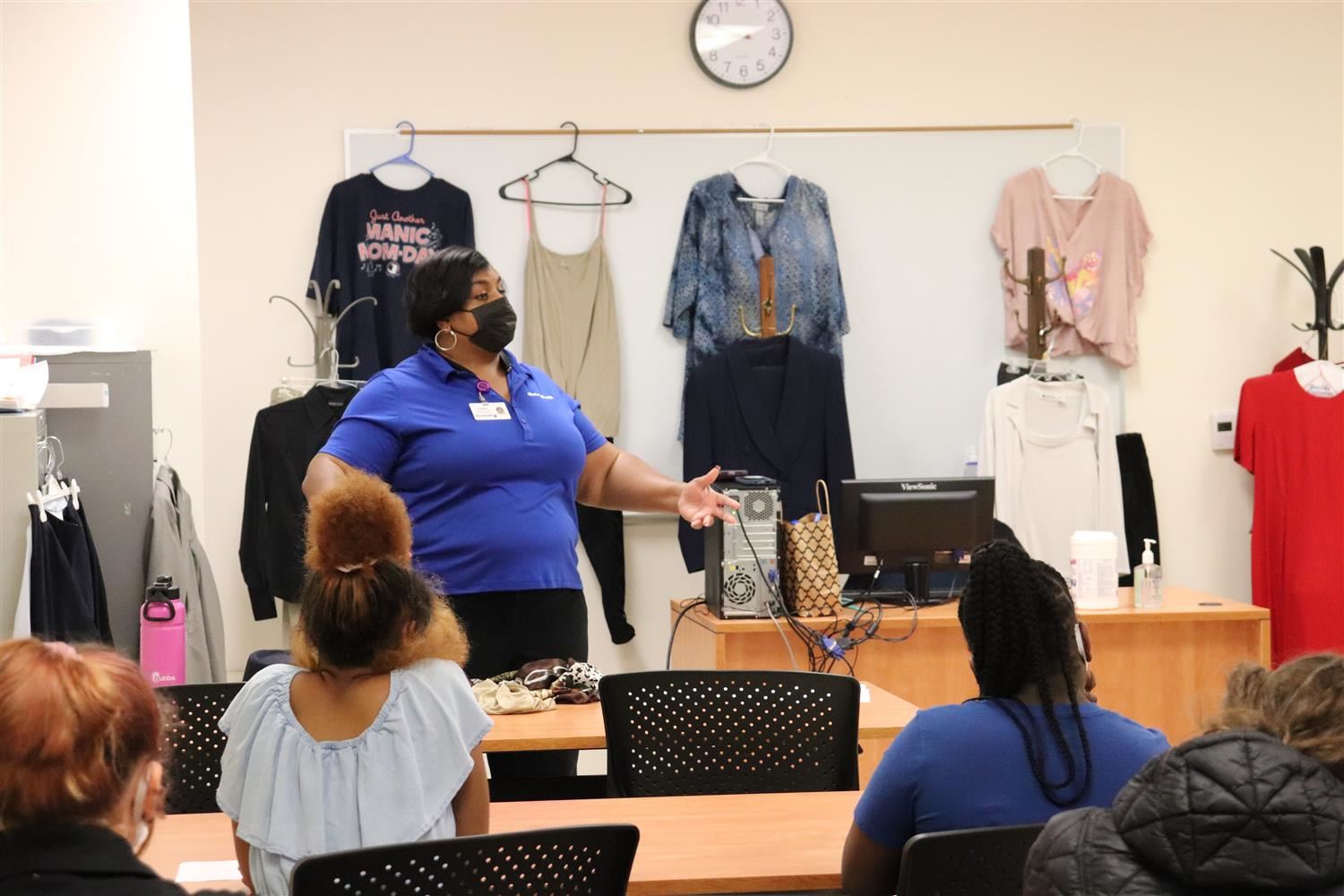 “I have been on the hotline since the beginning and have enjoyed helping parents, students and even grandparents get the answers they need,” Wilkins said.

“Over the last few weeks, our call level has increased tremendously, of course parents and students panicking about the beginning of school. However, I think the hotline team have worked together to make sure everyone is getting the information they need.”

“My worst experience has been single parents that have called crying trying to figure out how they were going to juggle work and making sure their child is able to get everything they need to keep up with their work and not getting overwhelmed with the new way of learning.”

“Homan has been the best leader during this process and it has been a pleasure to work with him.”

“Working on the Hotline has given me the opportunity to assist parents, students and community, but I have also met such nice people and they are a great team to work with,” Colon-Santos said.

“I have enjoyed the time that I worked with all of them.”

People serving on the Hotline team include: