"A Quiet Passion for Her Work" 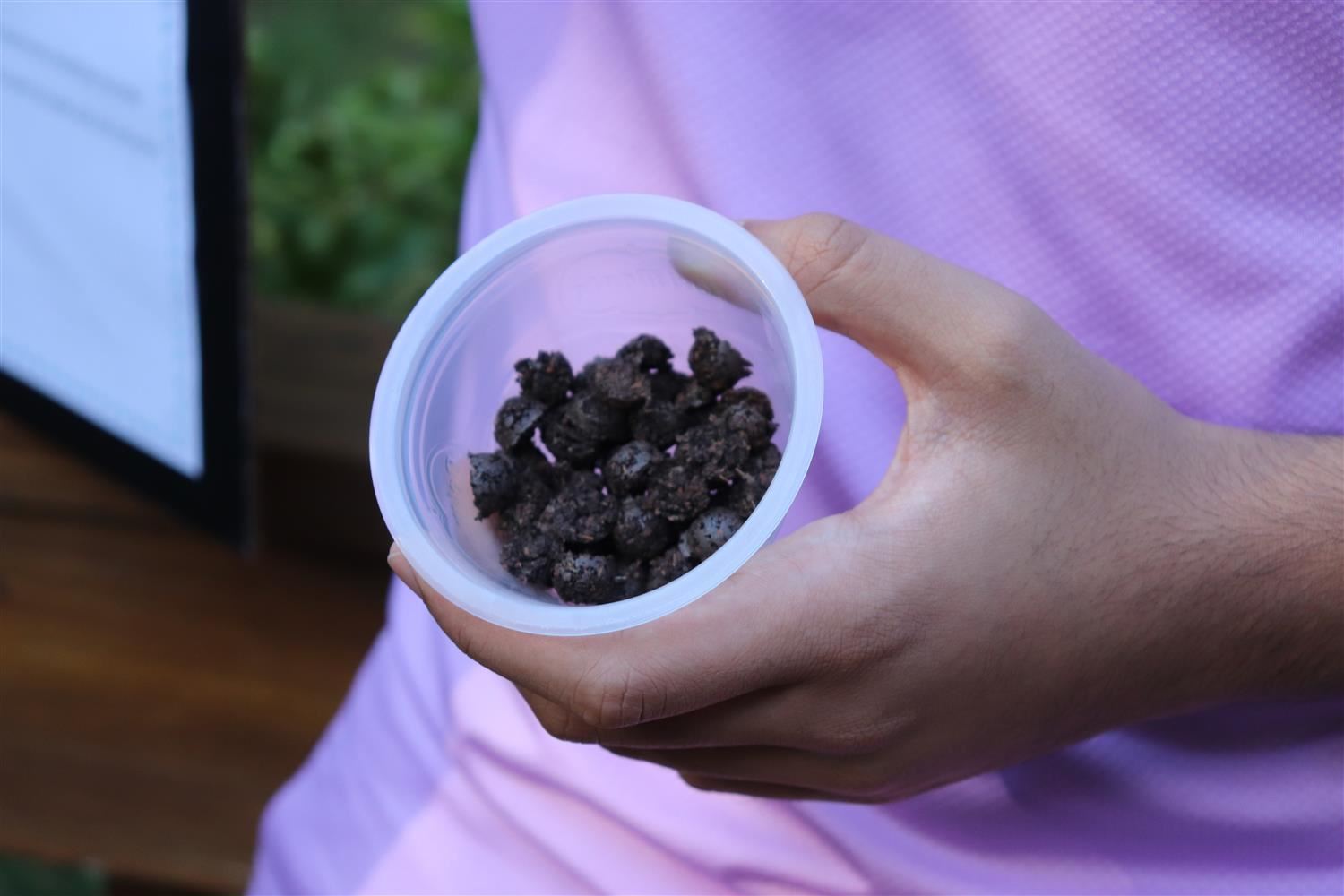 When Campbell was growing up, school could be difficult for her. Partly, that was because she changed schools a number of times.

“In kindergarten, I went to three different schools,” Campbell said.

Other school changes followed, and, by the time she graduated from high school, she had attended ten or so schools.

She describes her younger self as “a not-so-good student.”

“I was capable but I just didn’t know how,” Campbell said. “I made my first ‘F’ in middle school.”

In high school, she had to repeat her English 3B class in order to pass it and meet her graduation requirements.

“I was the only senior in that class,” she said. “It was quite embarrassing.” 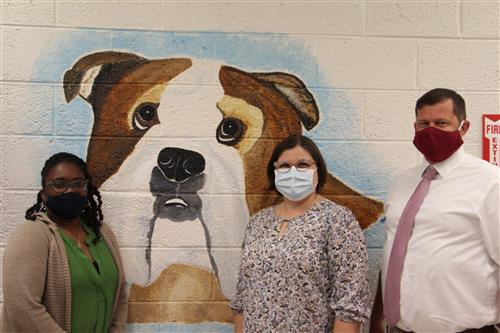 Math was often a particularly difficult subject, and, when she was working on her elementary education degree at Winston-Salem State University, she minored in math because she wanted to develop the skills that would enable her to help students who also had difficulty with math.

All of which means that, when Campbell talks with students having difficulties in school for one reason or another, she may know from personal experience what they’re going through. And, more generally, she knows how challenging school can seem.

Before coming to Mineral Springs Middle, Campbell was the principal at Statesville Middle School. She started her career in education in Winston-Salem/Forsyth County Schools where she taught at Wiley Middle School and Paisley IB Magnet. Campbell also completed her administrative internship at West Forsyth High.

When Campbell was at Wiley, Ed Weiss was the principal. Weiss, who is now the principal at Mount Tabor High, shared that:

“Her leadership stood out to me back during my days as Principal at Wiley Middle.  Kelly Campbell was hard working, a great team leader, a very good math teacher, connected well with her students, colleagues and our school community.”

“I think Kelly will carry that forward with tenacity, a can-do attitude and strong work habits into her work as Principal at Mineral Springs Middle.”

“She will be supportive of her faculty and staff instilling a family atmosphere and will always be willing to do what it takes for her school community’s success!” 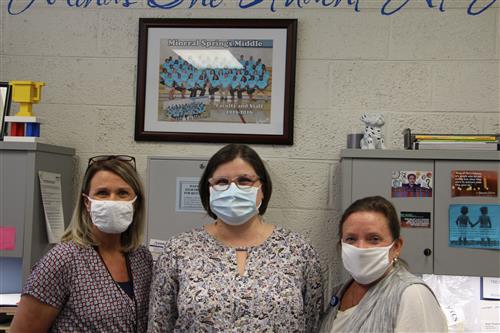 “She will have high expectations for herself and the Mineral Springs Middle community...no doubt about that!”

“My best wishes to her.”

Lisa Bodenheimer, who is now the principal at Wiley, was the math coach at Wiley when Campbell taught math there.

“I always liked collaborating with her because I knew she would ‘talk’ math with me and engage in the work we needed to do without resistance,” Bodenheimer said. “She was open to trying new strategies or resources as long as she was sure they would benefit her students and help them grow.”

While teaching at Wiley, Campbell began thinking about becoming a school administrator when the school had a full-time administrative intern who was participating in the N.C. Principal Fellows Program. After learning more about that program, Campbell thought that would be a good path for her, and, in 2009, she left Wiley, with her best teacher friend, Jennifer Fulmer Chambers, to become a N.C. Principal Fellow.

“I was not surprised at all when she was chosen to be a Principal Fellow,” Bodenheimer said, “and I knew Kelly would be a great administrator because she was so organized, remained calm under pressure and built strong relationships with her students and her colleagues.” ​ 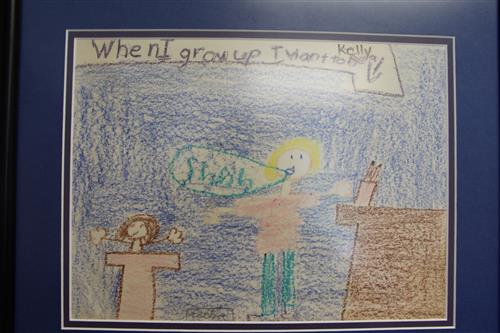 “Kelly is focused on school improvement and providing the support and resources that teachers need to impact student achievement. She also recognizes the need to create a culture of excellence and equity, so that every student has the opportunity to learn and grow.”

“​Kelly has a quiet passion for her work. She takes tasks and responsibilities very seriously and has a strong work ethic to ensure she accomplishes what she needs to do.”

​“As I have watched her career path, I give her great respect for choosing to work in schools that require a strong leadership to meet the needs of the students and the community it serves.  Kelly does not shy away from challenges and WS/FCS is fortunate that she has returned to now lead Mineral Springs Middle School.”

“They are so quirky,” she said.

She knows it can be a challenging time for them as they’re figuring out who they want to be, the best ways to navigate friendships, and such.

“I feel drawn to help kids figure it out,” she said.

Here, her own experiences can be quite helpful.

Growing up, Campbell was quiet and introverted. And, although her job requires her to be outgoing, that side of her is still there.

“I am truly an introvert,” Campbell said.

Interestingly, though, she has always felt at ease dealing with young people.

“Working with kids is much easier than working with adults,” she said. “I never found teaching to be hard in that respect. Young people aren’t as judgmental and are more forgiving when you make a mistake.”

Campbell’s parents were both from North Carolina. She doesn’t remember her biological father. When she was 2½, he was run over by a drunk driver while out walking the dogs.

Her mother later remarried, and, along with a brother, she has a half-brother. She spent much of the early part of her life in Texas – born in Austin and raised in Houston. After her mother and stepfather separated her freshman year, they returned to Winston-Salem where her mother’s family still lived. Although Campbell’s mother and stepfather divorced, he continues to be an important part of her and her family’s lives.

Campbell attended high school at Mount Tabor, went to East Forsyth High for her sophomore and junior years, and returned to Mount Tabor her senior year. She graduated from there in 1992.

While she was a freshman in high school, she worked at the Subway sandwich shop on Knollwood when it first opened. Later, when she could drive, Campbell worked at the original Mayberry restaurant on Stratford Road.

Growing up, Kelly Campbell didn’t officially know that a career in education awaited her. After graduating from high school, she moved away for a couple of years. Upon returning to Winston-Salem, Campbell decided to go back to school and started her post-secondary education at Forsyth Technical Community College. After a couple of quarters, she moved to Reno and attended The University of Nevada at Reno where she majored in business.

The desire to work with young people was definitely in there, though.

In retrospect, she said, “I always kind of knew.”

She did, after all, enjoy teaching her stuffed animals when she was young, and she would draw pictures of herself as a teacher.

While Campbell was in college in Reno, she was expecting her first child. A shooting at a high school in Kentucky prompted her to decide that she wanted to pursue a career that would help her protect and serve students in public school.

“I almost immediately changed my major from business to education,” Campbell said.

After she switched her major, Campbell’s mother sent her a picture Campbell made in early elementary school. At the top of the picture, it is labelled, “What I want to be when I grow up.” It is a picture of Campbell as a teacher and it shows Campbell speaking to a class.

“Shhhhh!” she says in the balloon quote above her head.

“She kept it all those years,” Campbell said.

Campbell always enjoyed making art. When she was growing up, Campbell and her brother took art classes and created a lot of art that their mother kept and still has.

As an introvert, Campbell could be uncomfortable when trying to express herself and making art was a comfortable way of expressing herself.

Asked whether she can imagine a career other than education, Campbell said that she really enjoys working with students with special needs, and she could picture owning a café that employed people with special needs.

Campbell and her husband, Robin Campbell, have two children. Lauren, who is 23, graduated from the University of North Carolina at Greensboro. Haley, who is 18, just graduated from Davie High School and is attending East Carolina University.

Campbell is very proud of her girls: “They are so much farther ahead than I was at their age and I know they will do great things.”

Campbell agrees with Nelson Mandela in that “education is the most powerful weapon which you can use to change the world.”

Robin Campbell is a mechanic for Caterpillar in Charlotte, and the family goes to Tabernacle United Church of Christ, the church in Yadkinville he grew up in.

Campbell earned her master’s degree in School Administration at Appalachian State University, and she is working on her Doctorate of Education degree at the University of North Carolina at Charlotte.

Work, family, church and pursuing degrees takes up most of her time. Her 25-minute drive to and from school comes in handy for thinking about this and that. The family lives on several acres in Davie County, and mowing while listening to music can also provide a mental break.

Campbell’s favorite word is “courage” – something she needed on the journey from someone who struggled in school to someone who serves students and helps them find their way.

“From where I came from and where I am now has taken courage,” she said.

When Campbell worked for Iredell-Statesville Schools, one of her colleagues was Traci Fox, who is the Secondary ELA (English Language Arts) Content Coach.

“Kelly is, first and foremost, an outstanding person,” Fox said.

“She is grounded in her faith and that faith is what helps guide her work in education. She is quiet yet introspective in her approach to day-to-day and even challenging situations. She listens to hear and learn rather than to respond. In doing so, this has helped build relationships with staff, students, parents and the community.”

“Kelly is fair and non-judgmental. She sees the big picture and the whole child, not just behaviors. Again, I attribute this to her foundation in faith.”

“I count myself very blessed to have had the opportunity to work with Kelly, and I know without a doubt that her new work family will feel the same.”