"I Think It Builds Confidence" 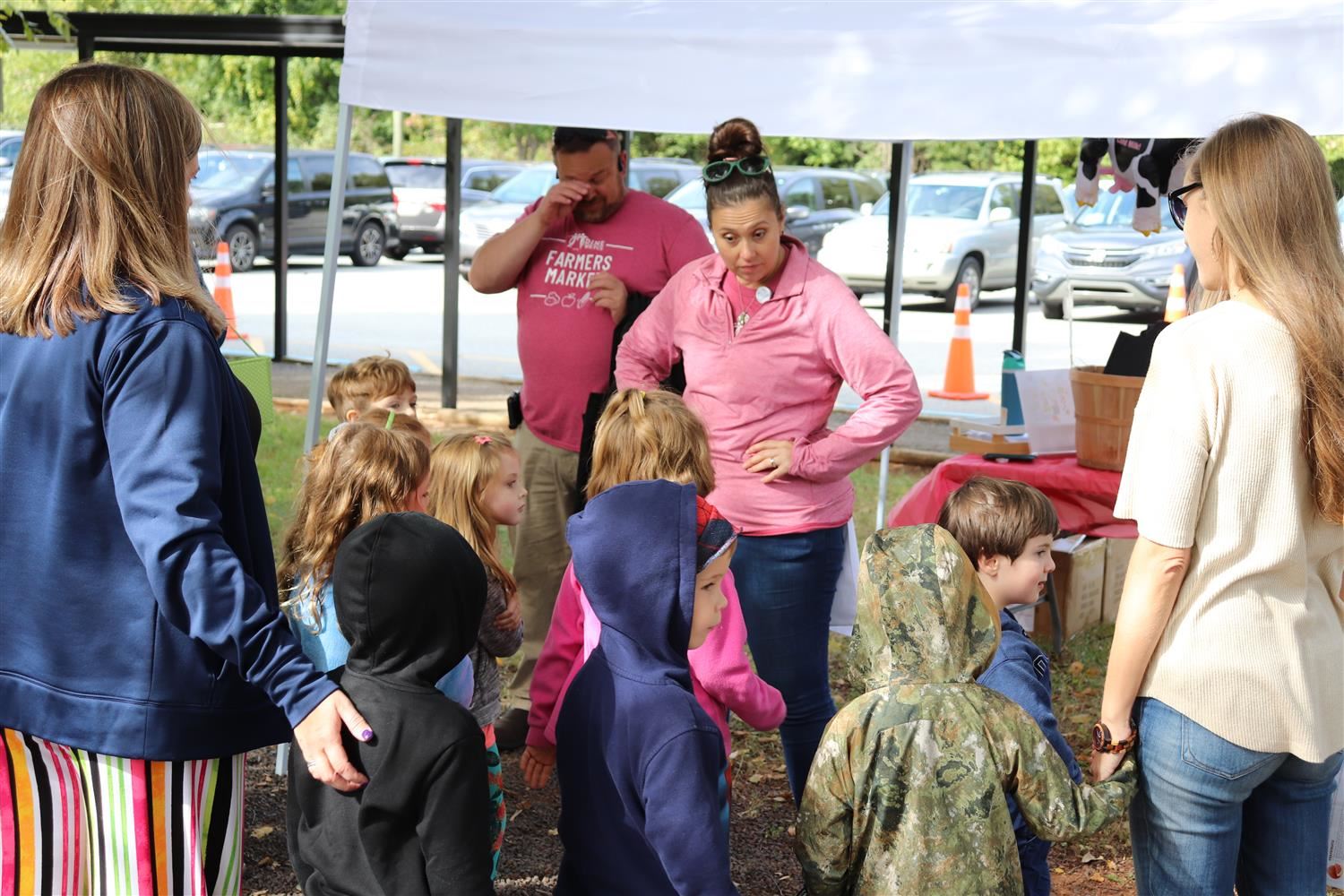 SEPTEMBER 17, 2020 – Back in the days when students were together in the same room for band class, a shy student might sometimes be inclined to have the focus on other students.

Mary Kathryn Bowman Choat, who is the Director of Bands at Hanes Magnet Middle, has found that, with students playing one at a time from their homes when class is online, such students are coming into their own more.

“The students are definitely realizing that they have to be individual musicians,” Choat said.

She will have a student perform individually while others listen, and she has been pleased with how eager many students are to do that.

“I think it builds confidence,” she said.

That’s one thing she likes about these days of remote learning.

One thing she definitely doesn’t care for is students not being able to play together in the same room.

“It’s not band,” she said. “A big part of eighth-grade is they learn how to play as an ensemble.”

“They start to understand how they work together as a team. They are getting better as musicians.”

That said, Choat does all that she can to give her students the best remote learning experience possible.

In her first class on the morning of Tuesday Sept. 15, Choat was working with 33 eighth-graders. That many students wouldn’t fit on the computer screen at one time, so Choat had to go back and forth between two screens to see everyone.

Some of her other classes are even bigger. In one class, she has to juggle four screens in order to keep up with everyone.

Choat does her best to give each student individual attention. As students logged on for the Tuesday morning class, she greeted each one by name, often adding a complimentary comment about something the student had done.

As a class, she also encouraged everyone to work hard in this class and during the classes in the days to come so they could excel.

Andrew Craft, who is the Secondary Music Administrator for the school system, also teaches half-time at Hanes. On this particular morning, Choat sent several students who could benefit from working in a smaller group to an online “break out room” to work with Craft.

A stage at Hanes serves as Choat’s band room, and, on a bulletin board above her desk was a whiteboard where, in the days when they were coming into the building, students had written comments.

“You’re the best band teacher ever!!” says one note.

It’s nice that students like and appreciate her, she said. What really matters to her, though, is sparking a passion for music in her students.

“I want them to love music,” she said.

She knows that not every student will want to pursue music in high school. It excites her – and her husband, Colin, who is also a band teacher for the school system – though, when that passion does awake in a student.

“We love those kids who love and dream band,” she said.

Students working at home brings many challenges in addition to not everyone fitting on one screen.

Early on in remote learning, when Choat had everyone play the same music at the same time with everyone’s speaker on, she discovered that  sound can lag as it comes through computers. Notes arrived at slightly different times, which made for a harsh, discordant mixture.

Since then, Choat has had everyone at home mute their speakers as she teaches them.

“Everyone is to remain muted until I tell them differently,” she said.

In the class, she would have one student at a time turn on the speaker at home and play for everyone.

“Nice job! That was awesome,” she said after one student finished playing.

With students performing on their own, Choat and her students have noticed that lag can show up visually with the sound sometimes continuing after the student has put down the instrument.

When Choat’s speaker was on and the students’ speakers were muted, she would sometimes have them raise their hands to let her know that they had understood her instructions.

In addition to students working together as a class, Choat also has students perform and record a “pass off” – a fun term for what is essentially a test – on their own so that she can listen to them later and offer constructive criticism if needed.

At one point during the class, Choat told students they needed to print out some music worksheets. If they didn’t have a printer at home, she told them, just let her know. She would print them out, and their parents could drop by the school to pick up the pages.

Choat let students know that, although there would be no All-County Band this year, there would still be an All-District Band, which is made up of students from middle schools in the Northwest District of North Carolina. Being chosen for that would mean the chance of going on to participate in the All-State Band.

In the past, a number of Hanes students have been chosen to participate in the All-State Band.

Brad Oliver is the Director of Arts Education for the school system. Both he and Craft talked about how well everyone is handling the current challenges.

“It’s not the ideal situation but our teachers have adapted,” Oliver said. “I think the kids are adapting as well. While they can’t play together, they are still getting to play.”

Craft said, “It’s an environment in which everybody is equal.” 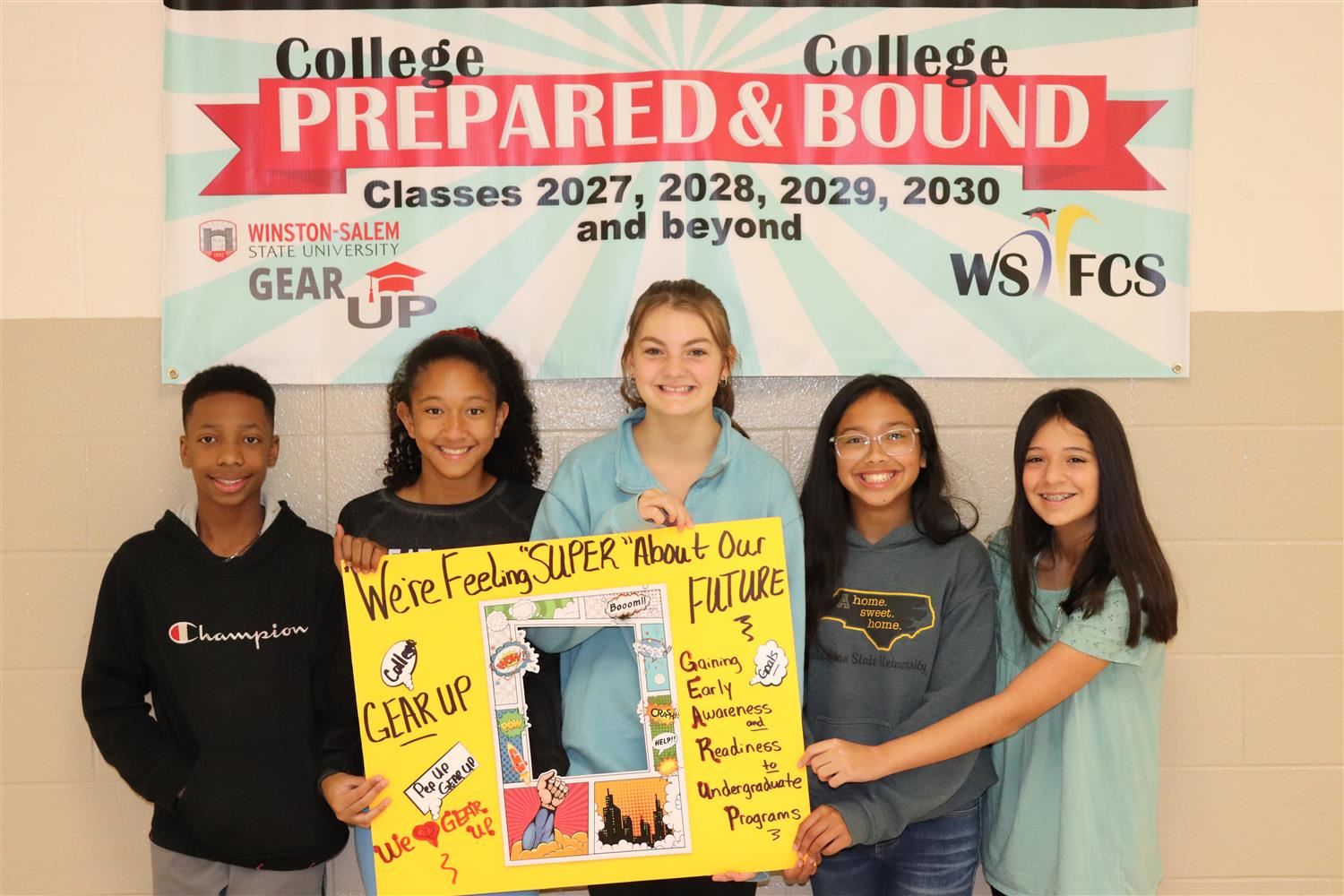 A fringe benefit of the school system using the Canvas Learning Management System, Craft said, is that it has a built-in recording program.

“The kids can do a video recording of themselves,” Craft said. “It’s been a true blessing to have that.”

He thinks that some of the benefits of remote learning will carry over when everyone is able to work together again in person.

“I think it’s going to permanently change the way our teachers teach in person.”

Choat is in her ninth year as a band teacher at Hanes. She also coaches the women’s golf team at Reagan High. Her husband, Colin Choat, teaches band at West Forsyth High and at Wiley Magnet Middle.

A product of Winston-Salem/Forsyth County Schools, Choat participated in the HAG (Highly Academically Gifted) program at Brunson Elementary and at Hanes before going on to Reynolds High and graduating from there in 2005.

Growing up, she liked listening to the movie soundtracks. If she had not yet seen the movie, she liked to imagine the action that went with the music.

“I would see movies in my head while I listened to the music,” she said. “Music moved me in a way it didn’t maybe move everybody.”

When she starting taking band at Hanes, Brad Oliver was the teacher. He suggested she focus on the trombone.

To play a trombone, Oliver said, students “have to be smart. They have to be confident. I don’t think trombone get as much credit as it deserves.”

He saw that intelligence and confidence in Choat.

“She was a very hard worker,” he said.

She started playing the trombone, and, from the beginning, she loved it.

These days, Choat plays trombone with the Piedmont Wind Symphony and the Camel City Jazz Orchestra.

Teaching band, Choat plays all other instruments as well. She is better at some than others, she said, and some students don’t realize that until they head off to high school and work with people who are really good playing that particular instrument.

“I still don’t make a great sound on flute,” she said.

At her class on Tuesday morning, she started out teaching as she played a trumpet because, as a shorter instrument, it fit more readily into the world of learning via a computer than a trombone.