To see more pictures, go to Your Permanent Record.

OCTOBER 16, – Fifth-grader Jackeline Gomez was the state winner in a national art contest, and, on the morning of Friday Oct. 16, she headed over the Diggs-Latham Elementary with her mother and younger sister to pick up a flag made using her art.

If this were a regular year, the flag would have flown at the national conference of the National Art Education Association, which was scheduled to be held in Minnesota. Because of COVID-19, the conference was cancelled.

Her flag will be featured at the virtual state conference being held later this month.

“I feel really proud,” Jackeline said as she and her mother, Paty Rojas, and younger sister, Sahori Sandoval, were waiting for the presentation.

“I was happy when they said I was a winner.”

Sahori is in the third grade at Diggs-Latham and also enjoys making art.

“When I heard my sister was a winner, I was proud,” Sahori said

So was their mother. 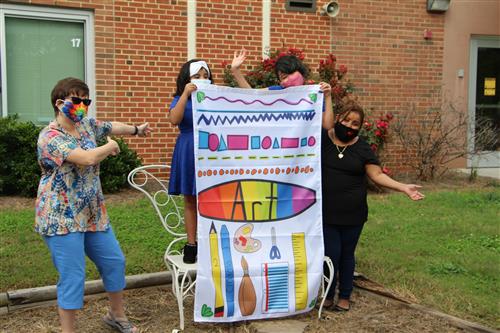 Asked whether the girls got their artistic gene from her, Rojas said that she’s not much of an artist but that she does like being creative and enjoys such activities as crocheting.

Jackeline created her flag back in the spring when the Council for Art Education (CFAE) celebrated Youth Art Month. Catherine Cowperthwait, who teaches art at Lowrance Middle and Kingswood School, is the North Carolina representative for Youth Art Month, and she came over to Digg’s-Latham to present the flag.

“I love her to death,” Castillo said. “I am super proud of her.”

The flag is longer than Jackeline is tall. So she and her sister had to climb on a bench to fully display it without help from an adult. 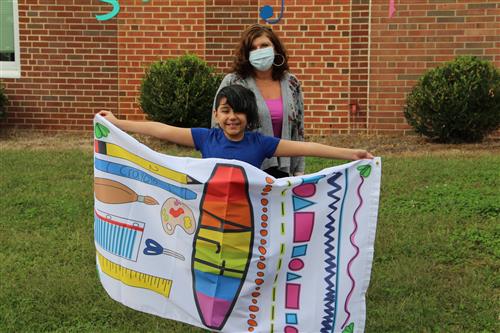 Gordon has worked with Jackeline since she was in kindergarten. It has been rewarding to watch her develop over the years, Gordon said, and she has thrived in all of the arts at Diggs-Latham, including dance and band.

“It’s great to see a student who has accomplished so many things.”

Jakeline is gracious to all of her teachers, Gordon said. “She is grateful to us for the opportunity.”

And she is kind and respectful to everyone.

When she grows up, Jackeline would like to be both a doctor and a professional artist.

Asked where they would like to see her art on display some day, her mother said, “New York.”

That’s just what she was thinking, too, Jackeline said.

The family also includes their father and Rojas’ husband, Victor Sandoval, and their sister and Rojas’ daughter, Nicole Gutierrez, who is a junior at Parkland High. 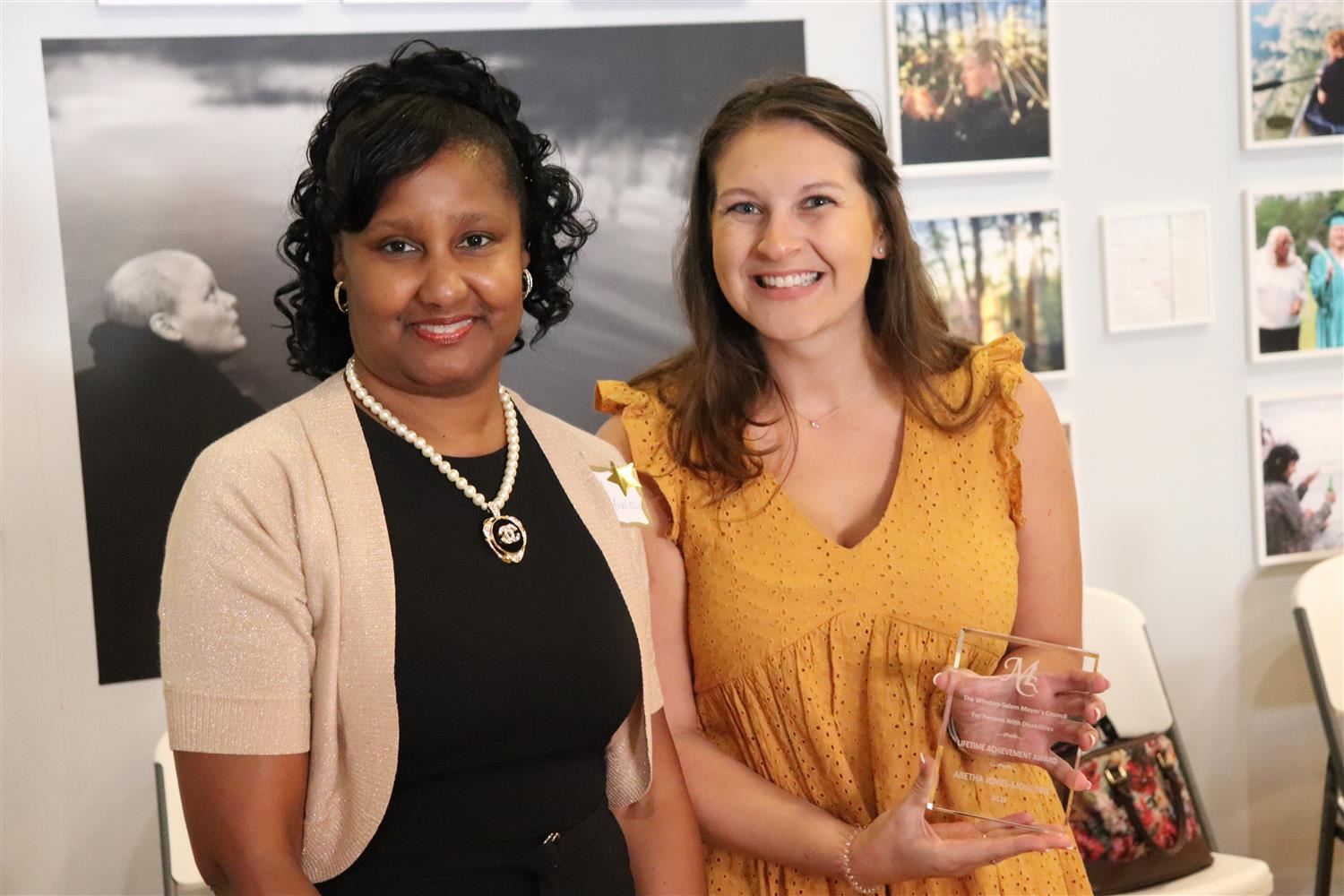 The family is moving soon so Jackeline is going to wait until they are in their new home and then find the perfect spot in her bedroom to hang it.

Dobson said she was excited about it all.

“It’s totally awesome for the students, the family and the art teacher who made it happen,” she said.

This theme for Youth Art Month this year was “Take a Journey through Art,” and students were invited to design a flag that represents the theme through symbols, shapes, and colors.

Jackeline is a member of Art Club at Diggs-Latham and has been active in several other art contests and exhibits, Gordon said, including the fair, the Winter Reflections exhibits, and the “Spring Arts Extravaganza.”

Rojas is an active member of the school’s Parent Teacher Association, Parent Advisory Council, and volunteer board.