A New Classroom Building & Much More for Easton 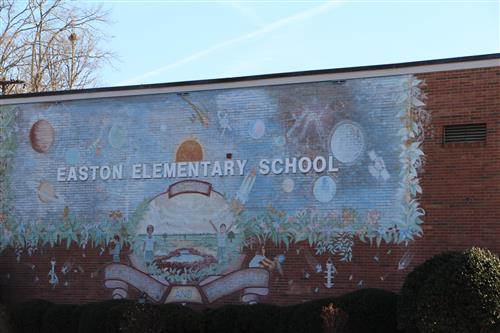 JANUARY 8, 2021 – Thanks to renovations and additions at Easton Elementary, the school buildings and campus have been transformed.

The $10.5 million in upgrades – which mean that no student will have class in a mobile unit - were made possible by school bonds that Forsyth County voters approved in 2016.

Work began in December 2019. The improvements included creating a new way to come into the Easton campus from Clemmonsville Road, and, since Pre-K, kindergarten and first-grade students returned to school, parents dropping off their children have been using an upgraded traffic pattern that makes for a much smoother flow of traffic. 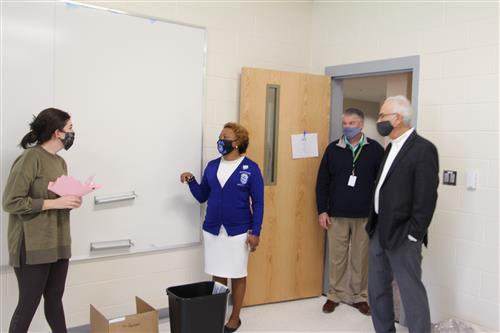 With the finishing touches being put on a 17-classroom addition that provides classrooms for third-, fourth- and fifth-graders – as well as for music and art classes – older students will being heading to roomy classrooms filled with new furniture as they return to in-school learning in the coming days.

"I am elated that our third, fourth, and fifth-graders will come back to campus to a brand-new addition equipped with new furniture and new technology,” said Assistant Principal Verschello Nelson.

“After 10 months of remote learning, it excites me that our students will resume their in-person learning inside our new school building. I can't wait to see their faces as they return in the next two weeks. Our students deserved the best learning environment to access their education." 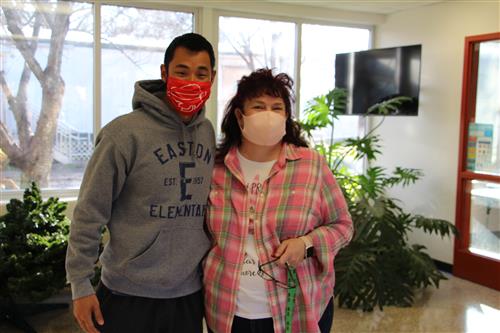 And once Easton students are able to head to the cafeteria for their meals, they will be served food made in a new kitchen.

Add new lighting, ceilings, and furniture throughout the school – as well as such other improvements as tinting the windows in the gym so that the sun never signs directly in students’ eyes – and you’re talking about a much warmer, pleasing place to attend school.

Principal Ramona Warren said it brings her joy to know that not only Easton students and parents but also members of the community at-large now have “a campus that they will enjoy coming to every day.”

“They see that new things are here for them.” 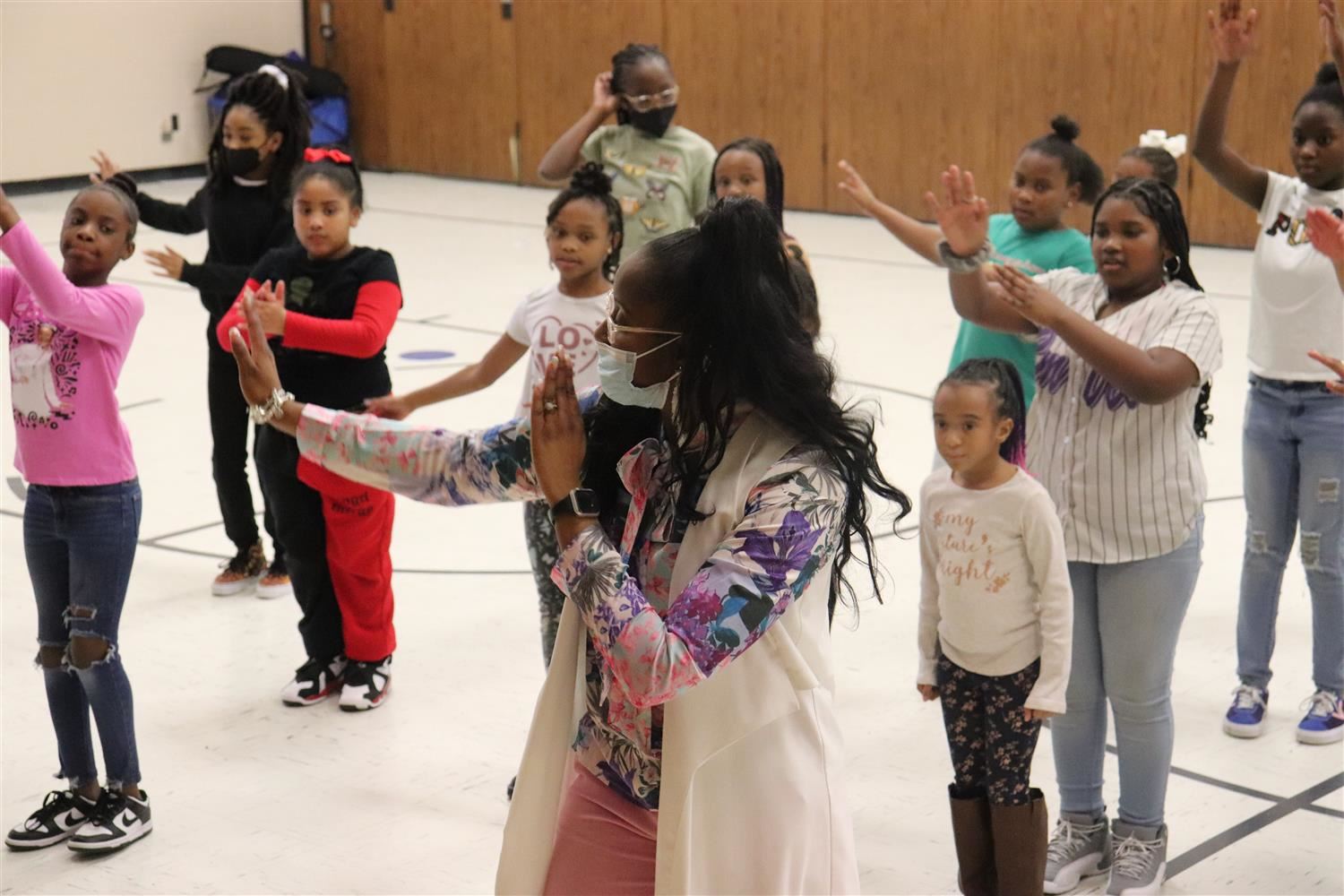 Built in 1957, Easton is one of the older building in the Winston-Salem/Forsyth County school system. Over the years, mobile units had to be added, and, although some renovations have been done over the years, this is the most substantial project.

One unexpected fringe benefit of remote learning, said Colon Moore, the Construction School Planning Director for the school system, has been that, without students in the building, some of these renovations were more straightforward than they would have been otherwise.

Although the mobile units are still on the campus, in the coming days, they will be removed.

On Thursday Jan. 7, two County Commissioners – Tonya D. McDaniel and Don Martin – dropped by for a tour led by Moore and Warren. 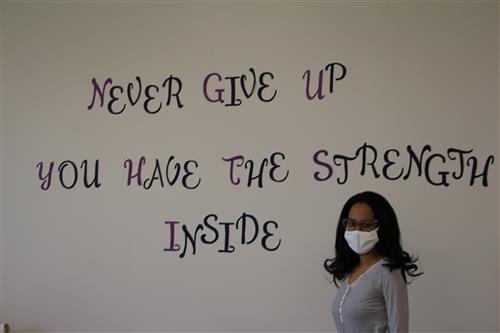 Warren made a point to thank and praise Moore and other others working on the project for the excellent work they have done.

As a way of celebrating its long history, Warren said, the people at the school had Easton shirts made that have 1957 on them, and, on the day of the tour, several people in the building were wearing them.

Both McDaniel have strong connections to Easton. All three of McDaniel’s children – Troy, Tray and Crayola, who are now in their early 30s – attended Easton, and Martin served as WS/FCS superintendent from 1994 to 2013.

“To see how things are evolving is exciting,” McDaniel said. “I am glad to see the pods going away.”

At the end of the tour, Martin said, “I remember visiting this school back in 1994.” 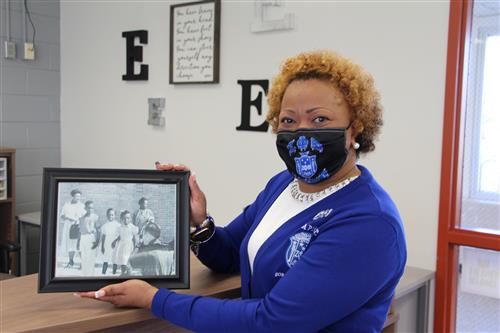 Although some renovations and other improvement were made along the way, Martin said, the bond project has taken the building and campus to a new level.

“This is a huge improvement,” he said. “It’s first-rate.”

Equity and equality are important for students through the school system, Martin said. “It’s a matter of trying to achieve the same standards for every child no matter where they live.”

The improvements at Easton help made sure those standards are being met, he said.

The first stop on the tour was media center, which has new furniture and other improvements. The next stop was going to be the addition with the new classrooms. As they stepped out of the media center, Warren had everyone stop to admire the illustrated bulletin board that Media Coordinator Kristina Morris, inspired by something she had seen online, had created to inspire students as they return to the building.

Then it was off to see the two-story freestanding building that totals 35,000 square feet. The floors in the building, which have epoxy on concrete with a shiny finish applied, are new to WS/FC Schools. It has worked out so well, Moore said, that will probably be used in later projects.

“We might start making this our standard,” Moore said. 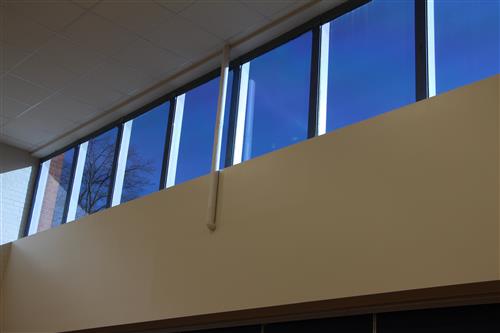 In choosing paint colors for the walls in the hallway, Warren said, they went with a “soft palette” to help establish a cheery atmosphere. On the first floor, the lower part of the walls are peach colored and, on the second floor, they are a soft yellow.

One of the changes that the coronavirus epidemic brought is that the design of the student bathrooms was modified so that teachers can see the area where students wash their hands so they can make sure students do that.

As the members of the tour group walked down the halls and looked into classrooms, they found workmen making such finishing touches as installing whiteboards and teachers getting their classrooms ready for their students. 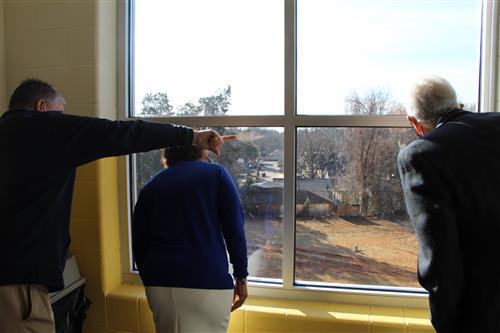 Erin Norman teaches music. When they stopped by her classroom, McDaniel asked her how interactions with parents have been.

“The parents have been extremely supportive,” Norman said.

That’s true of both those who now have students coming to the school and those whose children are still learning from home.

“There has been a great support system from parents,” she said.

In her classroom, Shelley Meeks, who teaches art, talked about how one of the fringe benefits of students not being able to participate in such activities as sports is that students have focused more on their art.

“They are getting very creative,” she said. 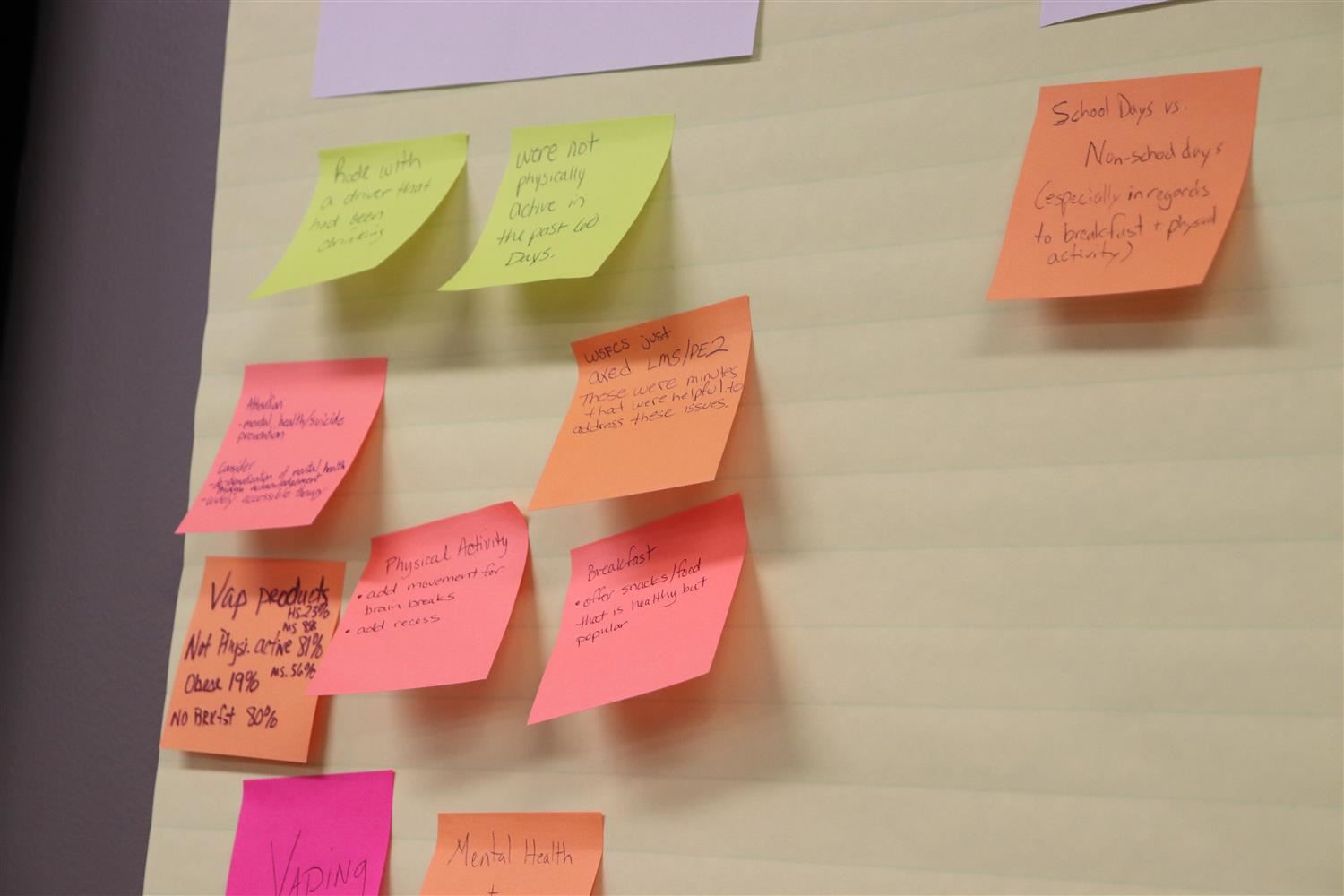 As a way of welcoming her students when third-graders have the option to return to in-person learning on Monday Jan. 11, Paulino Malloy had created an inspirational message that she posted on one wall of the classroom: “Never Give Up. You Have the Strength Inside.”

Before remote learning began, Paulino Mallow was teaching a mobile classroom. The warmer light that comes through the larger windows will make a big difference in the atmosphere of the classroom for students, she said.

“The children will be able to feel comfortable,” she said.

The new classroom has such other welcome features as more space to work in, she said, and she has enjoyed the unexpected bonus of a sensor that turns on the lights when she steps into the classroom. She is looking forward to her students returning.

“I am excited about this,” she said. “I think it will be good for the kids and for us.”