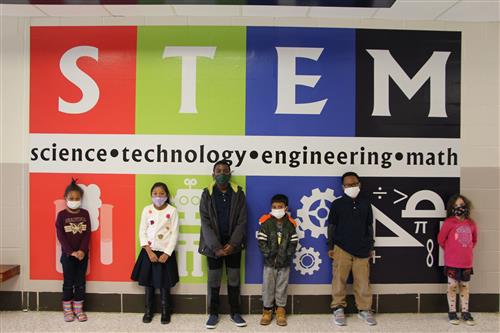 On Tuesday Feb. 23, the students in kindergarten through third grade at Petree Elementary pulled out scissors, tape and paper and went to work creating the tallest paper snowman they could.

As much fun as it all was, all the activity was officially about learning – STEM learning, to be specific. STEM is an acronym for Science, Technology, Engineering, and Math.  The people at Petree are in the process of transforming the school into a STEM elementary school.

“This is our first year as a STEM school,” said Principal Alicia Bailey. “We are doing everything we can to re-energize the Petree community. STEM is a way to build a foundation for Science, Technology, Early Engineering and Math. We’re helping students become college and career ready. Our school has an amazing staff that is enthusiastic about helping students grow.” 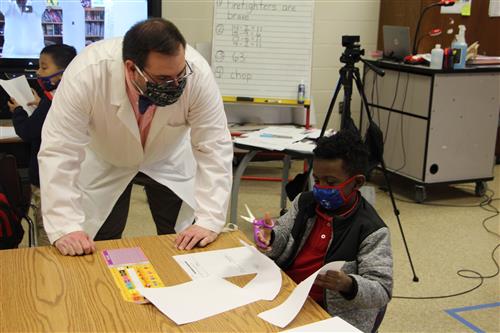 “This is our way to ‘kick off’ Petree becoming a STEM school since we now have all grades back in the building,” said STEM Specialist/Coach Brad Rhew.  “It’s a fun day to watch everybody in the building embrace the STEM experience.”

As the “STEM Power Hour” kicked off in Joanie Vaughan’s classroom, Vaughan went over the procedures with her second-graders.

“We’re going to make the biggest, tallest snowman,” she said. “Are you excited?”

With it being a competition to build the tallest snowman, some students raised their hands when Vaughn said, “Who do you think is going to win?” 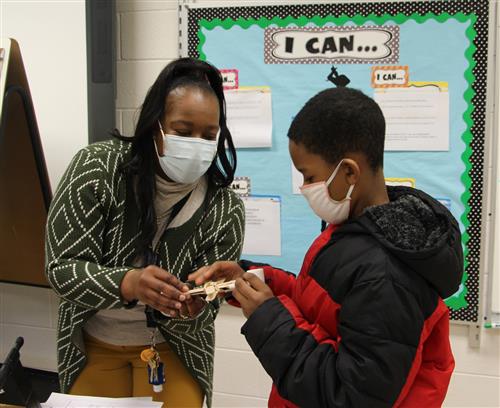 Laketha Ebrahim-Blackwell teaches fifth grade. In her classroom, students were designing and building catapults with the goal of sending their marshmallow flying farther than anyone else’s.

"Having our students engage in STEM is both rewarding for the students and the communities they will later serve,” Ebrahim-Blackwell said.

“Allowing them to experience the entire design process in engineering will encourage students to think creatively and critically, not to be afraid if a design fails, and to not fear having to go back to the drawing board. These skills will be crucial as they advance in their education and life."

In talking about the value of the STEM competition, Courtney Payne, who teaches fifth grade, noted that many of the students at Petree have not had a lot of experience with STEM.

"The benefit of a STEM Challenge for our students is twofold,” Payne said.

“First, the students have missed hands on learning during the pandemic; they really enjoy getting back to what feels normal. Secondly, the Petree student community is often underrepresented in STEM career pathways and having a STEM focus at our school includes them early on.”

“They can realize any career not in spite of their identity, but rather because of their background. Their perspectives and ingenuity will enrich and broaden our progress in science."

Doing so, Bailey said, puts Petree students on the path to two other PTLW schools in county - Hanes Magnet Middle and Atkins Academic & Technology High, which is just down Old Greensboro Road from Petree.