MARCH 25, 2021 – Carver High has a history of nurturing the young women who go there.

Malishai Woodbury, who is the chair of the Winston-Salem/Forsyth County Board of Education, graduated from Carver in 1992. In a story written after she was elected to the school board in 2018, she said, “In high school, I was so used to a nurturing environment.”

In the years after she graduated, Woodbury returned to Carver as a volunteer and served as a mentor for such people as Alexes Johnson, a 2009 graduate of Carver who is now the school’s Transition Coordinator.

Johnson said that Woodbury helped inspire her as she was working to prepare for her next steps in life. 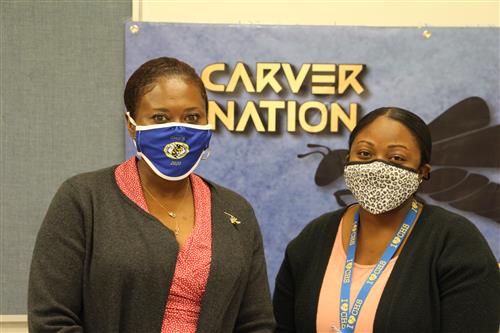 Now, Woodbury and Johnson – and other women – are stepping forward to take that support to a new level by establishing the Carver Girls Club, a service club that will work to help young women develop the skills they need to succeed in the world beyond high school.

“I hope what these girls get out of it is to be empowered and uplifted and to go out and be successful,” Woodbury said.

“The biggest thing we want for our students is a sense of leadership and of commitment to serving the local community and having a sense of pride when they graduate from Carver,” Johnson said.

Also being established at Carver this year is a pilot program offered through LEAD (Learning Everyday Accomplishing Dreams), a nonprofit organization dedicated to providing the tools and resources that help young woman become productive citizens and active leaders in their communities.

On Tuesday March 23, Woodbury came to Carver to talk with young women at Carver about both programs. 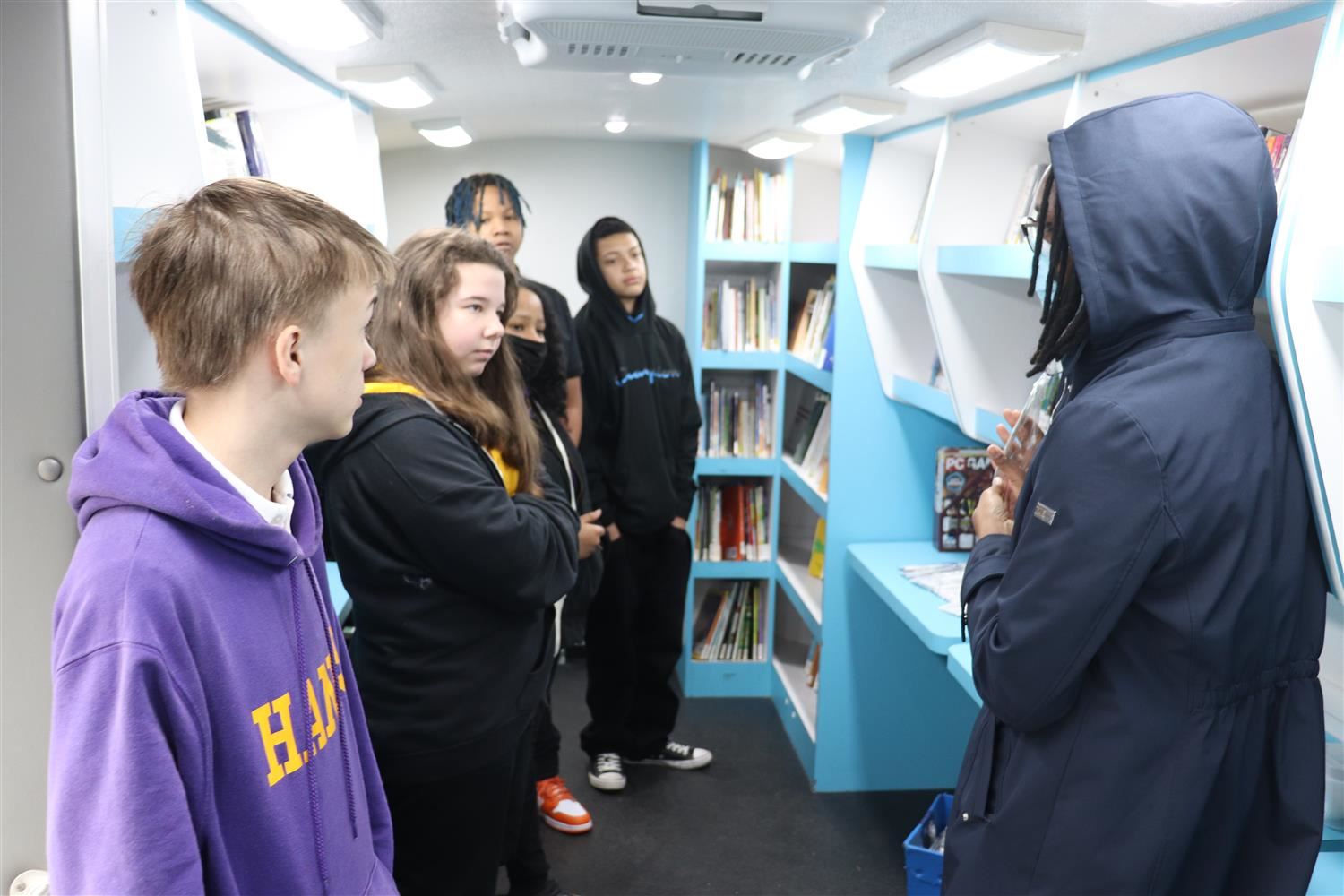 Joining her were Johnson and two other people who also work at Carver – Meisha Conrad, a 2007 graduate of Carver who serves as the Career Development Coordinator, and Patricia Horne, the Engagement Coordinator – along with two women from LEAD, Joy Thomas and Britney Dent.

Thomas is the founder and Executive Director of LEAD and Dent is LEAD’s Director of Programs. 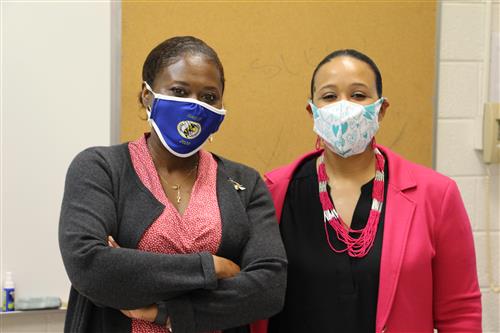 “I am excited to pilot this high school program as LEAD continues to expand our offerings and services.” Dent said.

One theme that emerged over the course of the get-together on Tuesday was the importance of connecting with others and establishing lasting relationships.

Woodbury opened the conversation with the young women by saying, “This is an opportunity for me to come and build relationships with you ladies.”

In talking about the Carver Girls Club, Woodbury said, “We hope to help you build capacity and to network.”

Making connections with people throughout the community can serve you well over the years, she said, and many of the people who are valuable to know are Carver graduates.

As Woodbury talked with the young women, she learned that the careers they are considering include becoming a judge, a dancer, a photographer and working in some capacity in the world of medicine. 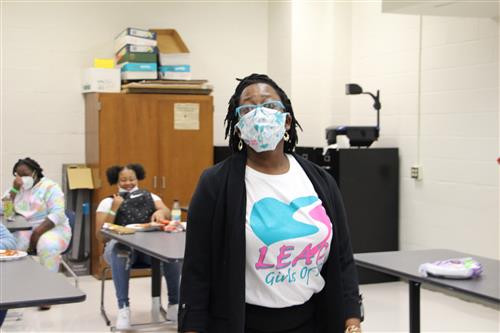 She also joked with the young women, asking them whether they knew about the secret stairs in the building.

For its first service project, the members of the Carver Girls Club are creating “Kindness Care” packages for residents at Trinity Glen Assisted Living Community.

To do that, they are working with Alicia Bailey, the founder and CEO of The Legacy Foundation for Women, a ministry that works to “empower people for purpose.”

After the club meets to create the packages, the packages will be delivered to Trinity Glen.

Woodbury is the co-founder of Community Coalition for Equity in Education, and, over the years, she has served as President of the Carver High School Alumni Association and on The Winston-Salem Foundation Scholarship committee, as well as serving on City of Winston-Salem committees led by Mayor Allen Joines.

In talking with the young women, she noted that Joines had made a contribution to help support the club.

In talking about LEAD, Thomas said that the goal is to “build confidence, self-awareness, and leadership skills.”

The mission of LEAD is: “Change a girl. Change a community. Change the world.”

Now that they are working with young women in the ninth grade at Carver, Dent said, they are focusing on helping them with social and emotional learning first.

Dent provided some background on the LEAD program:

“We envision a world where every girl has the confidence, social skills and leadership ability she needs to become an independent, financially-stable woman.”

“Five years of data shows that LEAD Girls is equipping girls to confidently make thoughtful choices about their lives now while helping them to learn how to foster a lifetime of smart, confident choices. Girls are reporting significant changes in their communication, ability to work with peers, and ability to exercise leadership and decision-making capabilities.”

“We want to prepare our girls so they will graduate from high school and go on to successfully attend college and/or technical school in a career that allows them to become financially stable women. Engaging girls in leadership development as they are maturing into young women has been proven to help girls recognize their worth, cultivate and trust their decision-making abilities, and transform their lives.”