A Concert to Support a Reagan Trip to Carnegie Hall

On Sunday Dec. 19, Reagan High will perform a concert to raise money to help cover the costs of a trip to Carnegie Hall that students are making in April. For more information and to donate, go to Reagan High. 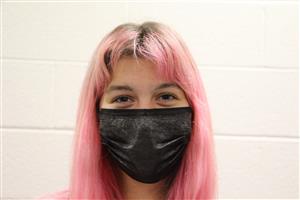 NOVEMBER 30, 2021 – When Victoria Schubarg was younger, she attended a concert at Carnegie Hall. Sitting in the audience and thinking about how wonderful it all was, she said to herself, “That could be me.”

And soon it will be.

Schubarg is now a senior at Reagan High. In April, she and 105 other Reagan students will head to New York with Kenneth Tysor – the Director of Orchestras – and Robert Johnston – the Director of Bands – to play at Carnegie Hall.

To raise money to support the trip, Reagan bands and orchestras are holding a Carnegie Hall Trip Benefit Concert at 4 p.m. on Dec. 19. 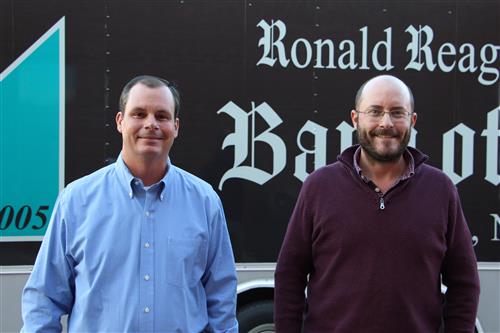 On the afternoon of Monday Nov. 29, several students who will be going to New York took time from their music classes with Tysor and Johnston to talk about the trip.

Schubarg, who plays the flute, is both very excited and a tad nervous.

“It’s a major moment in my life to be able to play on a stage that is so widely known,” she said.

Johnston and Tysor are also quite excited about having their students play there.

“I am beyond excited about the once-in-a-lifetime opportunity for our students to perform at Carnegie Hall, a performance venue that many consider the best in the world,” Johnston said.

“Music education is about so much more than just playing notes on a page; it is about challenging yourself and as a group to do your best. This challenge will help us to continue to grow as a band family, and I could not imagine having this special time with a better group of students.’

“When it is all said and done, the joy of playing at Carnegie Hall will give us lifelong memories that we will remember forever.” 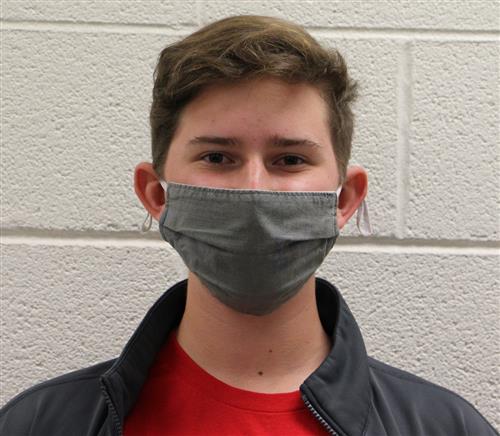 Tysor had this to say:

"We were thrilled when we found out that the Reagan High School Bands and Orchestras were accepted to perform at Carnegie Hall this school year! Performing in Carnegie Hall builds on the success that we have enjoyed with our programs over the years. In a normal year, this would have been the most impressive performance opportunity in our history.”

“Performing in the world's best concert venue is even that much more meaningful to us after our students spent almost a year and a half playing their instruments in the worst environment: by themselves, into their computers, in their bedrooms, and with no audience.”

“We are so impressed with their determination and dedication to continue playing their instruments at a high level despite these recent challenges. It is an honor to teach these students as they bounce back, rise to the occasion, and excel. It is also refreshing that our WS/FCS community is really coming together to support our goals with this trip and performance.”

Junior Garrett Sapp plays the clarinet. He appreciates that they are having a fundraiser concert to help with students’ expenses.

“I’m glad that everyone gets to go,” Sapp said.

Music is a big part of Sapp’s life – he also takes lessons outside of school and participates in such groups as the Wachovia Winds Youth Ensemble, and, while planning on a career as an engineer, he envisions music continuing to be an important part of his life.

“Hopefully, it’s something I can continue for the rest of my life,” Sapp said.

Jia Gao, who is a sophomore, is also looking forward to the trip.

Gao plays the violin. Gao’s mother, Jing Ye, tells him that, when the family went to a concert when was 2 or 3, he pointed to a violin and told her he wanted to play. When he was 6, he started taking lessons. So, at 16, he already has lots of experience.

With many of the students, family members plan to go to New York as well. Genesis Guardado’s parents and older sister and younger brother will be in the audience at Carnegie Hall. 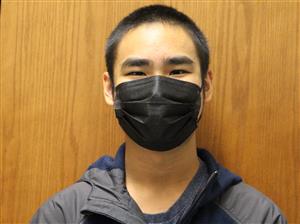 Guardado, a junior who plays the clarinet, envisions a career in music. She is looking forward to the experience.

“It’s exciting because it’s an important place that every musician wants to perform in,” Guardado said.

“It makes me very happy.”

In the coming days, she expects to put in even more time than usual honing her skills.

“I’m going to work harder to prepare for this performance,” she said.

As sophomore Colin Wishneski put it when asked how he feels about playing at Carnegie Hall, “It’s a crazy opportunity.”

“It’s something I would love to do that I never thought of myself as doing.” 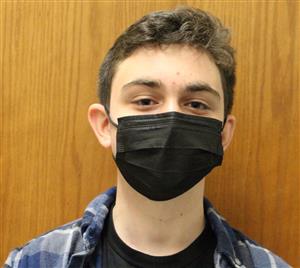 Wishneski has an active mind.

“I observe everything,” he said.

He likes playing violin, in part, because it’s a way to step away from all the thoughts that might be swirling about.

Junior Maggie McSawley plays the tuba. She envisions a career in music either as a teacher or as a professional performer. In addition to the performance at Carnegie Hall, McSawley looks forward to such extras as being able to see a production of The Lion King on Broadway.

Music is also an important part of freshman Carolyn Bangun’s life. She has been playing the piano since she was 6 and started playing the violin at Jefferson Middle School. She also composes and sings songs, many based on her experiences in life.

She finds that focusing on music is both relaxing and challenging.

“It’s like a whole different language to learn,” Bangun said. 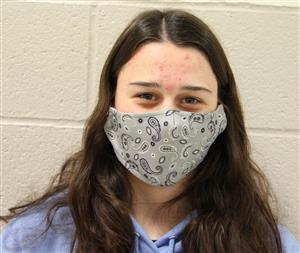 While excited about playing at Carnegie Hall with her parents and older sister in the audience, she is also a little nervous.

“I have never done anything big like this,” Bangun said.

Brad Royal is the principal at Reagan.

“I am so excited for our students, as well as for Mr. Johnston and Mr. Tysor for this incredible opportunity,” Royal said.

“Musicians dream of getting to perform at Carnegie Hall, and our high school students are going to live that very dream this spring. The adage of hard work pays off rings true as can be seen with this amazing experience.”

“I couldn’t be more proud of them.” 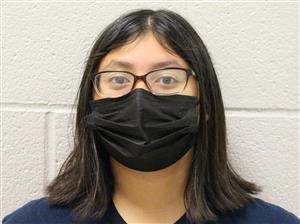 “This is an amazing and life-changing opportunity for these students to play in one of the most iconic performance halls in the world,” Craft said.

“Congratulations to these students and their directors on this huge honor!”