She has more than 29 years of experience in education. She taught in Newport News, VA and at Southern Illinois University at Carbondale. She was a fifth-grade teacher at North Hills Elementary School and an adjunct professor at Winston-Salem State University. She has served as an assistant principal at Ibraham Elementary School and the former Hill Middle School, where she also served as interim principal. Ms. Wilson-Moore is the school district’s current Assistant Principal of the Year serving at Thomas Jefferson Middle School.

Wilson-Moore’s start date is still to be determined. 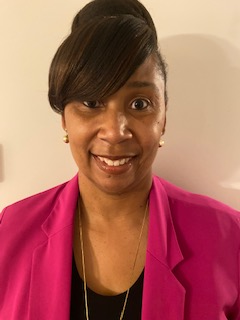 Ms. Norwood has almost three decades of education experience beginning as a resource teacher in Davidson County in 1994. She began working for WS/FCS in 1997 as a teacher at Mineral Springs Elementary. She was a compliance specialist at the district’s central office for 8 years and assistant principal at Sedge Garden and Kimmel Farm Elementary Schools. She was the director and principal of the Hospital/Homebound Education Center for five years and most recently served as an area program director for the WS/FCS EC Department. She has experience supporting and advocating for students with disabilities.

Norwood’s start date is still to be determined.