September 29, 2022 – Fall is in the air at Winston-Salem/Forsyth County Schools, and that means its time for the return of Chartwells K12 and DINE WS/FCS’ fall farmer’s market.

Students at Southwest Elementary School got to visit the stalls full of fruits and vegetables like they were at a real farmer’s market on Thursday morning. They filled shopping bags with free gifts of rainbow carrots, apples, potatoes, onions, and other key autumn crops that grow in North Carolina. It was the first time that the market had ever come to Southwest, and the excitement in the air was palpable.

“It’s so cute seeing how excited they get and the smiles on their little faces,” said Angela Knox of the students who went through her line. 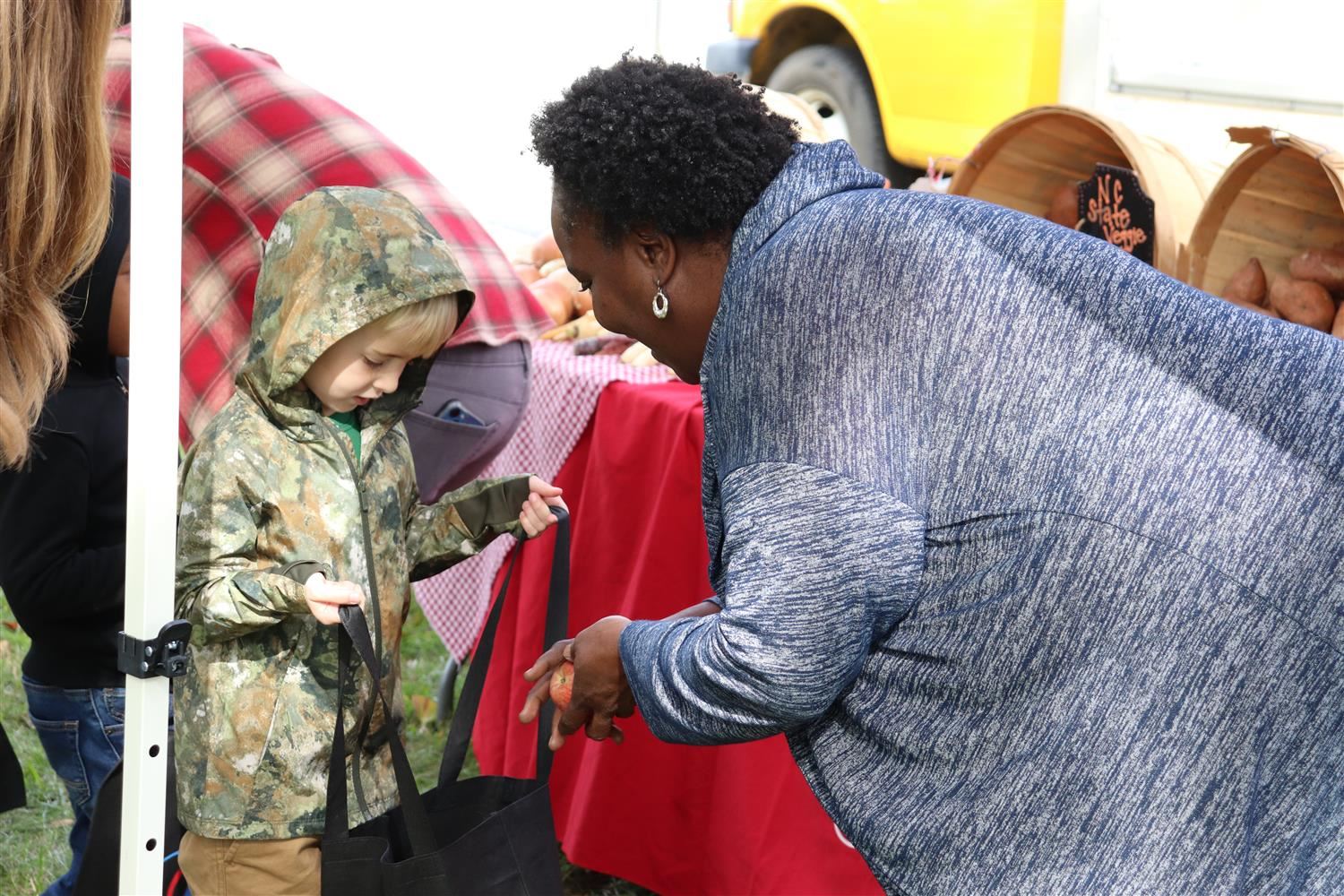 Kindergartners at Southwest have been learning about the history and nutrition of apples in class in recent weeks, while fourth graders are in the middle of a broader nutritional unit. Going to the farmer’s market is a way to carry out the information they’ve learned in class in a real-world setting. It also encourages students to think about the food they eat and the recipes that they make with their families, so they can play a more active role in their own nutrition.

“It’s a really cool way to get kids involved in picking out fruits and veggies,” said Principal Summer Jackson.

All of the food offered at the farmer’s market also came from nearby growers. DINE WS/FCS Marketing Specialist Katie Willard says that it’s important for children to understand the importance of locally grown food. She hopes that getting produce from this farmer’s market will encourage students and families to 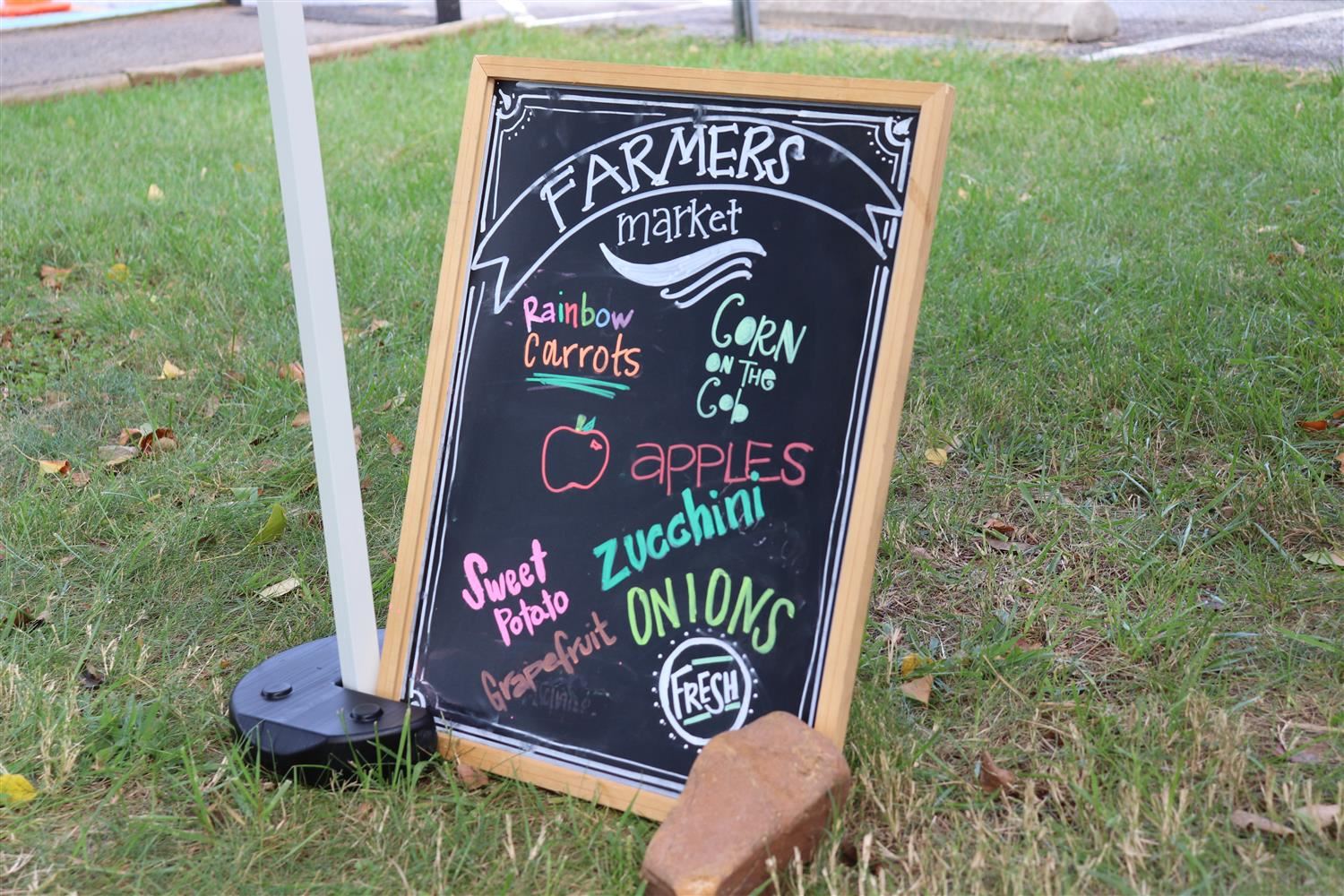 visit other farmer’s markets in the future.

“It’s important for them to be able to see where their food comes from,” Willard said. “It’s also good for them to learn about shopping local, so I’m glad that we were able to plant that seed.”