“Mama exhorted her children at every opportunity to 'jump at the sun.' We might not land on the sun, but at least we would get off the ground.”

From Dust Tracks on a Road by Zora Neale Hurston

At the same time, the school representatives also picked up envelopes filled with multicultural books for students in kindergarten through fifth grade.

Speaking of both sets of books, Rebecca McKnight, the school system’s Director of Social Studies, said “I love these book collections so much because I believe that they act as mirrors and windows for our students.”

“As a mirror, the books help students to see themselves reflected in the books that they read. As a window, the books provide students with the opportunity to see the world and how other kids think and live.”

McKnight was there to greet the representatives from each school.

The Boxes of Love were part of an ongoing project sponsored by the school system’s Office of Early Learning. Using money provided by Project Impact – a community initiative that provides money to help Winston-Salem/Forsyth County Schools address gaps in student achievement – containers of books for kindergarten and first-graders were distributed earlier.

The books in the envelopes given out on Nov. 18 were donated by Jump at the Sun – a community partnership that includes such local organizations that support education as Action4Equity, Read Write Spell, and Bookmarks. Those books are for students in kindergarten through fifth grade.

Mitzi Sheppard, who is the Instructional Facilitator at Old Richmond Elementary, said that the earlier Box of Love books had proven to be particularly valuable for kindergarten students.

“It’s given them more awareness of the different cultures and different viewpoints,” Sheppard said.

She was looking forward to making this batch of books available to teachers.

“I think it’s good,” she said. “It gives the teachers more resources to use.”

Rafia Kirmani, who teachers second grade at Vienna Elementary, said she was glad to have such a variety of books.

“Books open worlds,” she said, “and you never know which one will reach each child.”

Kelly Ryan is the Instructional Facilitator at Morgan Elementary. Her daughter, Ava, who is in second grade at Morgan, joined her for the pick-up.

Ryan said that the books they had already received had been helpful and that these would be as well.

“The teachers do love these books,” Ryan said. 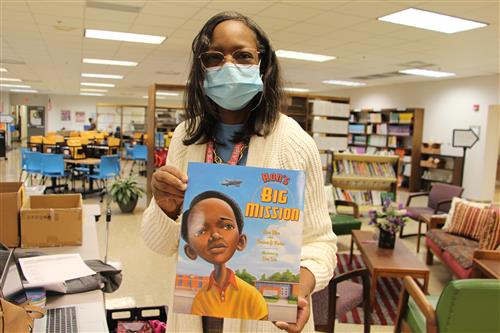 Knowing how much teachers and students who have already gotten the books appreciate them, Ryan said, people in the upper elementary grades had been asking her when they are going to receive their books.

With the Jump at the Sun books including ones for students in the upper elementary grades, Ryan would be able to tell the older students that they, too, now had books chosen for them.

As the Executive Director of Action4Equity, Kellie Easton has worked hard on the Jump at the Sun project.

Such books will enable students to see others like them, to identify with heroes who look like them, and to learn more about our history, she said, adding that understanding history is important to all children.

The Jump at the Sun campaign will continue, Easton said, as they work to get relevant books not only into elementary school but also into middle and high schools. 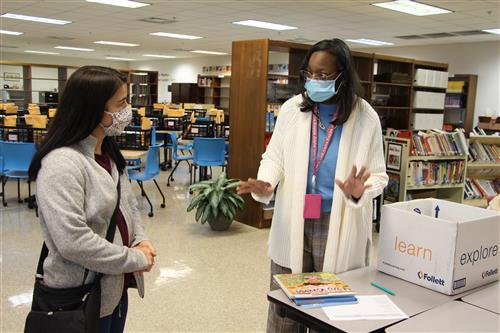 Community member Sara Fox learned about the need for more culturally relevant books when she attended a Curriculum Infusion program presented by Action4Equity at which McKnight spoke. Toward the end of the presentation, McKnight mentioned that because of a lack of financial resources, not as many books pertinent to the curriculum could be bought as she would like.

“I thought about that for a month or so and finally decided that this project should not fail for want of books.” Fox said. “Not in this community.”

“I emailed Rebecca and Ashley Bryan – the Youth & Schools Manager at Bookmarks – and asked if there was something we could do. We met and decided there could be.”

“Bookmarks is proud to be a partner and resource in this community response,” Bryan said. “Jump at the Sun not only addresses a need for representation in our curriculum but is also providing access to the stories and experiences we want every child to hear.”

Meantime, Kellie Easton was meeting with folks she knew regarding the same subject, Fox said. “The two of us happened to be working on a Read Write Spell initiative together.” 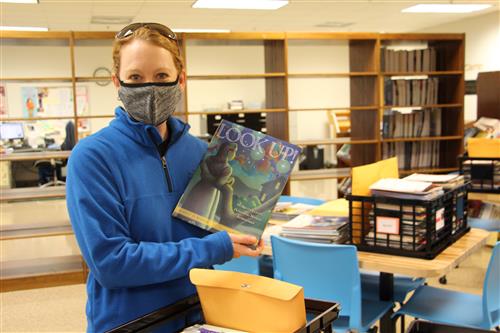 “We folded our efforts in together with input from Dr. Sankofa-Willette Nash, Nigel Alston, Kris Cox, Cheryl Harry and others to create Jump at the Sun.”

“It is such an important initiative,” Bryan said.

“Connecting readers with books is part of our mission and Rebecca and her team have curated an extraordinary collection of titles. I believe Jump at the Sun is setting the standard for the type of change and conversations that need to take place everywhere.”

Fox also made the point that what McKnight and the Social Studies Department are doing is important.

“Because it is just,” she said. “It needed to be supported.”

To learn more about Jump at the Sun, go to Jump.