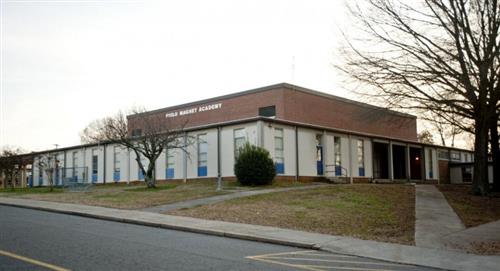 In 2011, the WS/FCS proposed to merge Philo Middle and Hill Middle School.

The following excerpt is from an article on the history of Hill Middle written by Kim Underwood (2012):

When Hill opened its doors in 1960, it was called Waughtown Junior High. The name was soon changed to Josephine Hill Junior High to honor Josephine Hill, a long-time principal at Forest Park Elementary School who had retired. When the school system reorganized in 1971, Hill became a high school with grades 9 and 10. It became a middle school in 1984. In the early 2000s, Hill started focusing on the arts. Based on an application written by Dennis Queen, the principal from July 1999 to June 2003, the school received a U.S. Magnet Schools Visual and Performing Arts Grant and created three “houses” within the school - House of Knowledge (literacy theme), University House (college theme), and the House of Jazz (visual and performing arts).

In August of 2012,  Philo Magnet and Hill Magnet Middle Schools were merged into Philo-Hill Magnet Academy. Through our previous magnet focus, students were exposed to global technology and Mandarin Chinese language immersion. Looking forward to our future, we are excited to re-brand our magnet program as one promoting Research and Innovative Design to better connect our students with the societal, business, education innovations in Forsyth County, NC and the world around us.