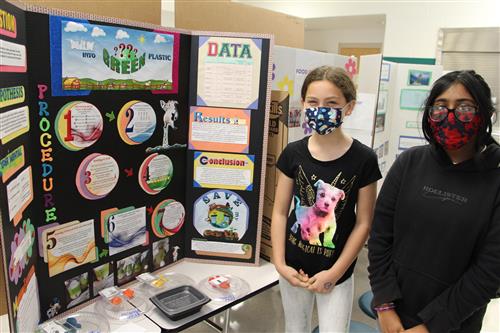 JUNE 19, 2018 – Thanks to new HVAC systems being installed at Ashley Academy, teachers and students will find classrooms filled with fresh air at a comfortable temperature and humidity when they return in August.

“It should make the building a lot more comfortable, with the addition of controlling the humidity,” said Barry Motsinger, the school system’s Director of Capital Projects.

The HVAC equipment being replaced in some parts of Ashley controlled the temperature but not the humidity. The work being done will also allow fresh air from outside the building to circulate in the school.

The new HVAC units being installed are not the only improvements being made at Ashley. Part of a roof on the gym is being replaced, and work is being done on the grounds.

“It’s going to feel like a new building,” said Principal Scarlet Linville. “It communicates to our staff, students and their families that Ashley is a priority.” 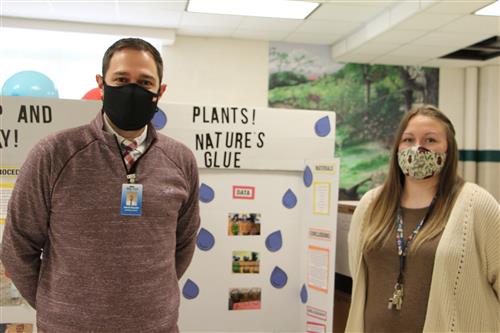 Everyone at Ashley Academy for Cultural & Global Studies is working hard to create a positive learning environment, Linville said.

“The renovations are going to support the transformation that we are trying to make in the academics and school climate as a whole.”

The decision to replace the HVAC system at Ashley came after some people said that they thought air quality was not what it should be. They believed that mold in some units was leading to respiratory problems.

A study by an environmental and engineering firm found that, while the school building as a whole was well-maintained and clean, some units did have some mold.

Members of the Winston-Salem/Forsyth County Board of Education decided to have the HVAC system replaced. Linville said she appreciated how quickly the school board and the members of Operations Department responded. 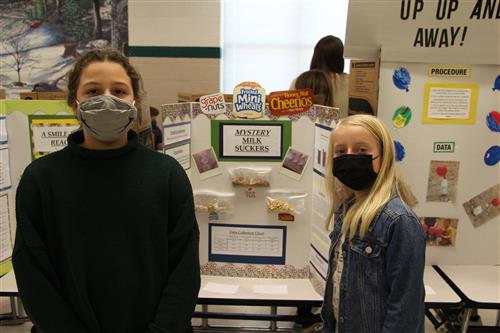 The HVAC equipment in the building dated to the late 1980s.

“They are probably about 30 years old,” Motsinger said.

With any project with a budget of more than $500,000, formal bids are required. Superior Mechanical won the contract, and Superior brought in Watson Electrical to assist with the work.

The workers for the two companies are not limited to the four-day work week that the school system has adopted for the summer. They work whatever days work best for them, Motsinger said, and, some weeks, that may be all seven days.

“The plan is to be done before teachers are back,” Motsinger said.

The $1.2 million for the project is coming from the Capital Funding that Forsyth County provides to the school system each year. Motsinger said that no other project had to be postponed as a result of the work at Ashley. 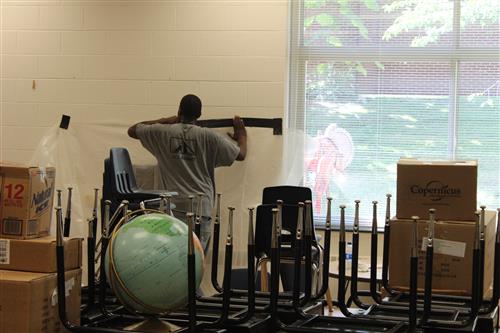