Black History Performance on February 27th, 2020 consisted of the African- American National anthem,” Lift every voice and song” led by Ms. Straw. The program transitioned into a slide show presentation by Ms. Kelly that consisted of a Journey through African- American history, that began in Virginia in 1619 when the first slaves were brought to America. There were 25 slaves brought aboard the,” White Lion”. The slide show transitioned into the next 400 years of African American history and featured Phillis Wheatley, Frederick Douglass, Crispus Attucks and the “Father of Black History”, Carter G. Woodson. The program featured African dances and drummers led by 3rd, 4th and 5th graders trained by Mr. Leach. The African Scene also featured narration and a king and queen. The performance was inspired by traditional African dances from the 1800’s. The program also featured a solo by Mrs. Stancil that consisted of a medley of traditional African American songs,” Swing Long Sweet Chariot, Walk with Me and Precious Lord. The program ended with 4th and 5th graders speeches of Inspirational African- Americans that helped shaped America. 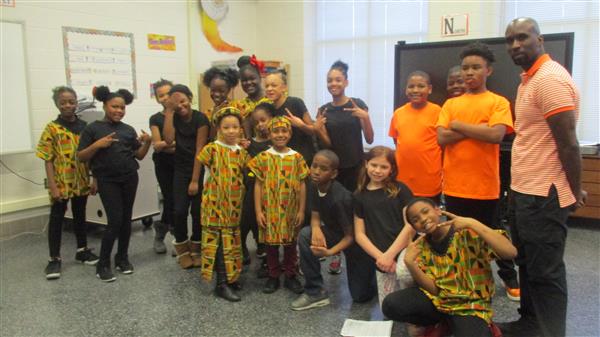 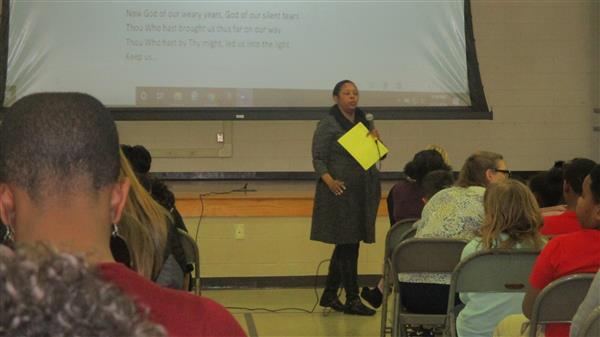 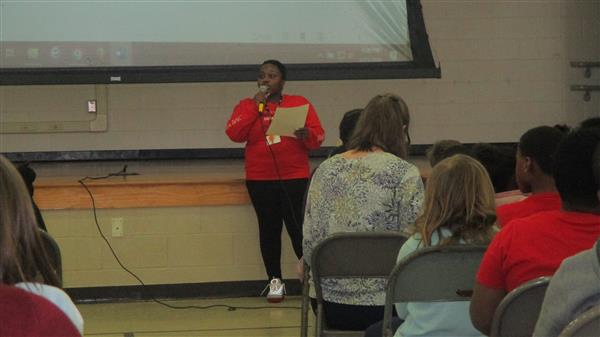 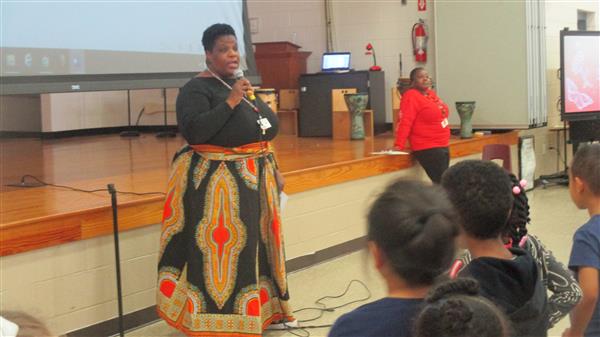 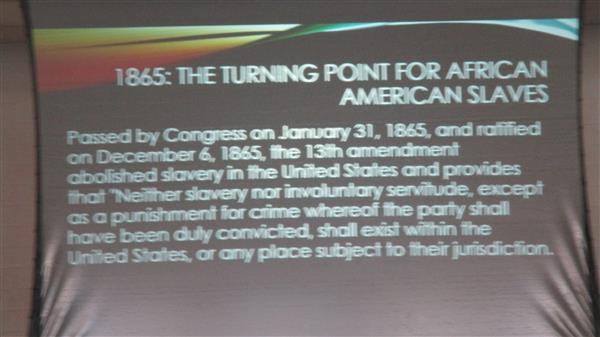 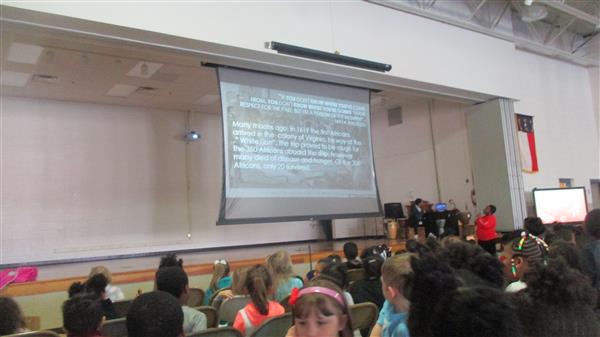 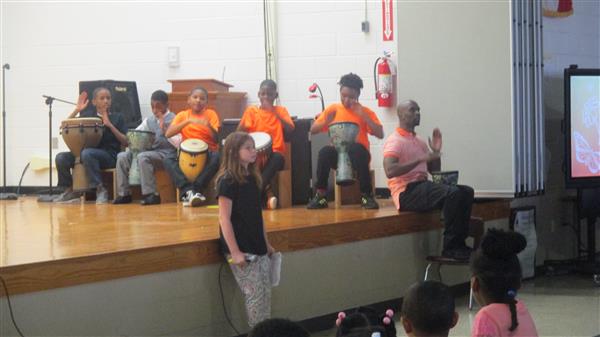 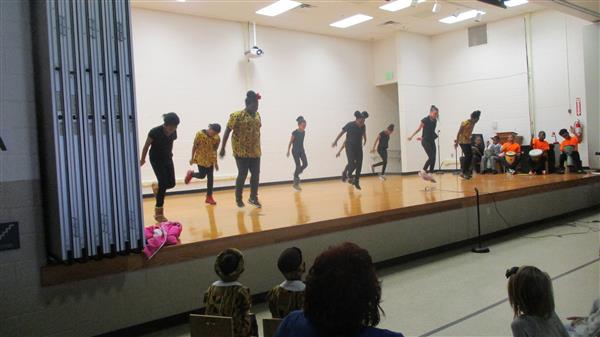 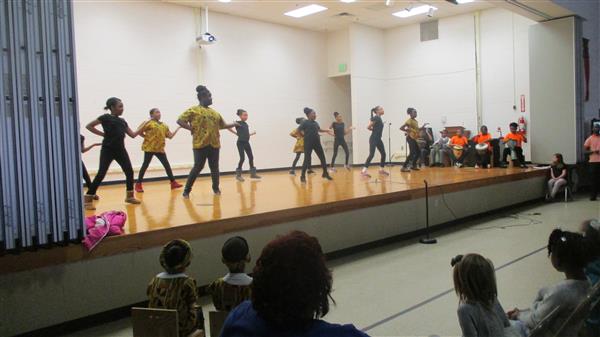 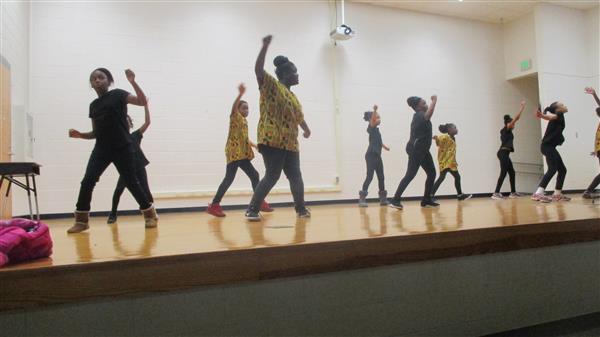 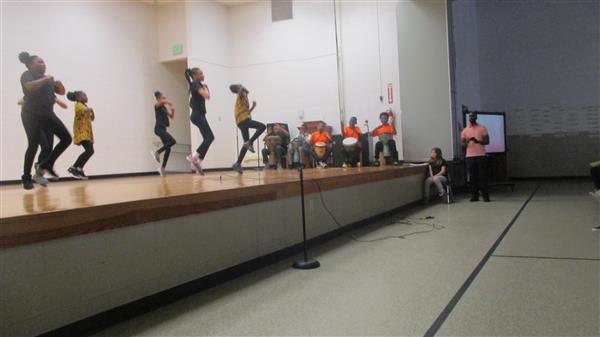 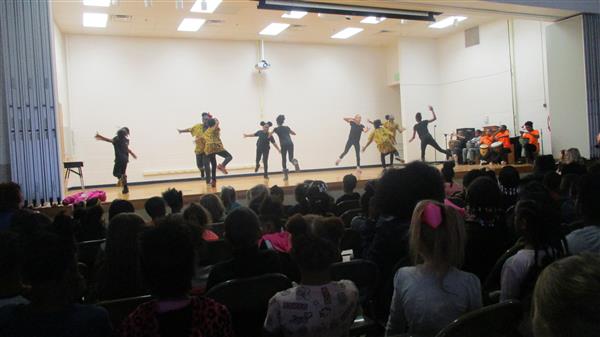 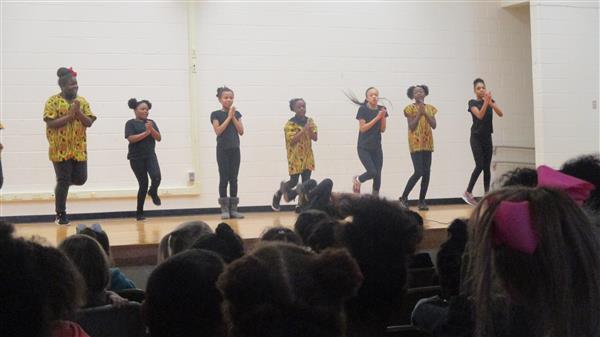 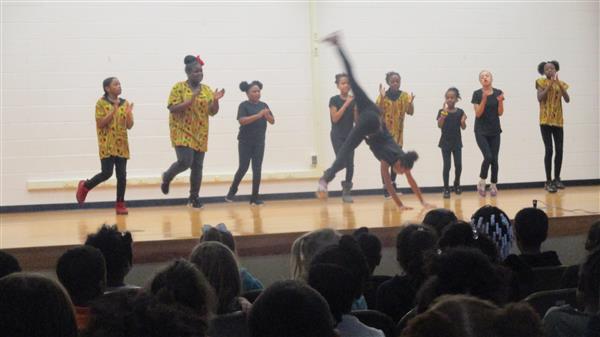 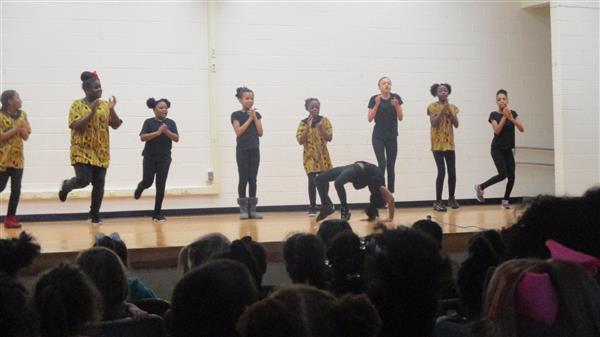 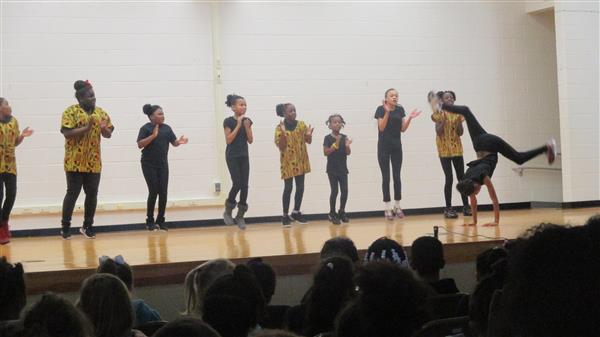 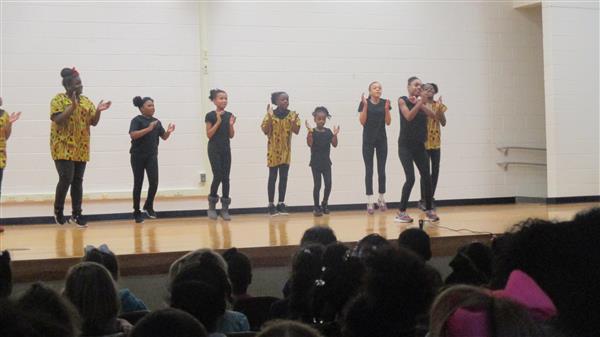 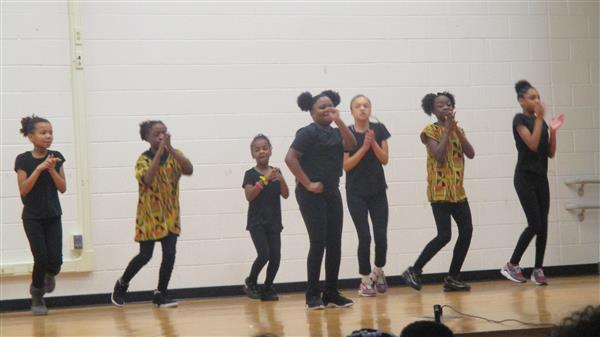 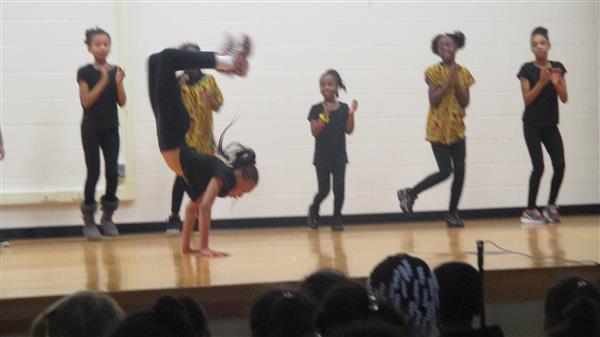 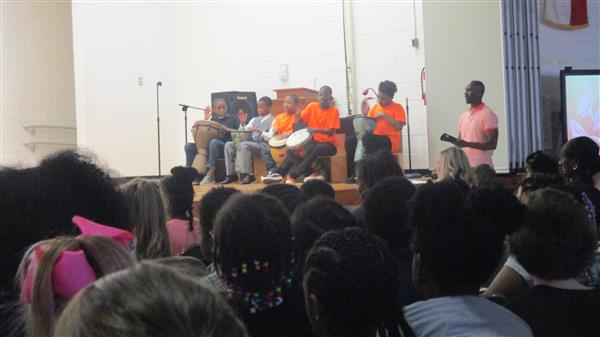 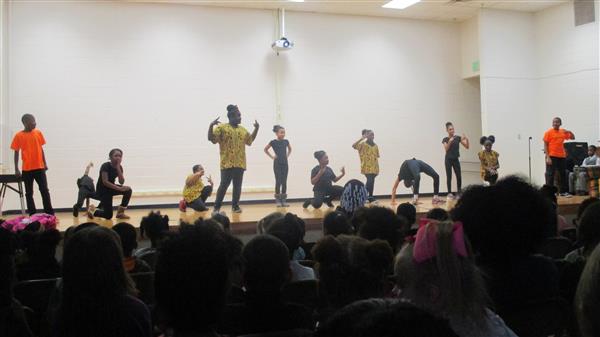 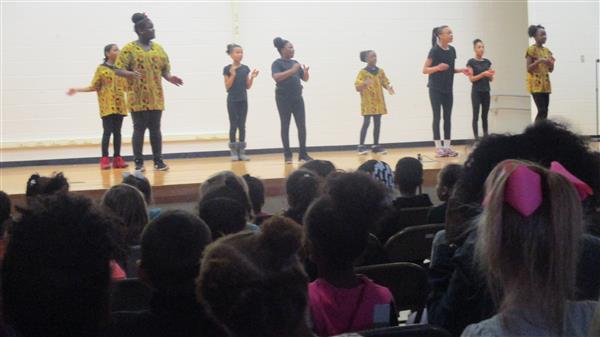 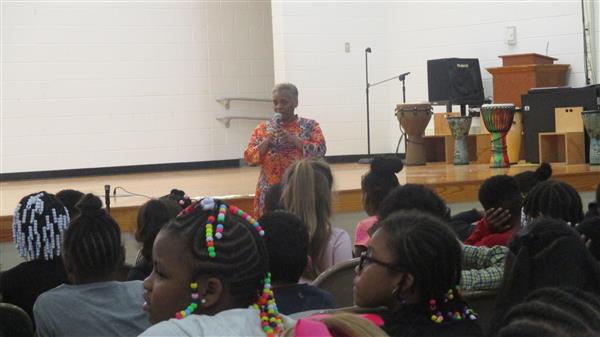 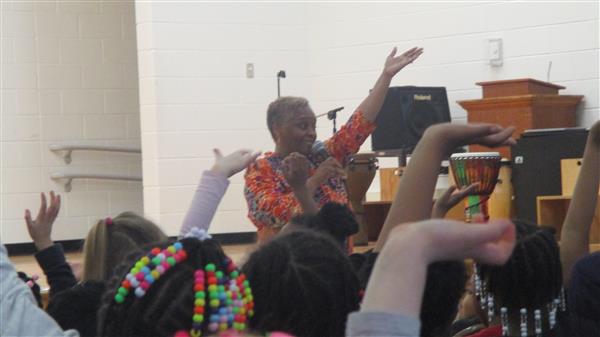 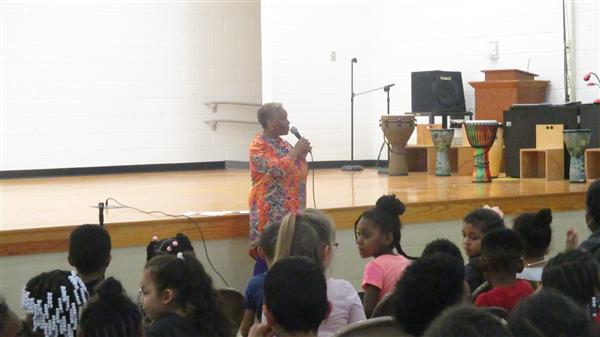 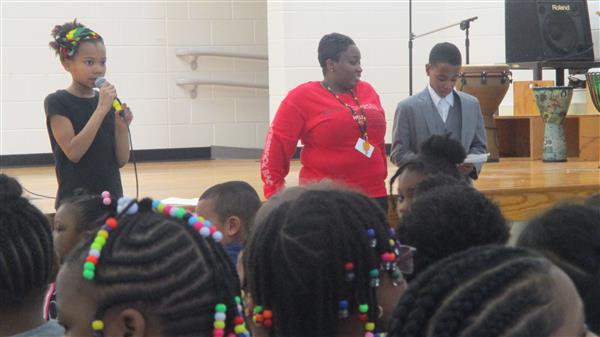 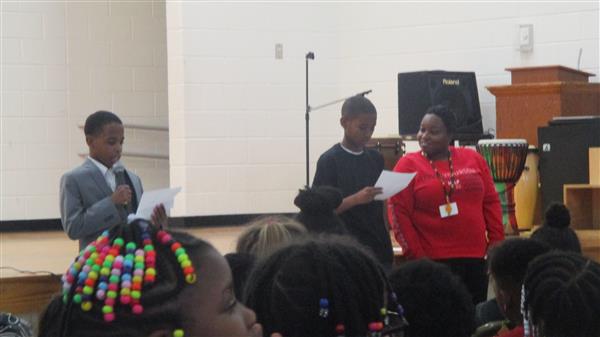 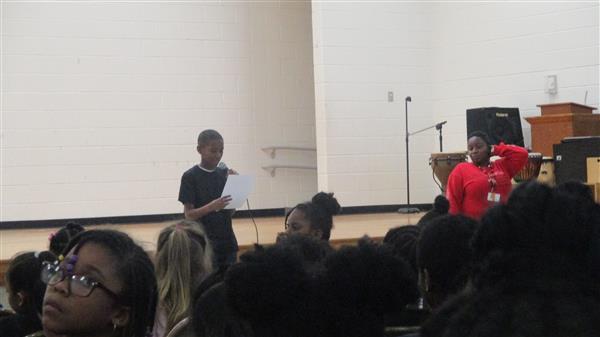