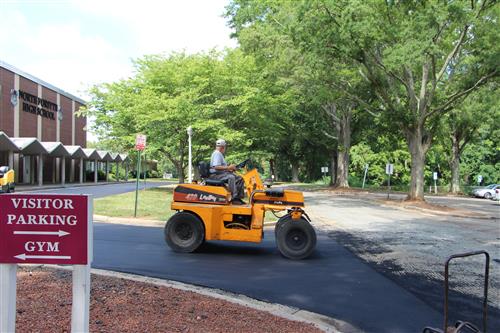 JULY 18, 2017 – Thanks to 1,000 tons of asphalt, everyone coming North Forsyth High at the beginning of the school year will find smoother driving and parking.

In recent days, workers with Angell Paving – under the supervision of owner Scott Angell – stripped a section of the roadway leading up to the school entrance and one of the parking areas.

On Tuesday morning, trucks filled with – depending on their capacity – 15 to 21 tons of asphalt each lined up, and the process of putting down new asphalt began.

By late morning, asphalt had been laid in the circular drive in front of the school, and Angell and other workers had smoothed it out with asphalt rollers.

Next began the process of laying down on the drive in front of the school the tacking that helps the new asphalt adhere to the stripped base. 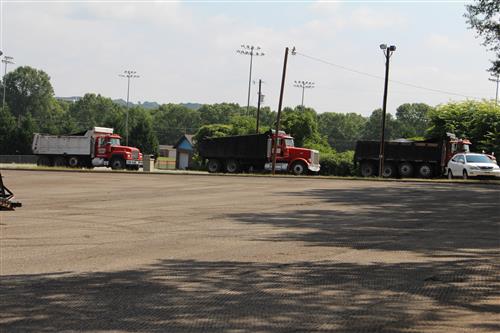 By the time the project is finished, Angell said, about 60 loads of asphalt will have been laid.

During the preparation process, about 60 loads had been stripped, Angell said, and about 25 percent of that can be recycled into new asphalt.

The project is one of many construction and maintenance projects being done throughout Winston-Salem/Forsyth County Schools this summer. Because they would be difficult to do while school is in session, they are being done during the summer break.

North Forsyth is one of 11 schools where paving and/or striping work has or is being done, said Carlos Sanders, the school system’s Capital Projects Maintenance Engineer.

A couple of others may be approved before the summer break is over.

At a number of schools, new pavement is being laid. At some schools, the work has been limited to painting new stripes on pavement. Because the painted lines don’t last as long as the pavement, that work has to be done more frequently, Sanders said. 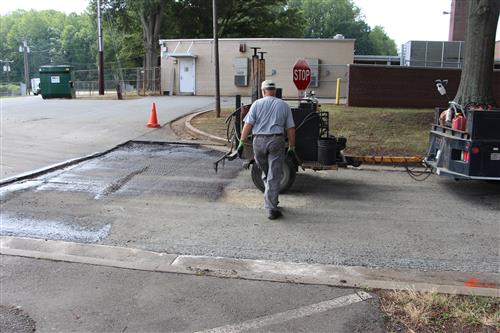 Another project planned for North Forsyth this summer, Sanders said, is refurbishing the tennis courts.

Other schools where pavement work has or will be done include:

Ashley is getting lots of other attention this summer. Projects there include replacing the HVAC systems.

Other major projects in the school system include renovating the kitchen and dining area at Winston-Salem Preparatory Academy, and, at Walkertown Elementary, replacing the roof and redoing the school’s drop-off and pick-up system.

And work on such bond projects as the new home for Paisley IB Magnet and Lowrance Middle continues.

The money for the projects comes from different sources.

Some projects are paid for with the money voters approved in the 2016 bonds. 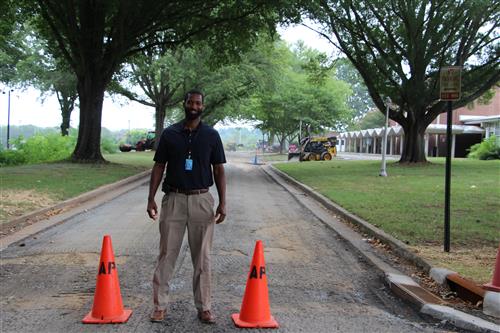 Some projects are paid for with what are informally known as two-thirds bonds. Every two years, Forsyth County can issue two-thirds bonds that do not require voter approval. The name refers to a state law that allows to issue bonds up to two-thirds of the amount of its net debt reduction from the previous year.

Other projects are being paid for with Capital Funding that Forsyth County provides the school system each year.